Despite having other recipes in the queue for this week, I couldn’t resist posting this incredible Coconut French Toast. I used real canned coconut milk and shredded coconut for this, and it came out so much better than I expected! 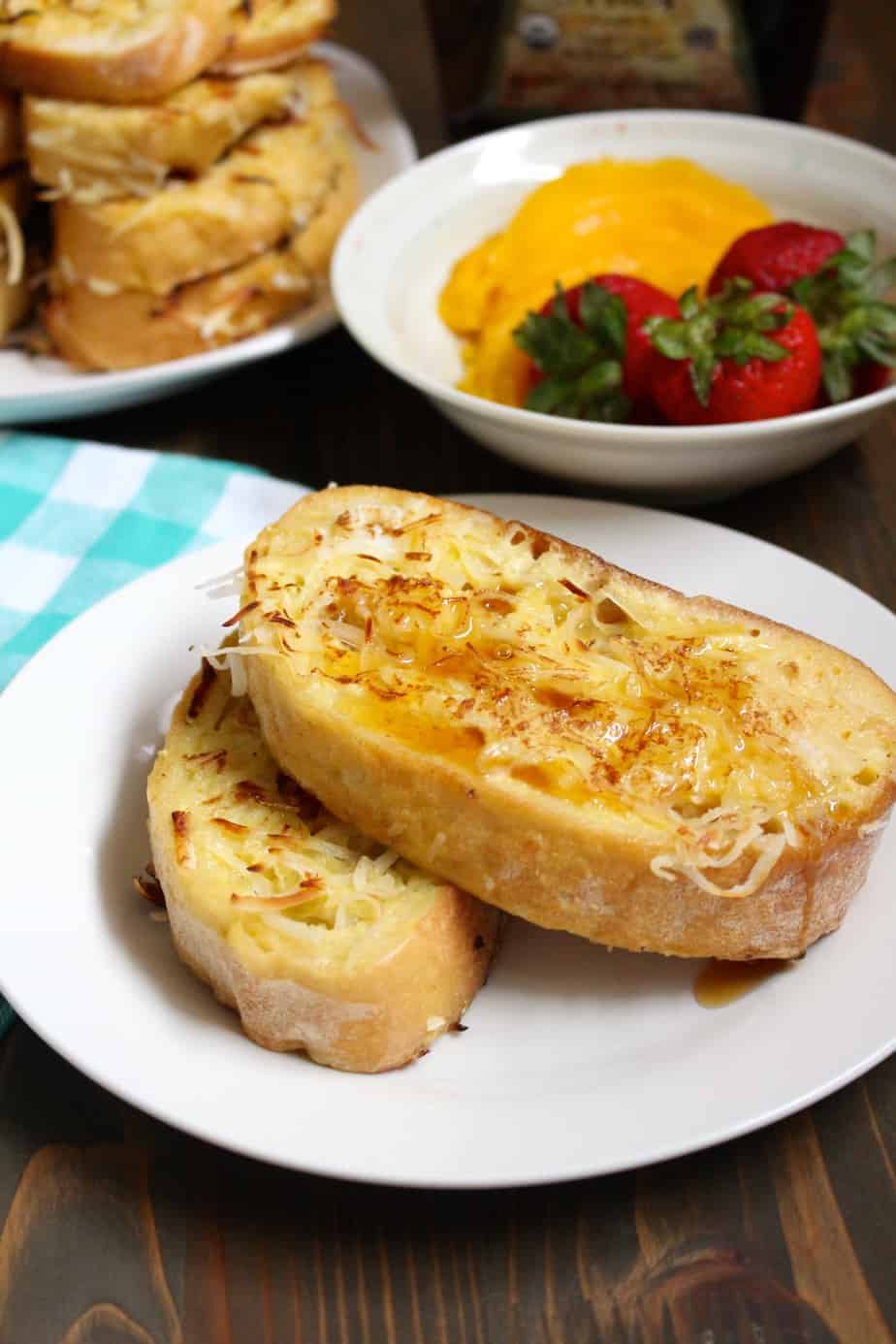 This tropical breakfast is just in time. I don’t care what the calendar says, the weather here in Baltimore says it is officially summer. With this crazy heat, which follows 4 straight weeks of rain, I can’t help but miss my San Diego home. And with it, Solana Beach’s Naked Café where my training buddy & I would go after a freezing cold / terrifying swim in Fletcher’s Cove. On the menu: Coconut French Toast. 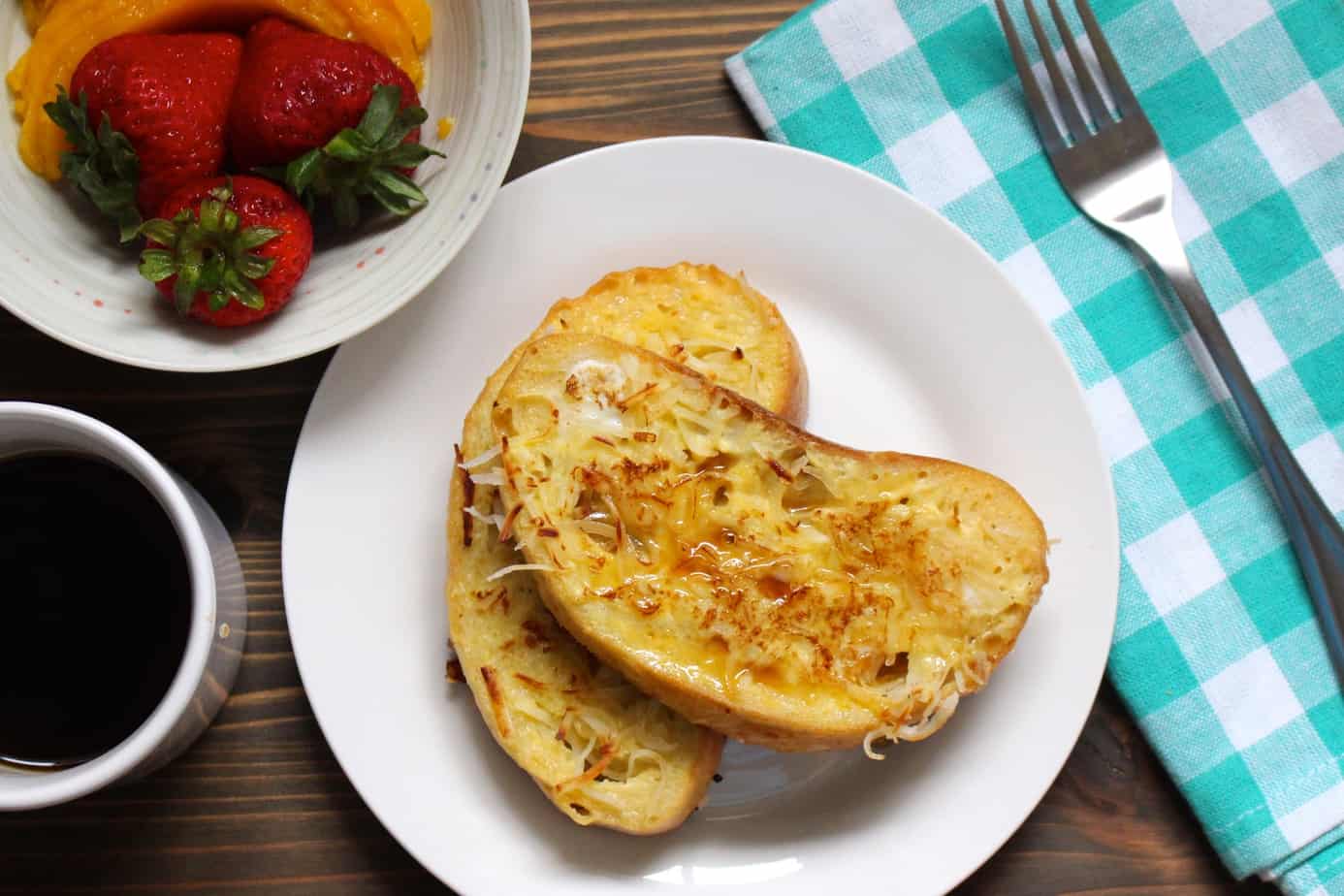 Whenever we had time between workouts and work, we’d sneak in breakfast at one of our favorite spots, and split one sweet and one savory dish. At Naked Café, we always split their coconut french toast. In an effort to channel those happy post-swim-bike-run breakfasts, I made coconut french toast at home here in Baltimore and it’s awesome. This is what happens when you don’t specify unsweetened shredded coconut and your boyfriend accidentally buys sweetened and you have no idea what to do with it. It might have been the wrong product, but this coconut french toast is so right.

This recipe makes about 4 servings. I found a loaf of ciabatta bread at Whole Foods for $3.99 and used about 2/3rds of it for this recipe. I also used sweetened shredded coconut from Trader Joe’s this time around, but I would try it next time with unsweetened. However, with the sweetened coconut, I used hardly any maple syrup at all. Also, you can definitely choose to go with butter, coconut oil, or nothing at all in the pan. We tried all 3 and found that the coconut oil was hotter so it made the shredded coconut a bit browner, but otherwise the difference between the three methods was unnoticeable. 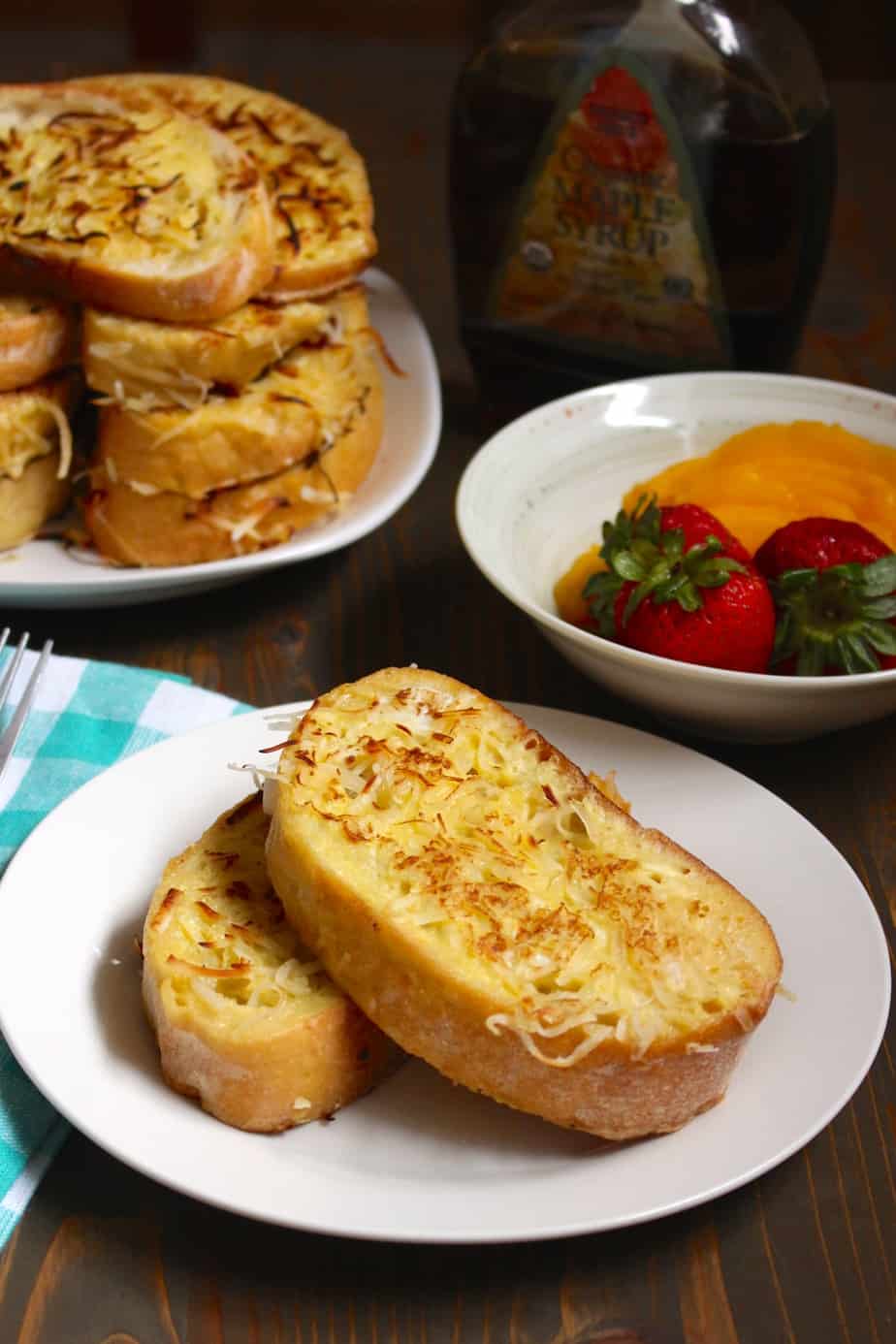 Paired with strawberries & mango, this was plenty of food for our Sunday morning and I hope you’re lucky enough to try it this weekend!

Use canned coconut milk – you can find it in the Asian/International aisle.
Any bread should work here, but I highly recommend something chewy, like a bakery loaf, for optimal flavor & texture. We used day-old ciabatta bread. 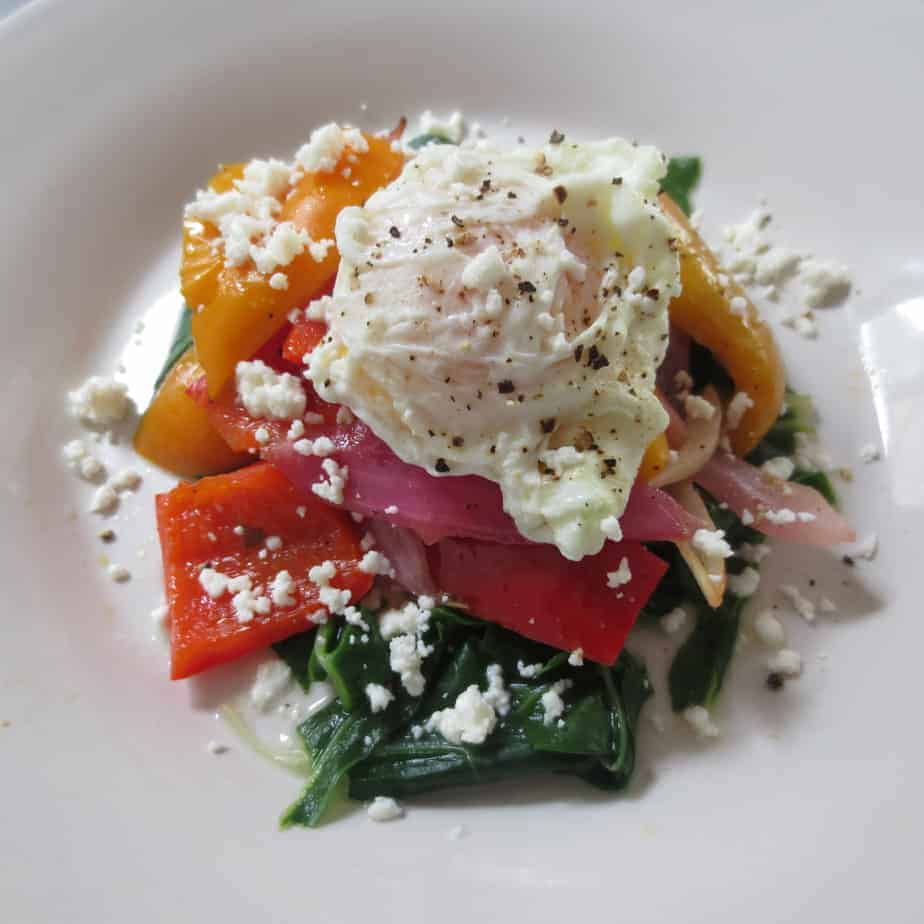