This recipe is an ode to my parents. Well, not really, but I will give them some credit here. When we were kids, they were the masters of the picnic basket. Road trip? Drive-in movies? Camping? Going to see an outdoor play? Transatlantic flight? They were always prepared with coolers full of sandwich fixin's and drinks (long before liquid regulations on airplanes) and fruit and snacks. I was a picky kid so I was mostly excited about roast beef sandwiches and Capri Sun, but they would always make balsamic cucumbers. I remember containers of balsamic cucumbers living in our fridge on the regular. I didn't like cucumbers, and I despised balsamic. 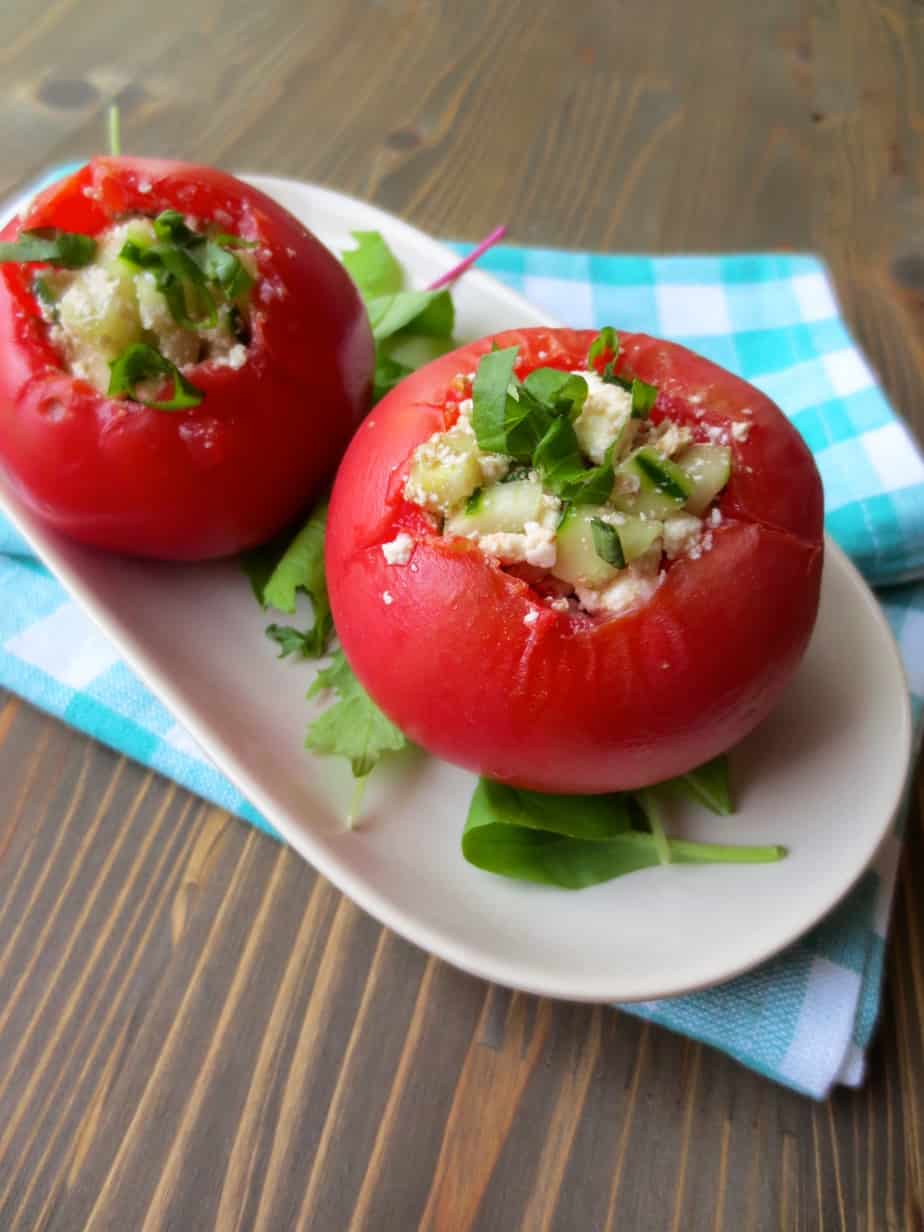 Well fast forward a couple of decades and I absolutely love balsamic vinegar, so why not try balsamic cucumbers? And why not add feta cheese? And you know what's great with feta? Basil. Stuff it in a tomato because that makes this super easy recipe suddenly blog-friendly, right? So that's what I did.

I've actually been eating this a lot over the last week since Zac was in Russia and I could get away with being super lazy. One night I ate a peach, (bakery-made) cheesy bread, and jarred pesto for dinner. Another night was wasabi chips and a whole head of broccoli. But my lunch game was on point! As you'll see from this picture. Here's a tip: if you want to eat this with your hands, I recommend cutting the tomatoes in half, then scooping out the seeds and stuffing the halves. It might be a bit drippy, but it is totally manageable with your hands. 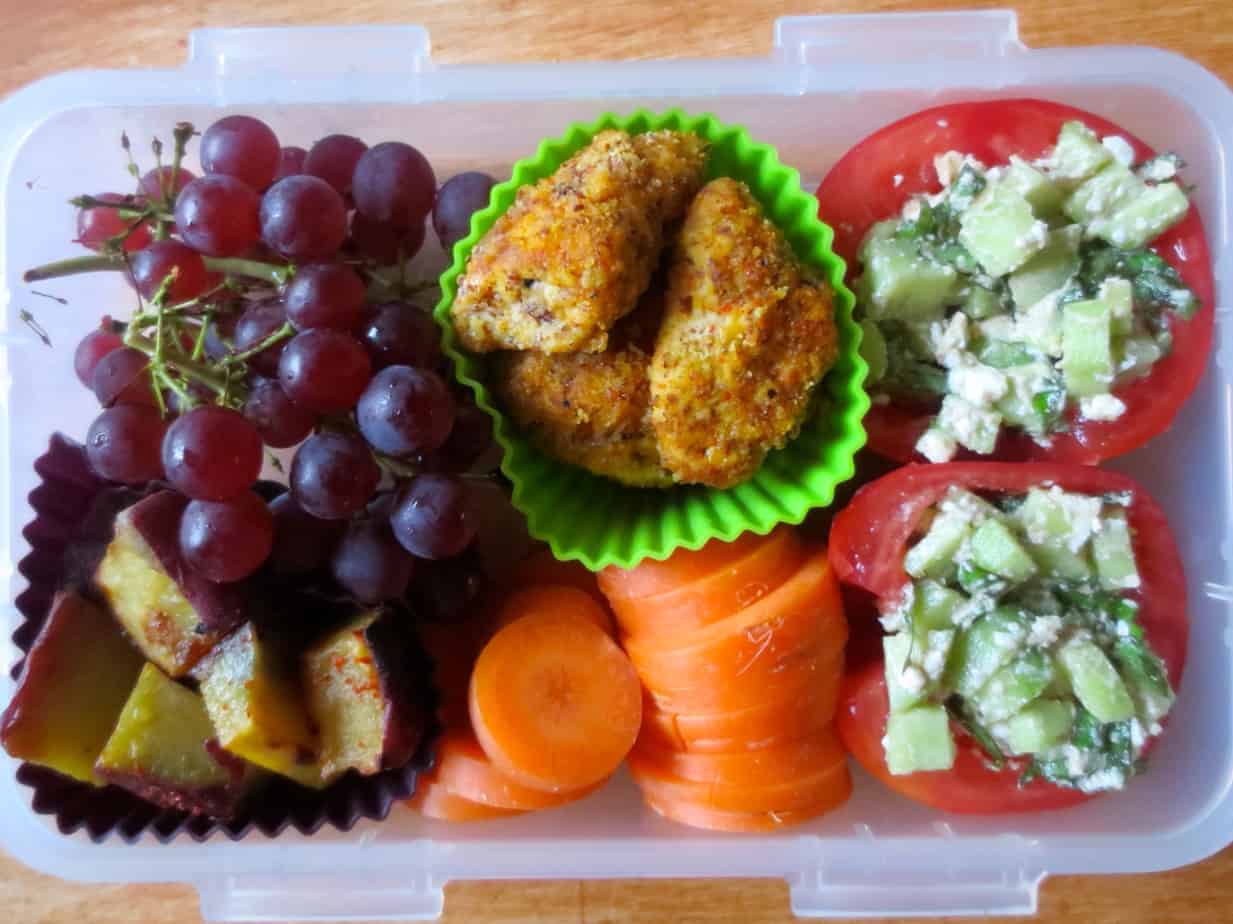 Do you have the most delicious tomatoes happening right now? I fondly remember getting an entire box of free heirloom tomatoes last summer in San Diego. I used them to make delicious things like Pesto Quinoa with Roasted Tomatoes, which I really miss right now. I think we can all agree that summer tomatoes are really the only tomatoes worth eating. We've had some really good ones for the last month or so.

BUT, they're slowly disappearing. In fact, the best tomatoes I found were from this little produce market about 4 blocks away that also sold bell peppers for about 50 cents each (or sometimes 3 for 100 yen - $1!), and a whole bunch of other awesomely cheap produce. And now they're closed. At first I thought they went out of business, but they're remodeling. However, they won't re-open until NEXT APRIL. Great. I was so excited about that produce shop.

So it's back to the regular grocery store now. Which isn't that exciting. They still have some good-looking tomatoes, but they're like $1.50 each. WHY, JAPAN, WHY?

Anyway, I'm going to leave you with this really super easy recipe.