I’m not a trendsetter. I’m not even ahead of the curve when it comes to food things on this blog. I know about them early on, I read about them, and sometimes I even try them, but it usually takes a while. Today I’d like to welcome a new trendy ingredient to my blog: aquafaba! 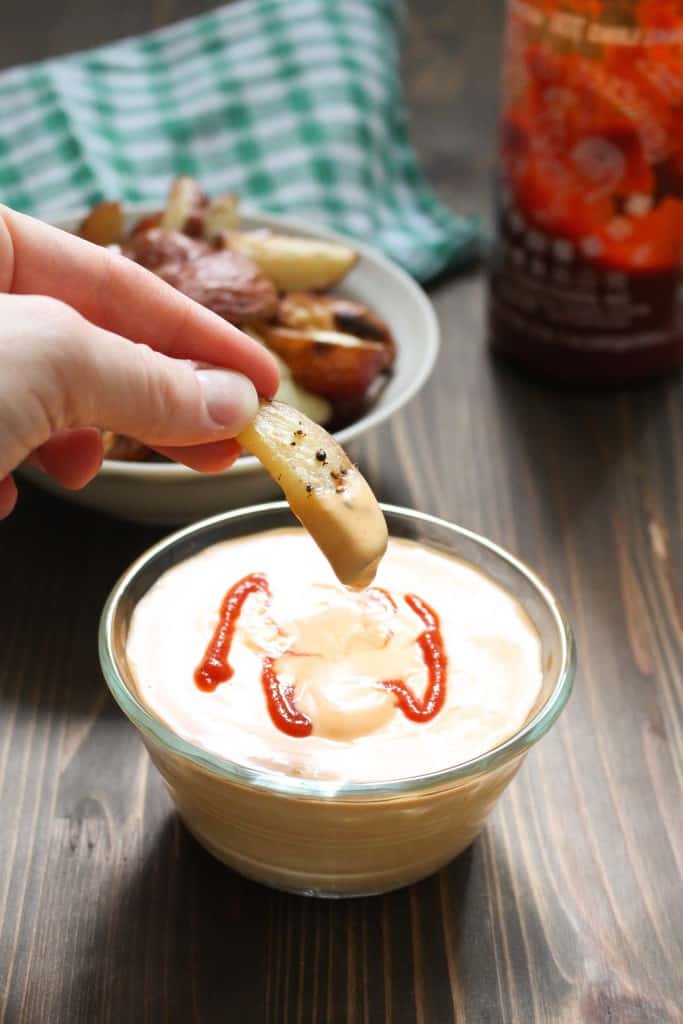 For those of you who don’t obsess over food and food blogs on the regular, aquafaba is the term used to refer to the thick liquid found in a can of chickpeas (and other beans). Sometimes it’s called Chickpea Brine. I’ve been throwing that stuff away for YEARS, but maybe about a year ago I heard about aquafaba as a substitute for eggs in a bunch of different applications. I thought about trying it, I read many many blogs about it, put it on my list to test, and then never followed through. But then it BLEW UP. Seriously, aquafaba even has fan pages. People are obsessed. They’re making meringue and mousse, and nougat, and ice cream, and frosting, and brownies, and now, aioli.

This aquafaba aioli idea is what finally inspired me to try the aquafaba craze. Two cans of chickpeas sat untouched in my pantry for months as I just went about my cooking-beans-from-scratch everyday business. And then I was at a conference chatting with Rachel from My California Roots and Brittany from Words Like Honeycomb and they started gushing about aquafaba aioli. Rachel had a recipe for Vegan Chipotle Aioli up on her site so I decided to finally give it a try. I also checked out this version over at Serious Eats, and really like the suggestion of adding in a few whole chickpeas to stabilize the emulsion. I didn’t try it because my chickpeas had already turned into Chickpea Ratatouille, but it seems like a good plan. 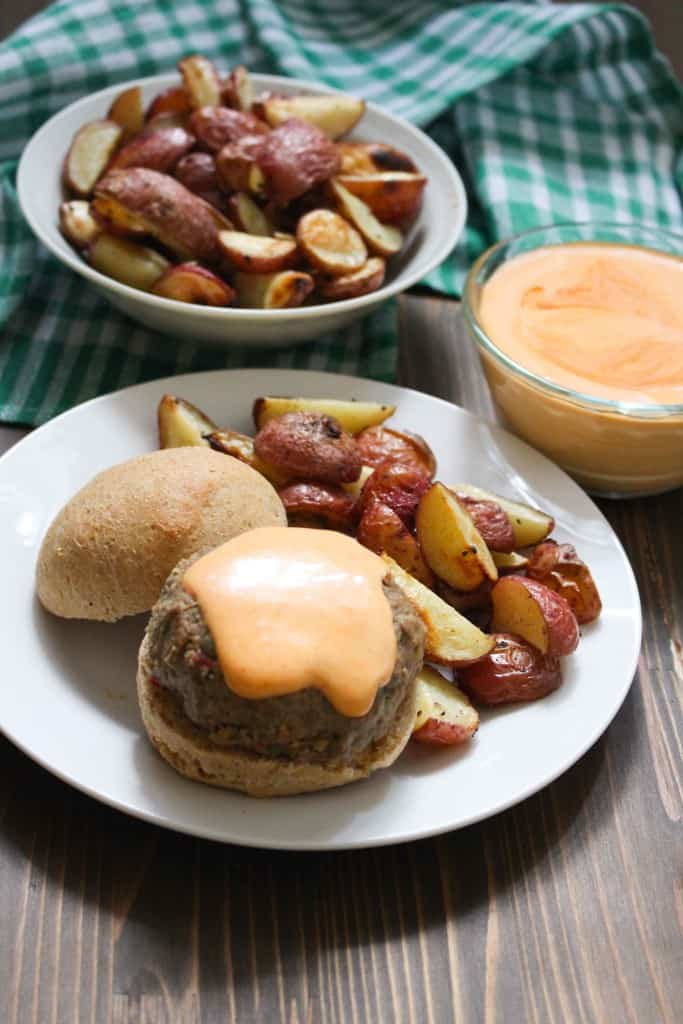 Things I learned: definitely follow the order of operations here, and don’t try to speed things up. Just let the magic emulsion happen. Also, aquafaba is basically FREE, while homemade aioli/mayonnaise requires 1-2 egg yolks. If you’re super into eggs with dark orange yolks, and you spend a minimum of $3.50 per dozen, then there’s something slightly sad (but also awesome) about turning your beautiful yolks into sauce. I mean, I love me some hollandaise, but for the sake of budget-friendliness, why wouldn’t you just save the egg for a sunny-side-up kind of morning and use the aquafaba instead? 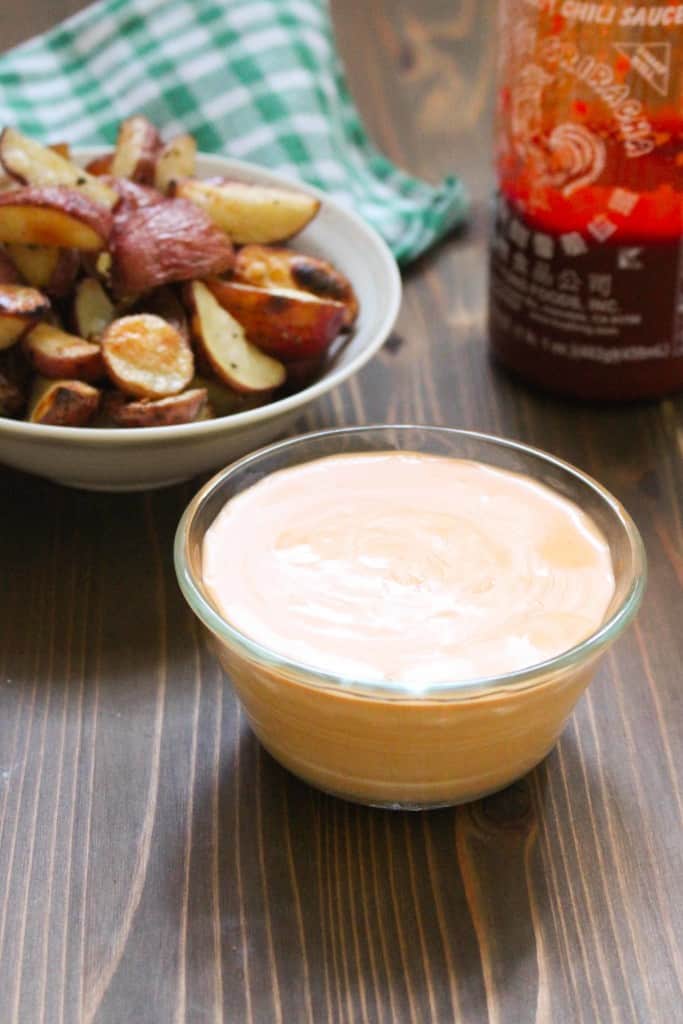 Vegetarian: YEP, and Vegan!
Paleo: Um, erm, no? I’d guess probably not really due to the legume contamination and the sugar in the Sriracha. But you can make homemade Paleo Sriracha from Nom Nom Paleo, and homemade Paleo aioli. Then mix them together.

I really like the idea of adding chickpeas as a way to stabilize the emulsion and make it much thicker, however, I personally didn’t try it this time around. If you try it, please let me know! Serious Eats: Vegan Aquafaba Aioli 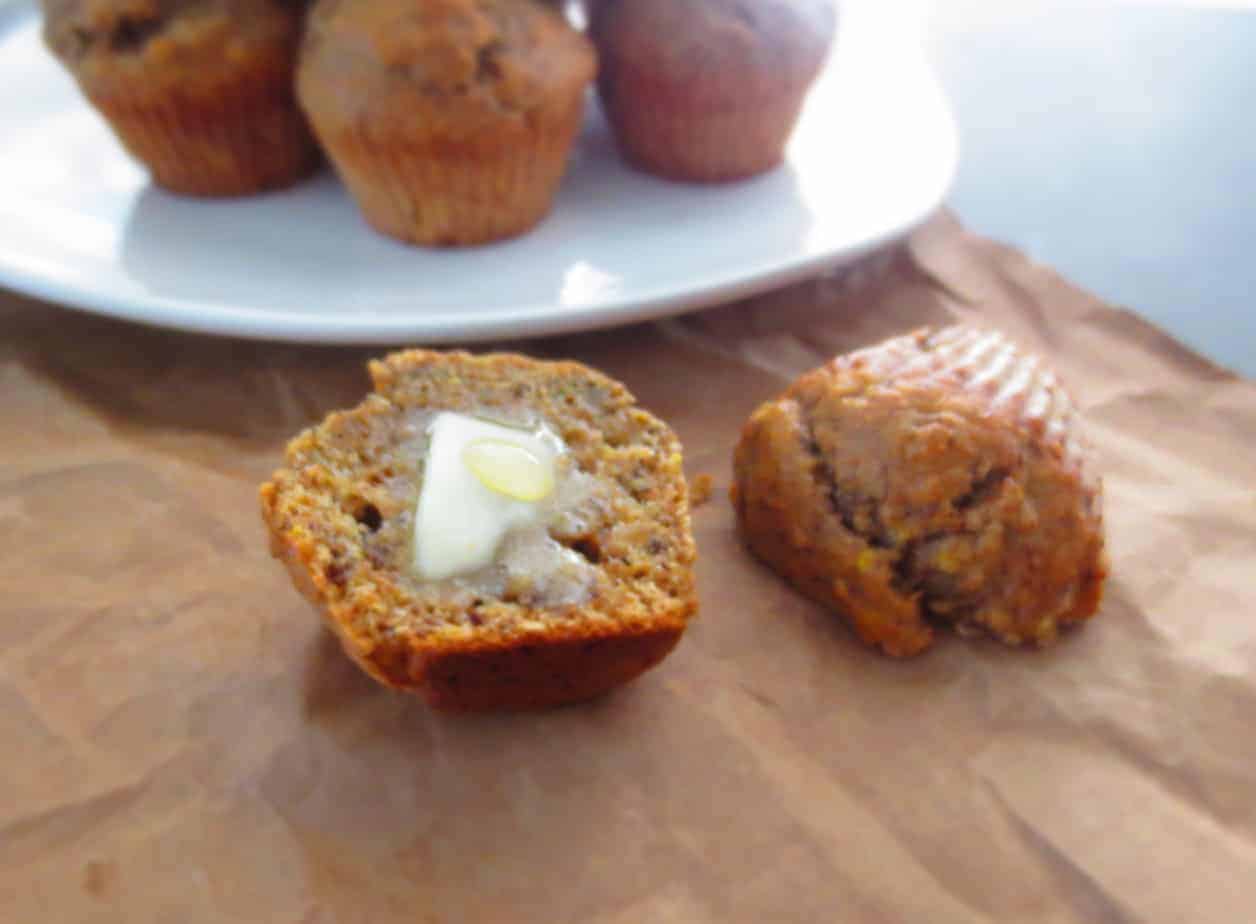