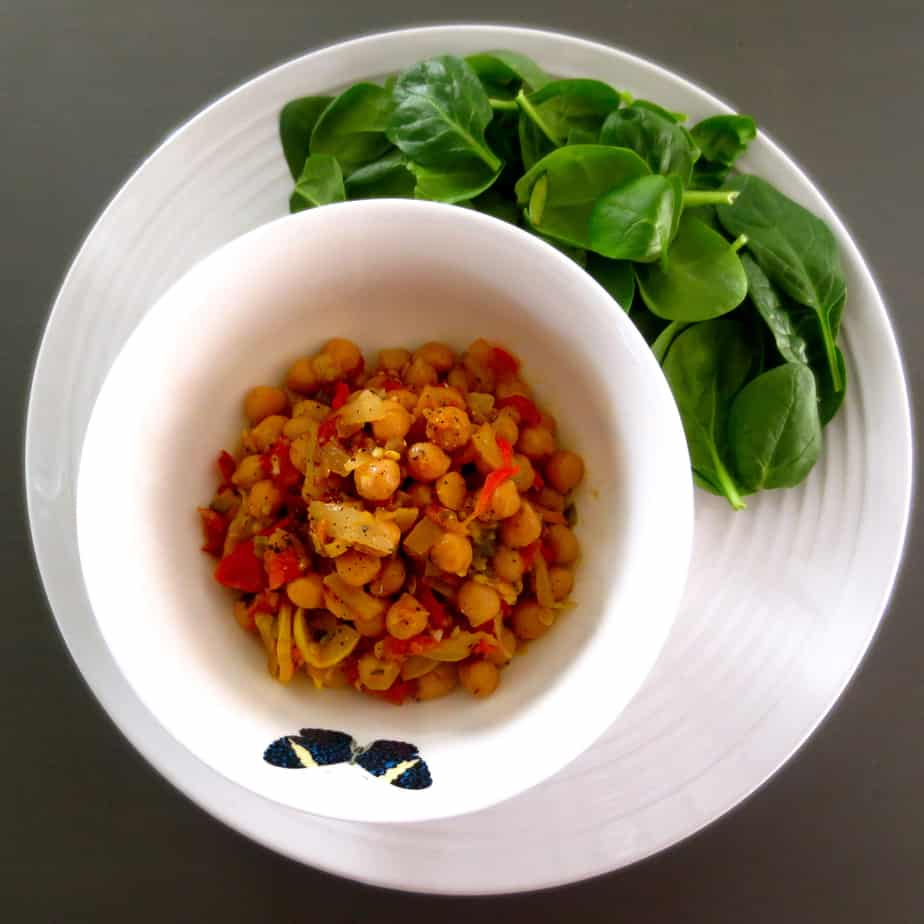 Did you ever see that movie Forks over Knives? It had quite an impact in our home about two years ago. We watched it after a massive grocery store trip in which I bought wayyy more meat than I normally would because Zac was more of a meat-past-bacon kind of person back then. And immediately after watching the movie he declared he was vegan. Nope nope nope. NOT COOL. It was a challenging month together, right before our epic trip to Asia. Eventually he got over it and together we’ve found a healthier balance between forks and knives. 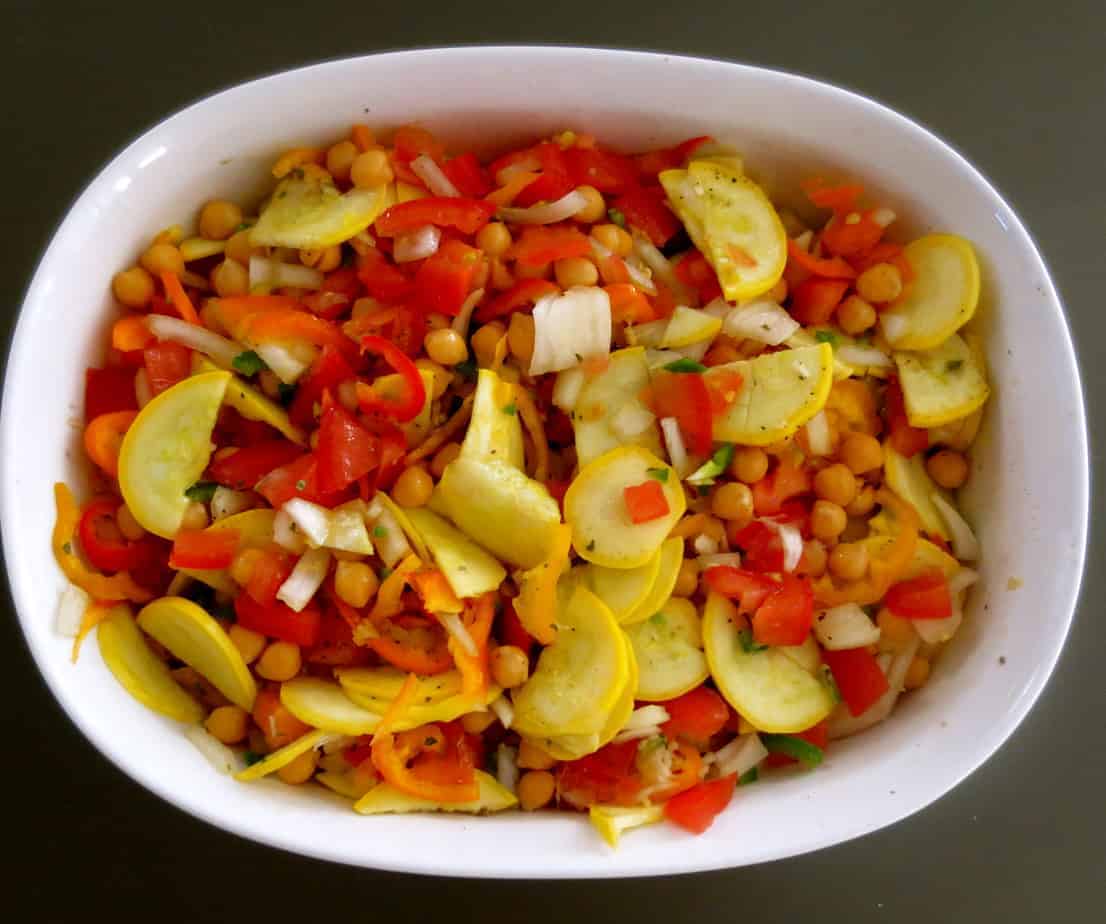 Which leads us to this recipe, which is adapted from the Oven-Baked Chickpea Ratatouille found on the Forks Over Knives website. Garbanzo beans are pretty popular down in Peru, and after reading this unique concoction of flavors, I decided to give it a shot. With a few price-related modifications, it was a hit right from the start! Between this, Hawaiian Lentils, and Quinoa Lasagna, we had plenty of go-to meals in South America. Not to mention all the homemade pizza and not-so-homemade chicken and french fries. For real, don’t mention it. I love french fries. 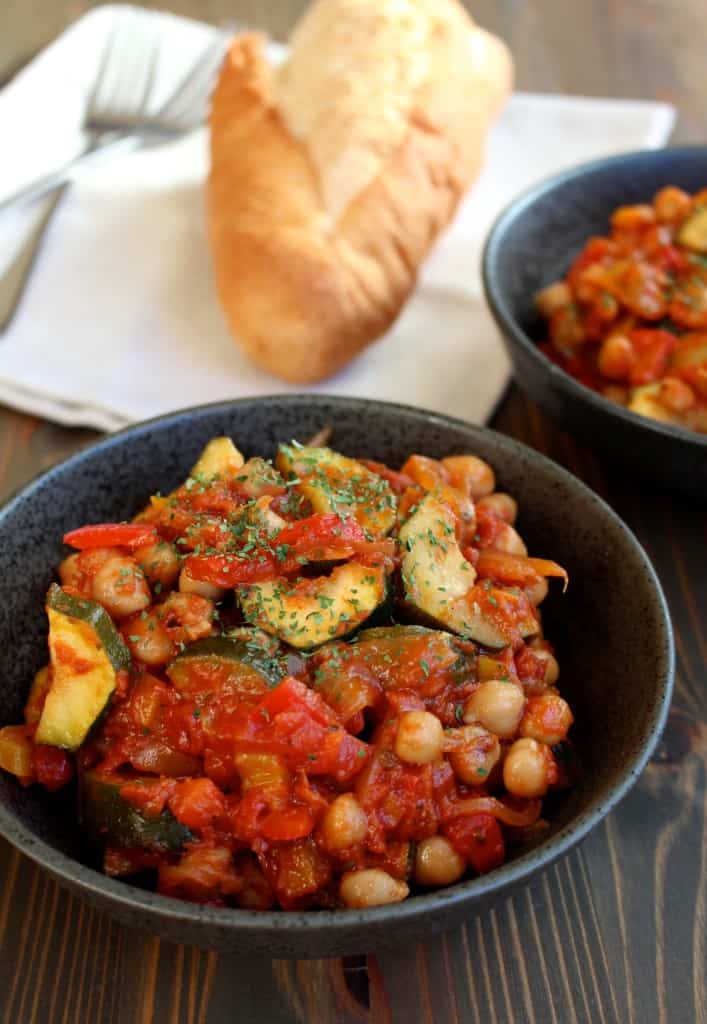 In Peru, I think the chickpeas were something like a dollar per pound, dried, which is a much better deal than buying them in the cans in the states. However, I made and priced this in the states over the weekend. Aaand accidentally bought organic chickpeas from dry (does anyone know anything about organic vs regular beans? I’ll have to do some research.) and they were $3.49 a pound. That was slightly shocking, but it’s okay. You win some, you lose some. Here’s a price breakdown for ya:

The total cost of this meal, with mostly organic ingredients, comes to about $5. Also, the bell pepper came from a $4.50 bag of baby bell peppers, which is why it’s so cheap. This recipe is about 4 large servings, but you could easily stretch it to 6 if you serve it with quinoa, whole wheat pasta, or homemade whole-wheat naan as we normally do. I’d also recommend using canned or jarred diced tomatoes, but I don’t know enough about all the insanity with tomato acid and BPA and all that, and I haven’t gotten around to doing the research. I’m in CA so we can still get decent tomatoes from AZ or Mexico all year (not very sustainable though).

Anyway, this is a somewhat spicy dish with a unique flavor profile, and I highly recommend it! 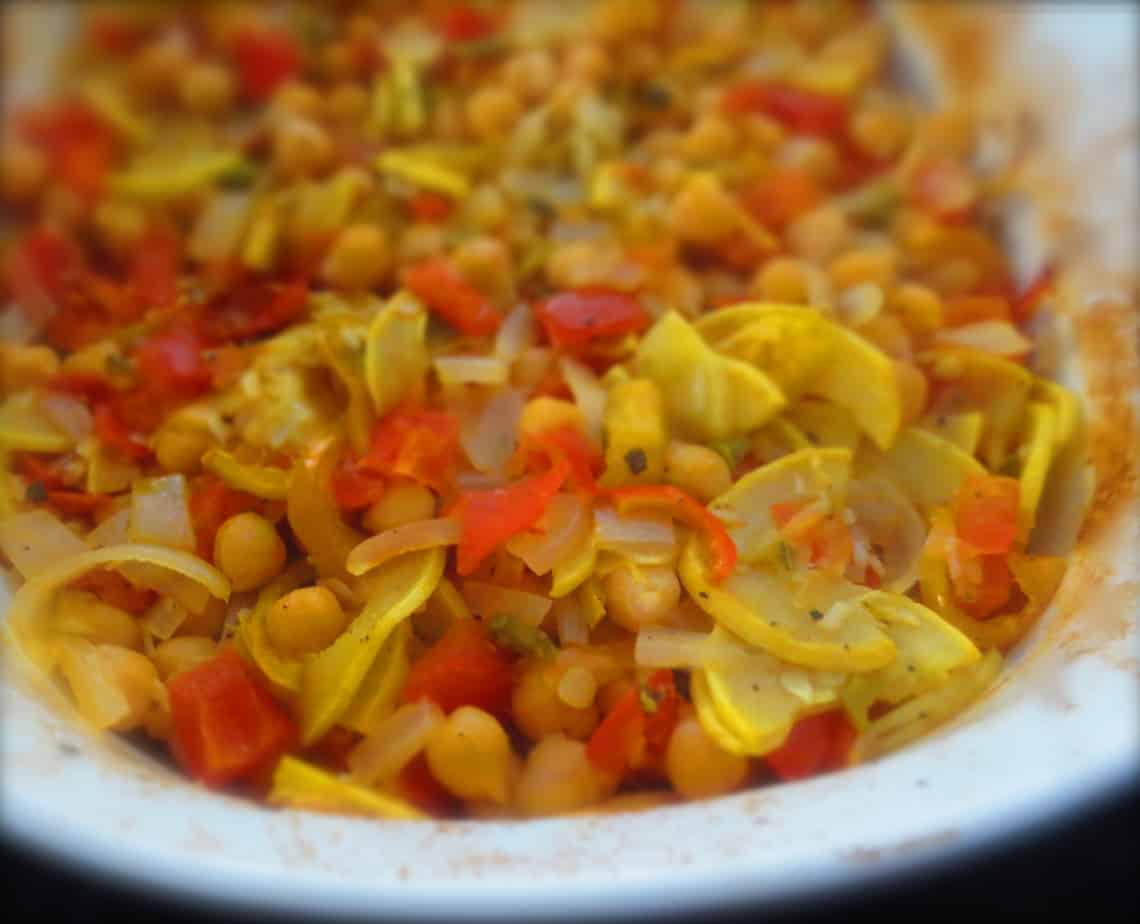 Previous Post: « How Much Does It Cost to Drink a Green Smoothie Every Day?
Next Post: 100% Whole Wheat Carrot-Applesauce Muffins (Adapted From 100 Days of Real Food) »