Why have I not made sweet potato hash until now? Is it because all my previous attempts to make regular hash failed? Is it because I just had to wait until we were on our way out of Japan, home of some of the best sweet potatoes in the world? Why did I wait so long? Look how crispy: 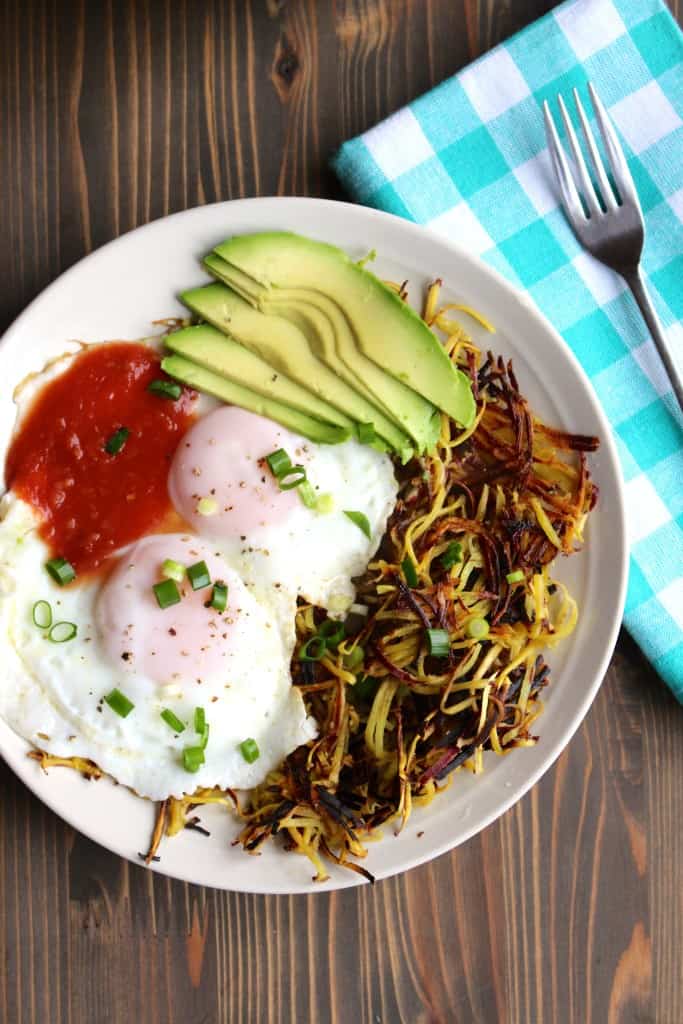 Sweet Potato Hash is awesome. I made this three days in a row for breakfast. Partially because we had a bunch of sweet potatoes and we were moving out and we had to eat our remaining food, but largely because it's delicious. I could have made plenty of other things with those lingering sweet potatoes. I chose hash. 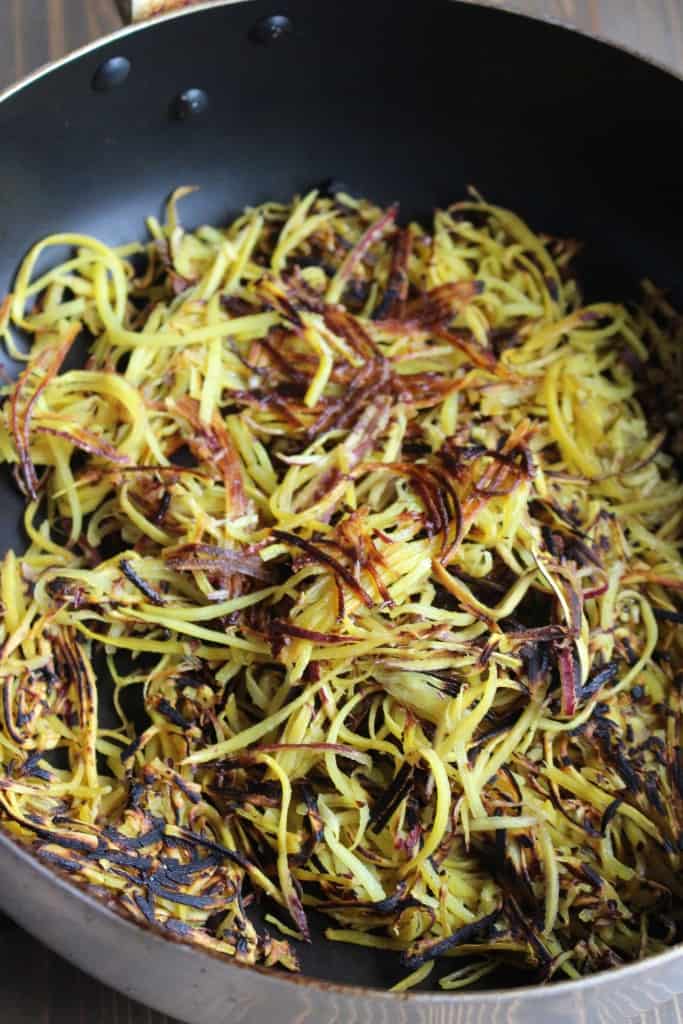 You need a nonstick skillet. Maybe you can use a very well-seasoned cast iron skillet. But, you should probably just use the nonstick skillet. Just don't use a stainless steel pan because you will probably end up with a lot of potatoes stuck to the pan. Or worse, stuck to your friend's pan when you think it's a great idea to make breakfast for your hosts. Oops. 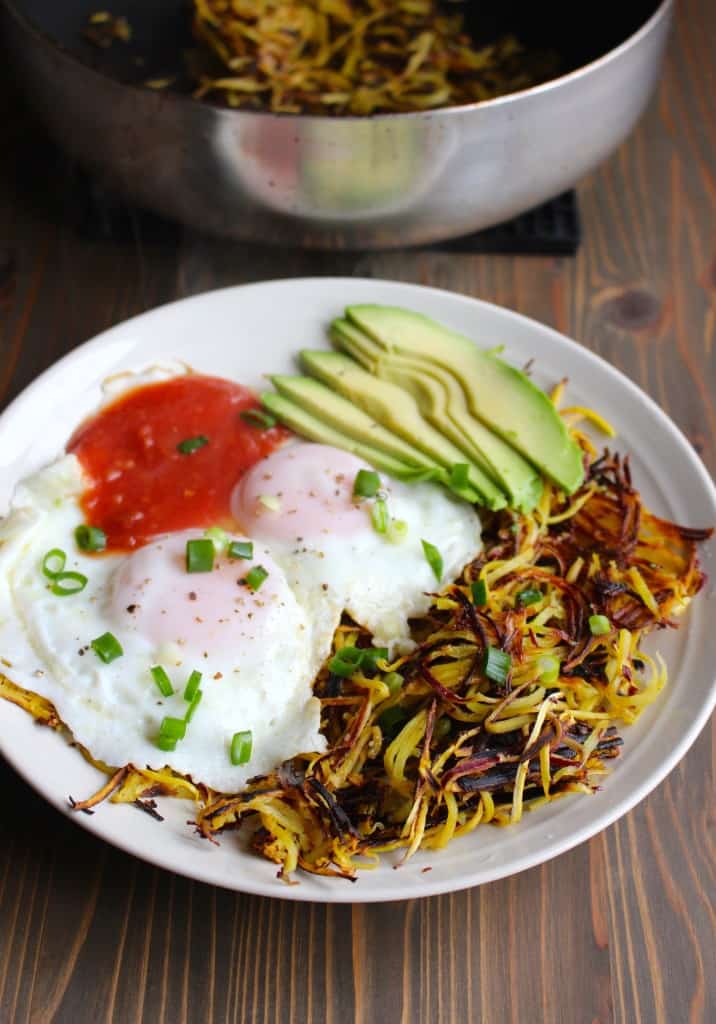 I get that nobody has time to make this on a weekday, and I get that we only get two days per week to make a fancy breakfast. So I vote we all make it for dinner! :) It's awesomeness in a pan.

Serve with fried eggs, or make it a dinnertime affair with fajitas, tacos, roasted vegetables, or burrito bowls.