This combo sounds so weird, I know. And I don’t know what part of my brain thought Nom Nom Paleo’s spicy tuna cakes would be a good idea. Canned tuna and sweet potatoes? What is that, armageddon food? Probably. But with the right combination of spices and a few add-ins (carrots!), they’re really super delicious. I promise. 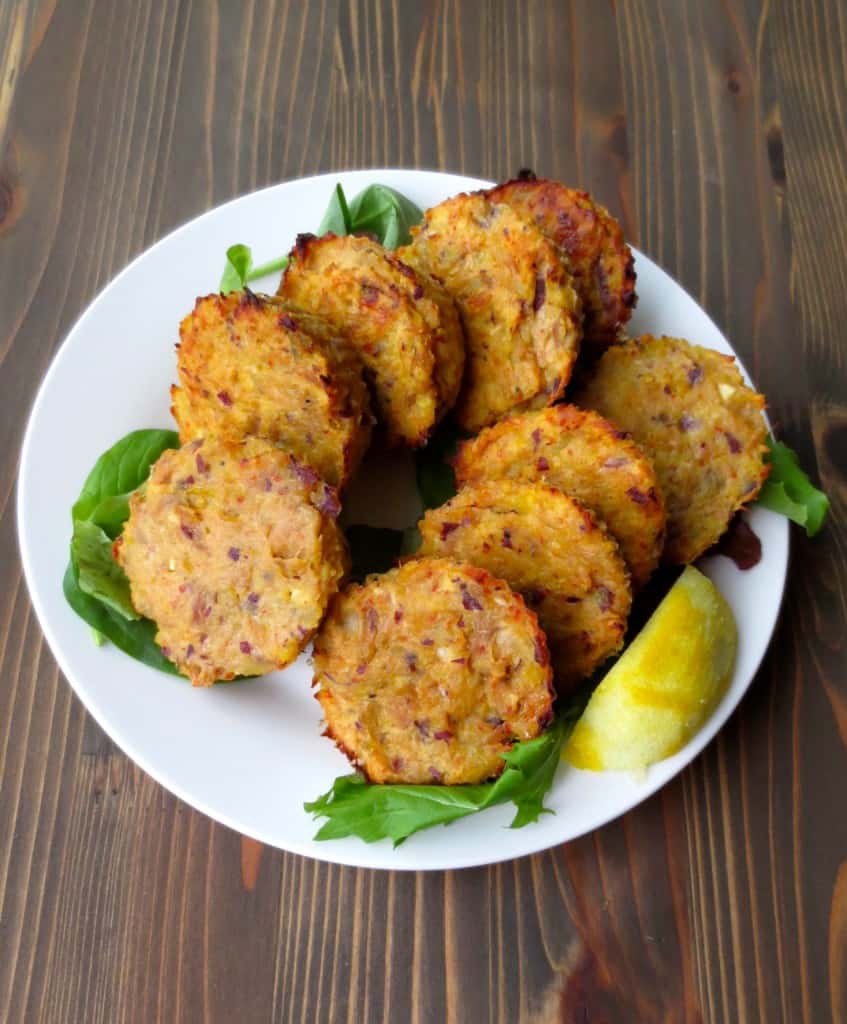 They’re really really easy to make and they’re good both hot and cold, which means they’re perfect for adding to lunch boxes. I changed a few things from the original recipe, and I have to say that I actually like the updated version better. I added carrots and lemon juice, and to keep things a bit cheaper, I opted for ground coriander instead of fresh cilantro, and red onion instead of shallots. All good changes. I’ve also just discovered habanero peppers here in Japan, so that’s that next thing I want to add. Pump up the spice. 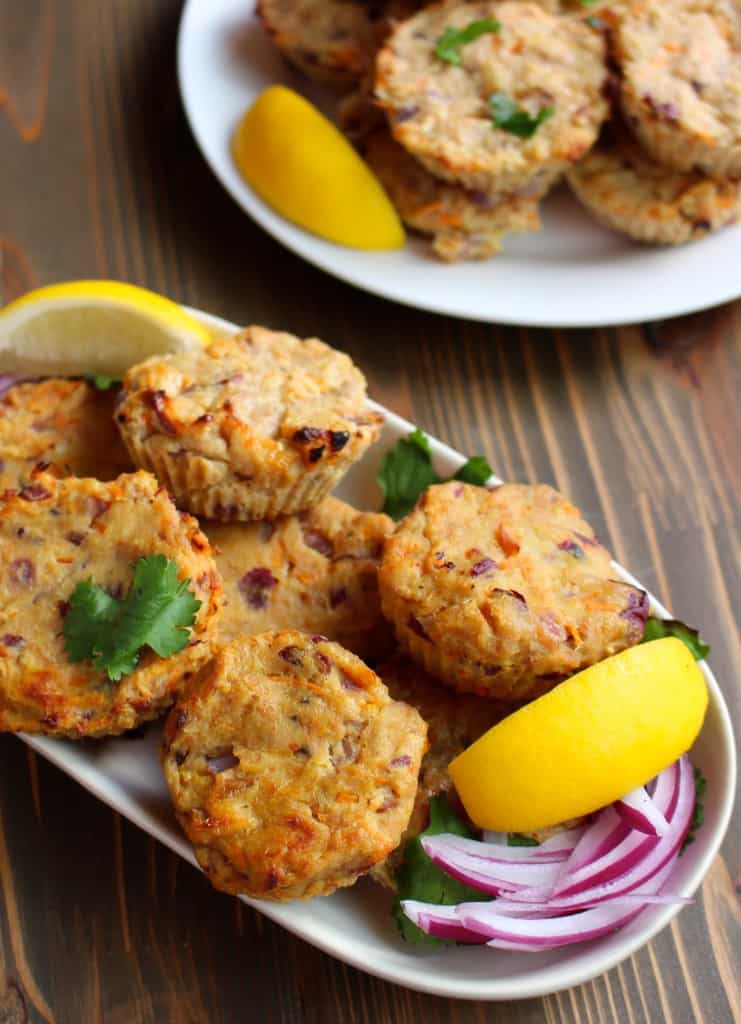 Eat these warm or toss them in a bento box! They’re great cold, hot, crispy, warm, and room temperature. Also, it doesn’t hurt to add a lovely Whole Wheat Cheddar Jalapeño Scone while you’re at it. 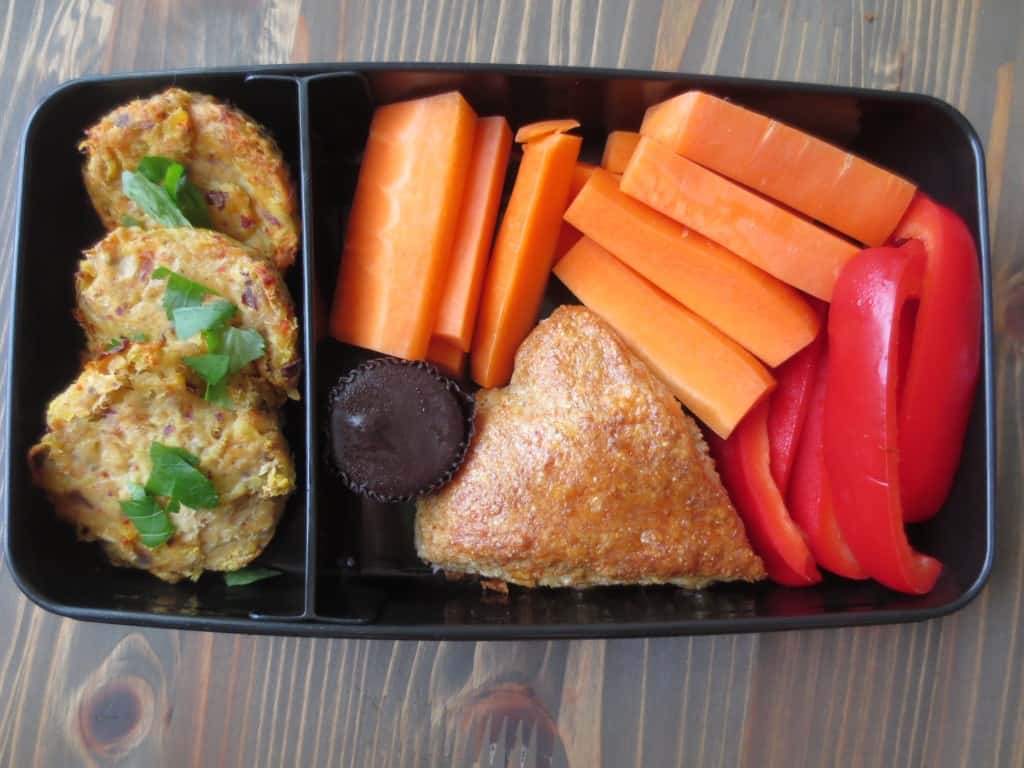 In other news, I kind of took a break from blogging. One measly post last week and then nothing this week until now. I didn’t actually plan it. But when it was Monday morning and I realized I had nothing photographed for the week, I thought: that’s OKAY. Because who wants me to pull something together quickly just for the sake of filling the blog? Not you, and not me. So I skipped it. I had a lot of other things going on, and I had tried about 6 recipes in the past week and none of them were right, so here they shall NOT go.

Speaking of “other things going on.” That was code for severe jetlag + fun hangover. I’ve been slowly recovering from my week in the states (where my lovely friend got married) with friends and family. I returned to Japan, and I think I left part of my brain and part of my heart behind. I’ll have to retrieve those pieces at some point, but for now (10 days later) I’m still functioning at about 80%. Fun hangovers are the worst! I’d rather lay up on the couch with a 2-day booze hangover than struggle through a fun hangover. Having a little fun everyday should be everyone’s life goal. Right? How about that for an October resolution? 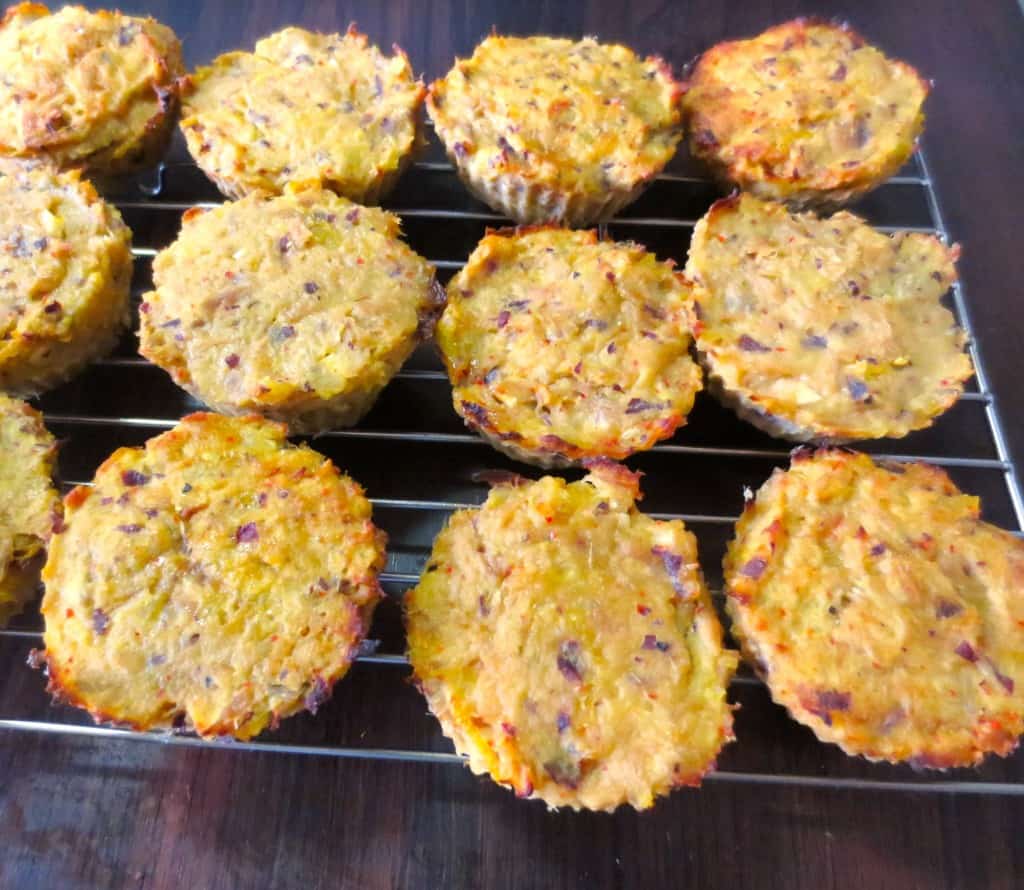 When I returned home (to Japan), I discovered that there was exactly NO food left in the house. (Good thing I brought an ENTIRE SUITCASE full of food back from the states.) When I left, the freezer was packed to the gills with spicy tuna cakes, oatmeal raisin bars, coconut chicken satay, and sausage-mushroom bolognese. When I returned, it was a sad freezer with only ice cubes, chicken broth, abandoned sauces, and ginger. I love having a stocked freezer, and I’m really looking forward to one day having a normal ADULT-SIZED fridge and freezer. What is it with the small fridges everywhere I go? They have just enough room for condiments, and two days’ worth of vegetables. It takes like 8 months to get through a jar of tahini, so it just gets moved around as I play Tetris with the fridge about 10 times a day. Please tell me I’m not the only one.

Anyway, without a segue: recipe time. 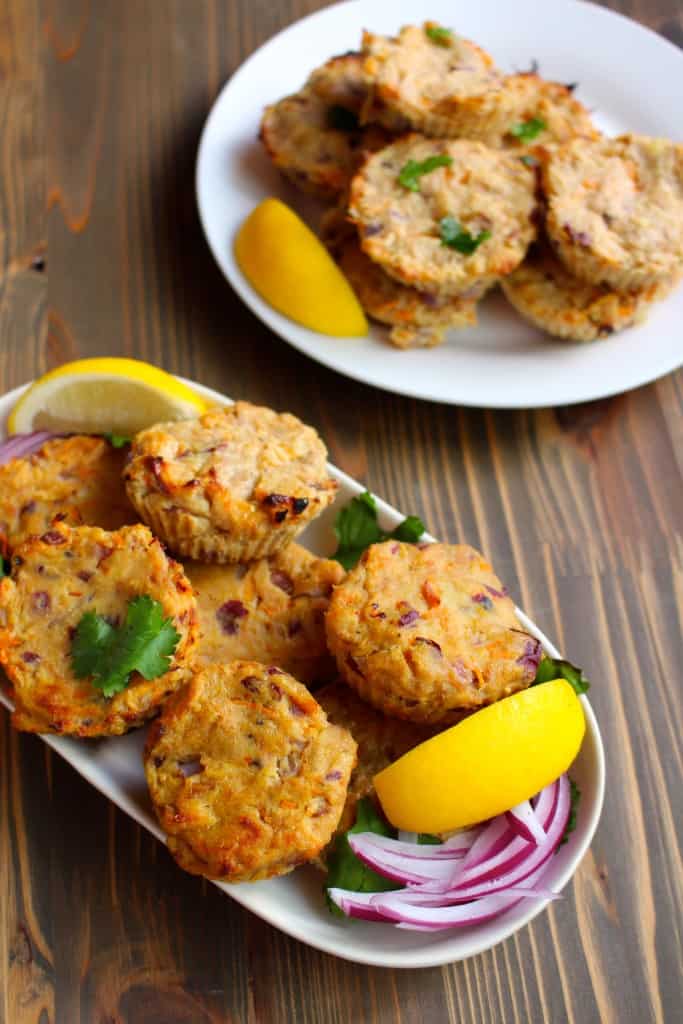 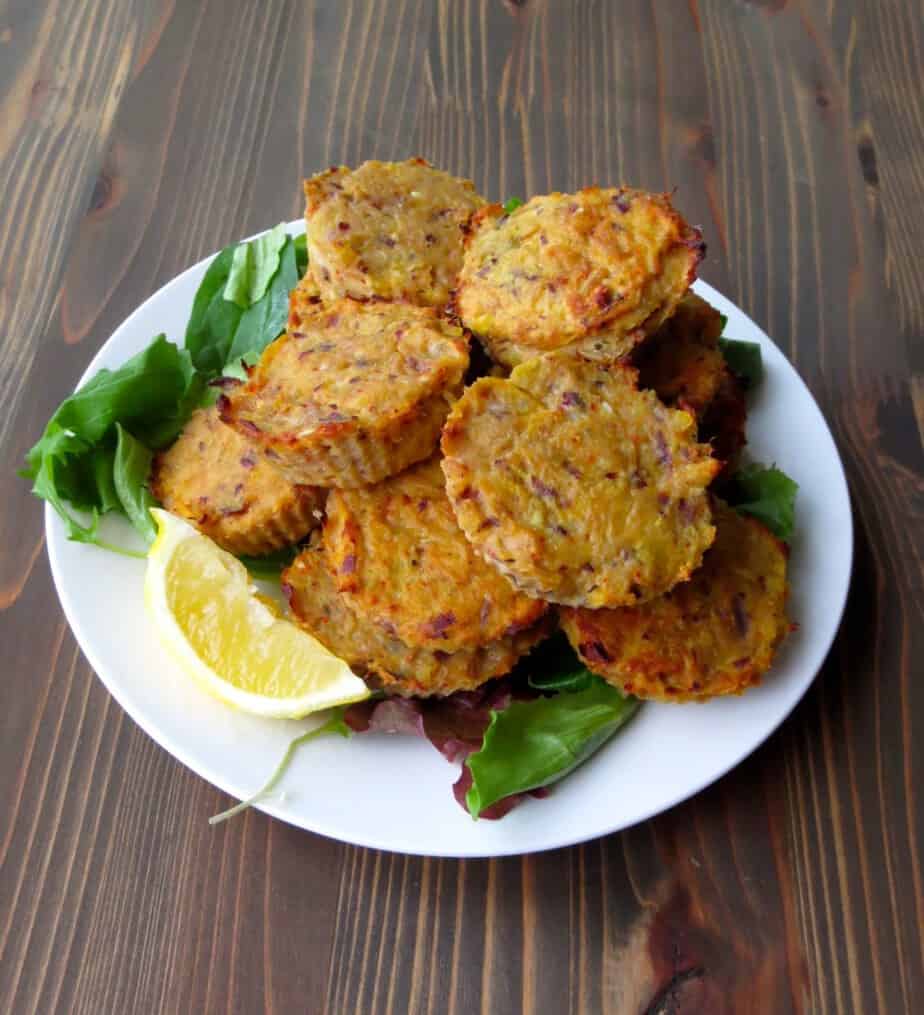 Feel free to make the original version as written by the talented Michelle Tam of Nom Nom Paleo, but this version is cheaper and, ahem, maybe better?

Store these cakes in the fridge or freezer. You can eat them cold, reheat them in the microwave, or reheat them by crisping them up in a frying pan with a little coconut oil. Enjoy!