Soft and pliable, these cassava flour tortillas are the perfect vessel for all your favorite taco fixin's. They're so GOOD! 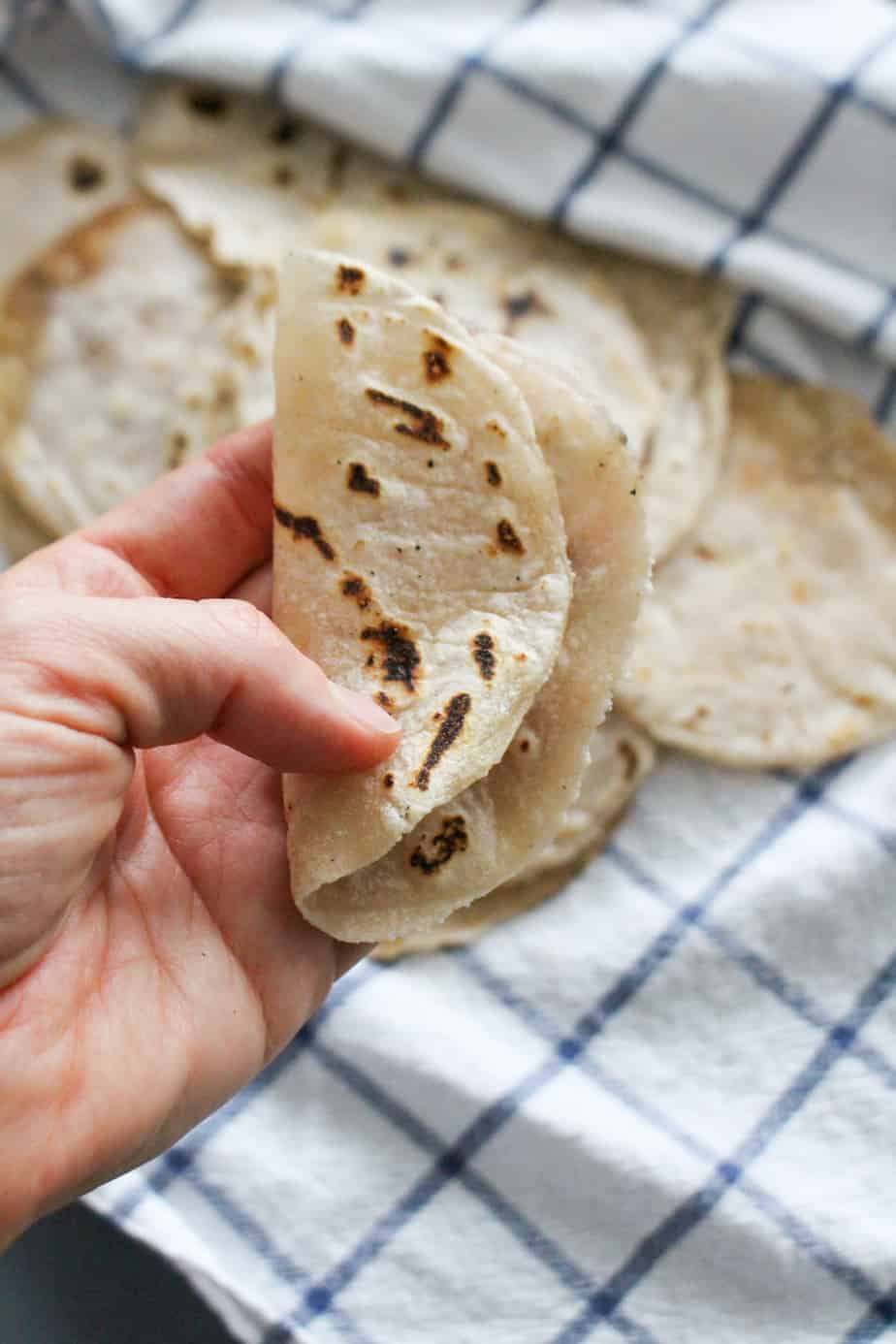 Although I'm sure I'll be able to eat corn masa again one day, I'm so glad to have discovered these amazing cassava flour tortillas while my gut hates all things corn. Cassava flour is almost as magical as cauliflower. It works great as breading, for muffins and pancakes and waffles, for tortilla chips, and for these perfect tortillas.

If there is one downside, it's that cassava flour is essentially pure starch, so it isn't quite as nutrient dense as, say, (organic) heirloom corn or other starchy options like sweet potatoes. However, a lot of people can't have grains, including corn (both a vegetable and a grain), so cassava is a GREAT gluten-free, grain-free, Paleo replacement.

I've made a lot of whole wheat and corn tortillas, and I will say the hardest thing about corn tortillas specifically is making sure they don't break after you've cooked them. Luckily with cassava tortillas, that is not going to be a problem because they are super bendy and pliable. 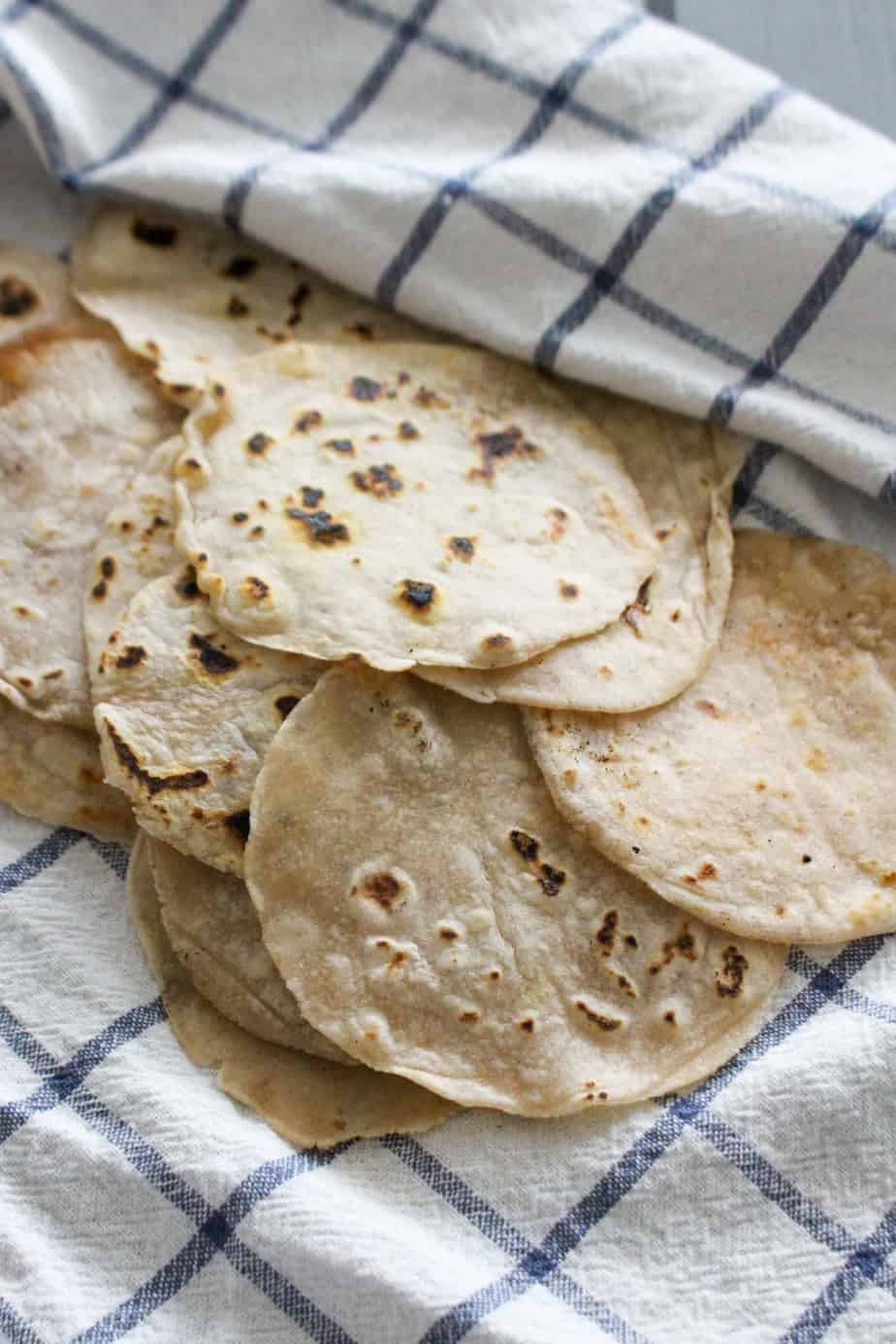 However, making them does take a little bit of skill. The dough is a bit fragile and if you add too much water or roll them out too thin, the raw tortillas can break apart easily. I recommend pressing them or rolling them out between parchment paper to prevent tearing before you cook them.

How to Make Cassava Flour Tortillas 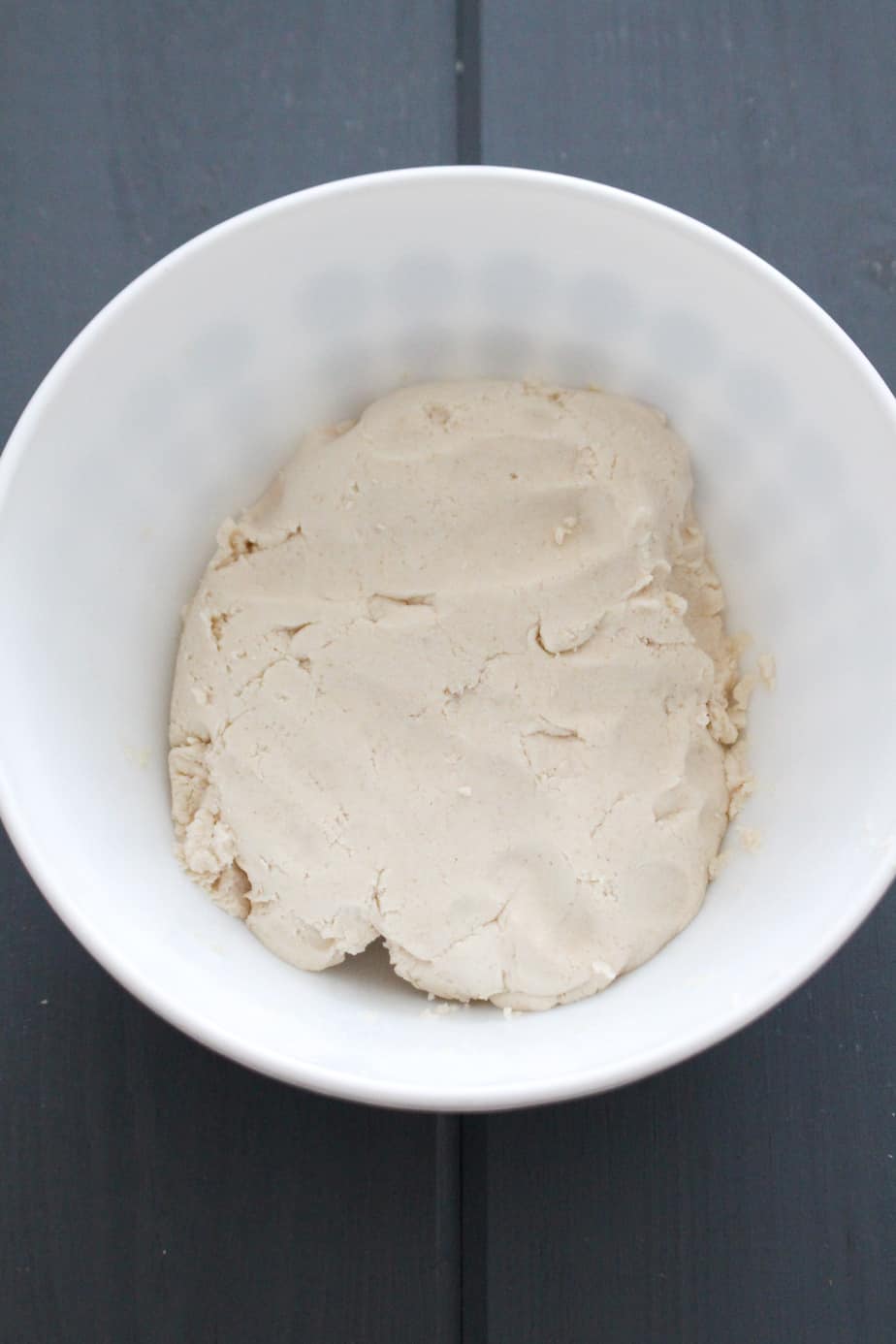 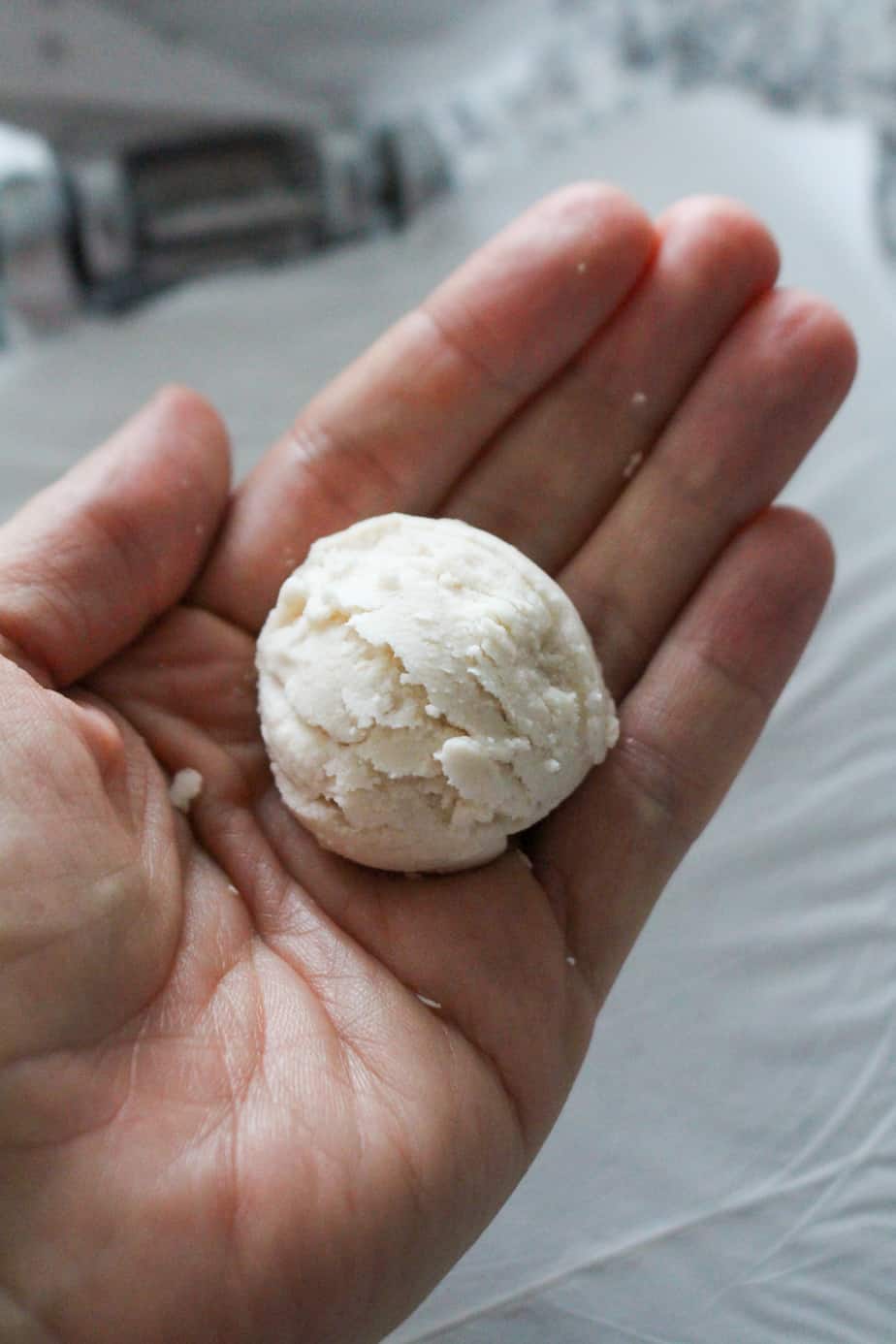 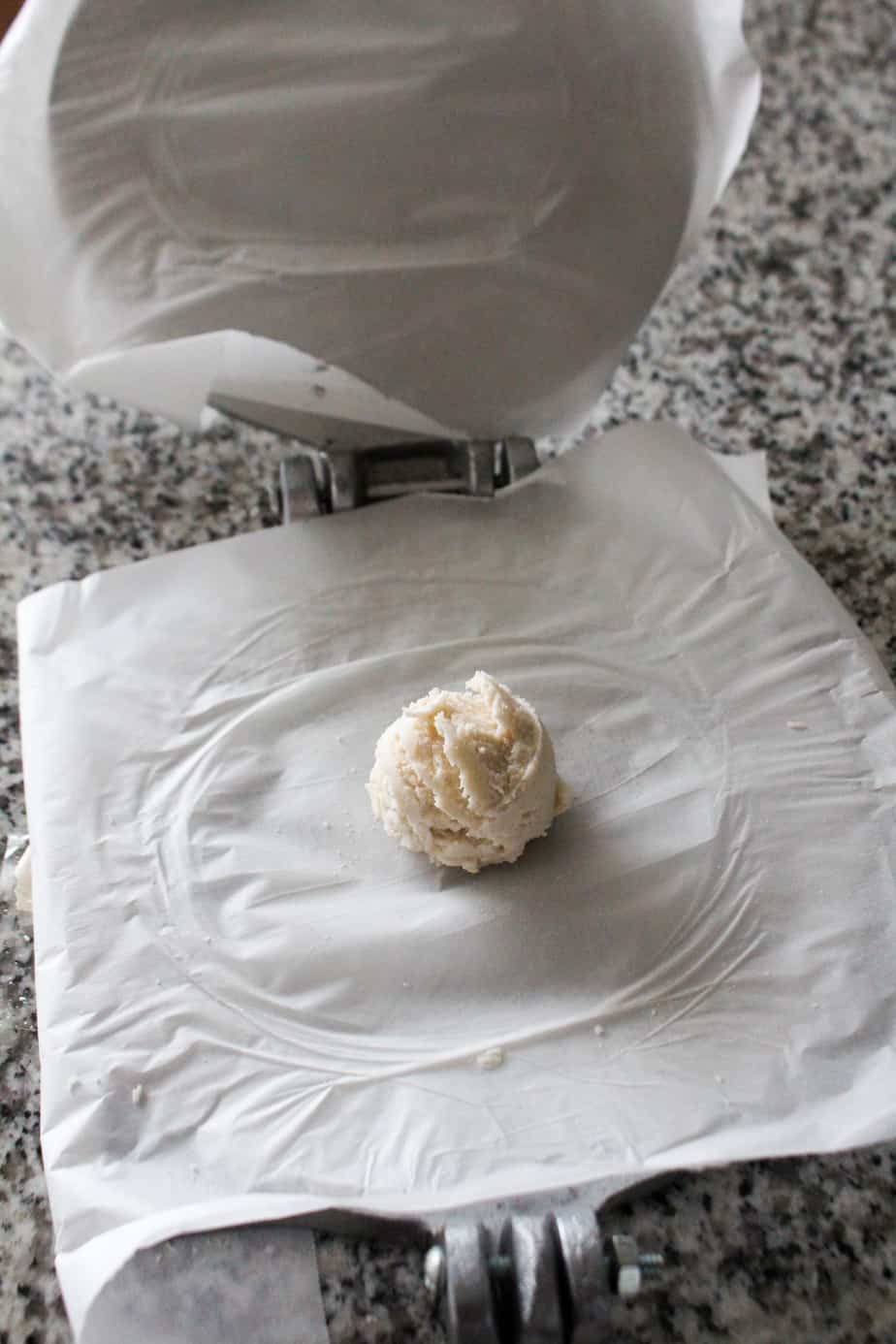 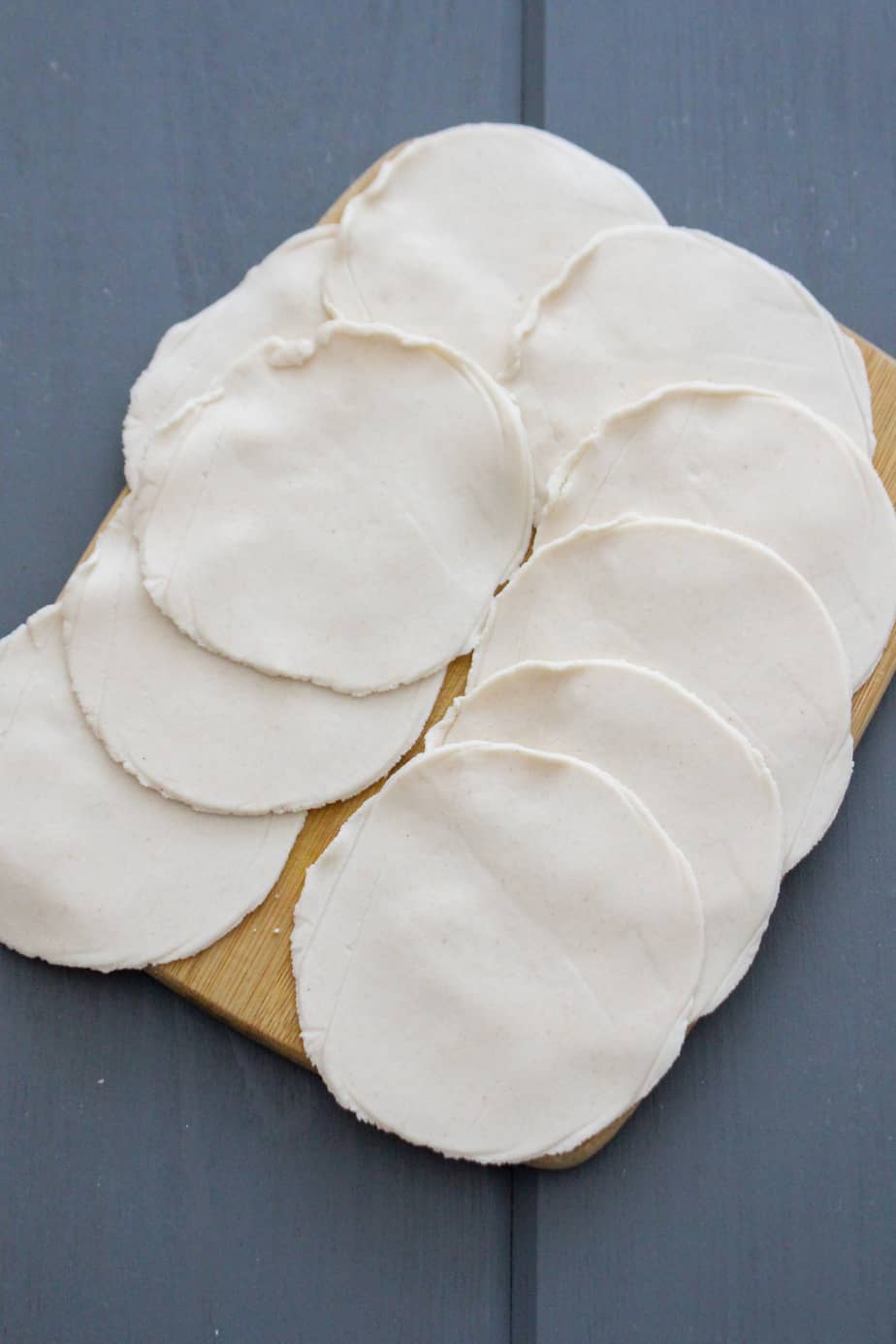 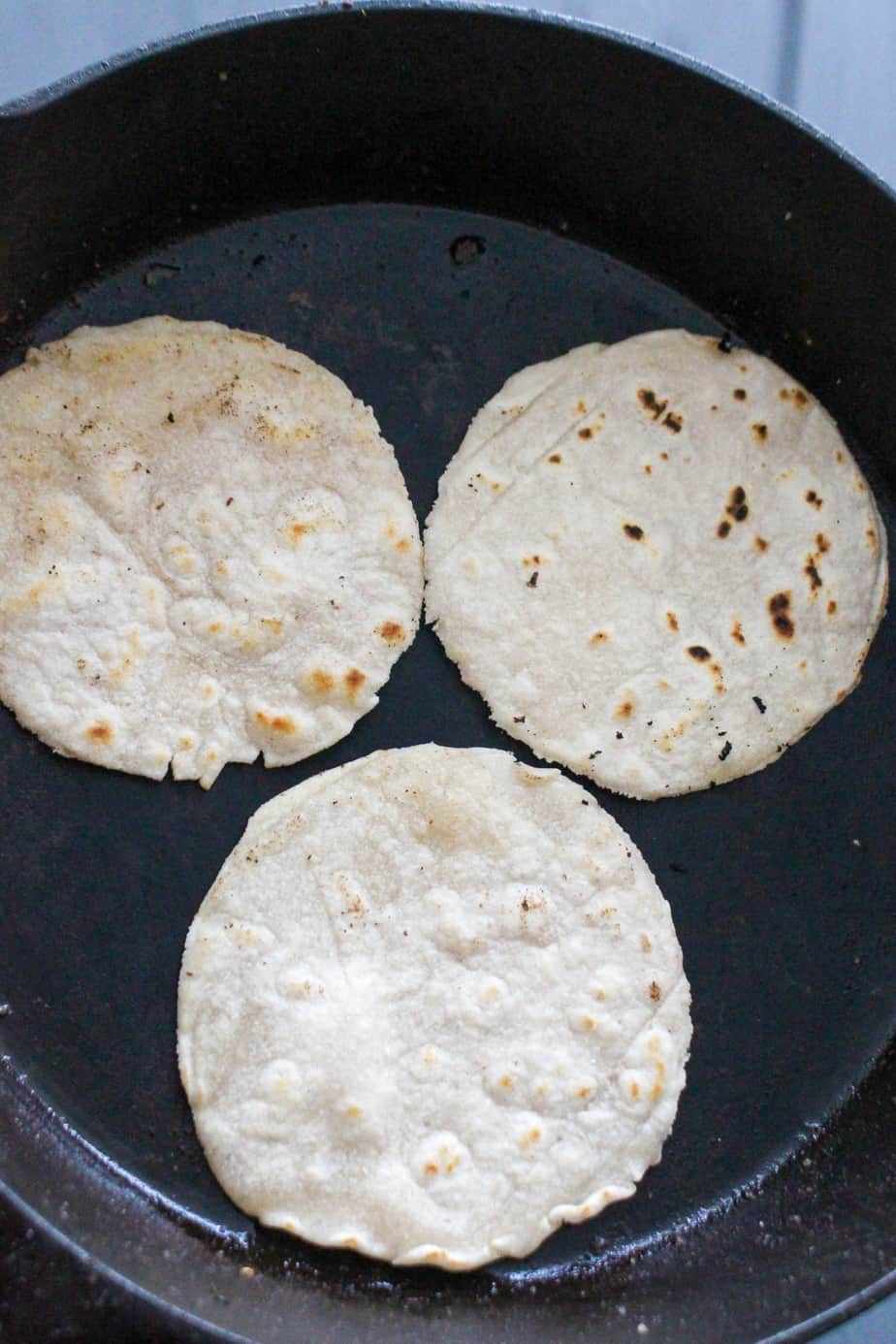 Can I use something besides coconut oil?

I have not yet tried anything other than coconut oil, but I think you might have luck with avocado oil, softened butter, or even ghee. For cooking, I sometimes use a little oil to start, and then oil the pan again about halfway through.

Can I use something in place of parchment paper?

Yes, but I would not recommend using plastic wrap because it sticks to the dough. I've successfully rolled these out by placing the dough inside a large freezer gallon bag. It's a little finicky, but it seems to work ok.

I try not to buy single-use plastic bags if I can help it, so I stick with the parchment. You can find If You Care unbleached parchment paper on Amazon and on Grove Collaborative (referral link!). I actually lined my tortilla press when I received it 7 months ago, and I've just been wiping the parchment clean and storing it. I've used it maybe 5 times so far, so I'll probably have to replace it soon.

How to Store Cassava Flour Tortillas

Storing them is a touch trickier than corn and flour tortillas. Since these babies are primarily starch, they will stick together if you stack them, especially while they're cooling.

I recommend letting them cool completely before storing, and then wrapping them in a single layer in a dish towel, as shown below. 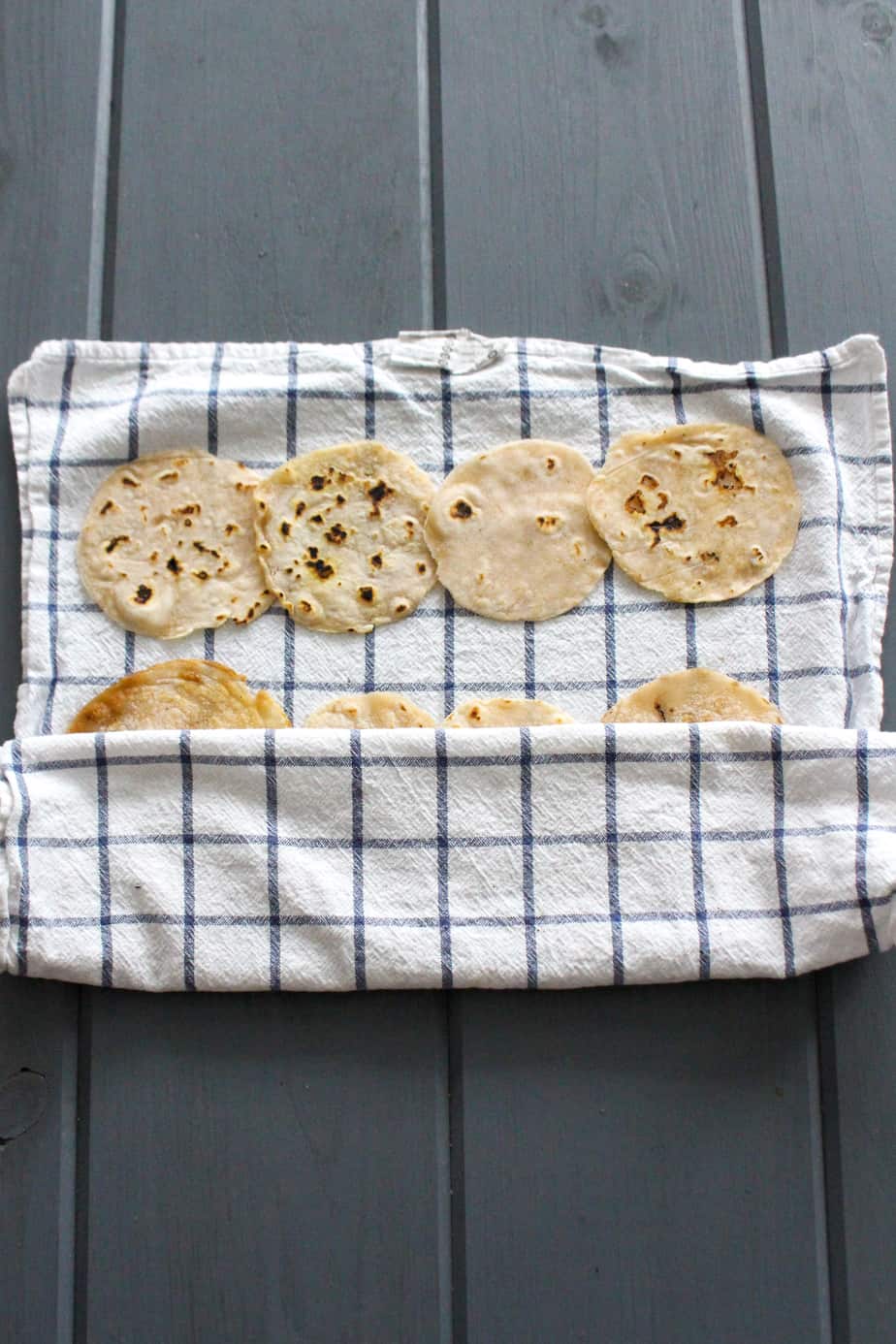 I fold the dish towel along the gaps between tortillas and then place it in a plastic bag, Stasher bag, or in a storage container. I have also stored them stacked without wrapping them, but they do just become a pain to pull apart. Store these cassava tortillas in the fridge.

When you're ready to eat them, they'll be a little firm from the coconut oil. You can nuke them, toss them in a toaster oven, or just reheat them briefly on a skillet and then stuff them as usual.

How Many Tortillas Does This Recipe Make?

If you make them small, as shown in the picture, you can get about 30-32 street taco tortillas. I sometimes make them twice that size and get 15-16 medium-sized tortillas. I haven't yet made these into burrito-sized tortillas just because I don't really have a large enough pan to cook them in, but you should try it!

Pin this recipe for later! 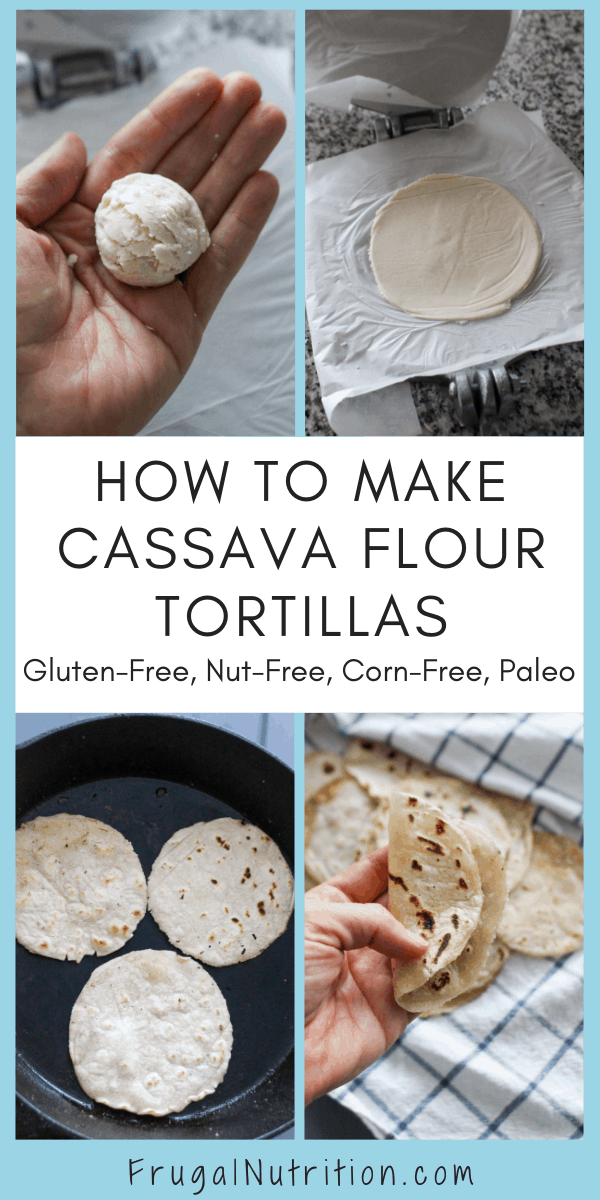 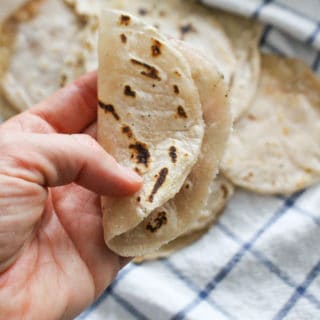 I use a tortilla press, if you use a rolling pin, it may take longer to prep these tortillas. These tortillas WILL stick together if you stack them, especially when warm. I recommend separating leftover tortillas with a kitchen towel before storing them in a sealed container in the fridge. You'll likely want to heat them up a touch before serving again since the coconut oil gets a bit solid. Nutrition label is for 1 street taco tortilla (recipe makes 30). UPDATED 5/2020: The original recipe called for ¼ cup melted coconut oil and 1-1.5 cups water. Using more oil and less water makes these easier to roll out, but the resulting tortillas are nearly the same.