On a random Tuesday I thought it would be a great idea to buy a massive bag of mustard greens. They're nutritious! They're cheap! They're perfect. But...they're also spicy and bitter and sort of sour, and not the most versatile green ingredient. They taste terrible in smoothies (really really terrible), and they're nobody's first choice for salad greens. But with the right love, they're awesome. Really, I mean it. And this Creamy Spaghetti Squash with Sausage & Mustard Greens is the right kind of love. 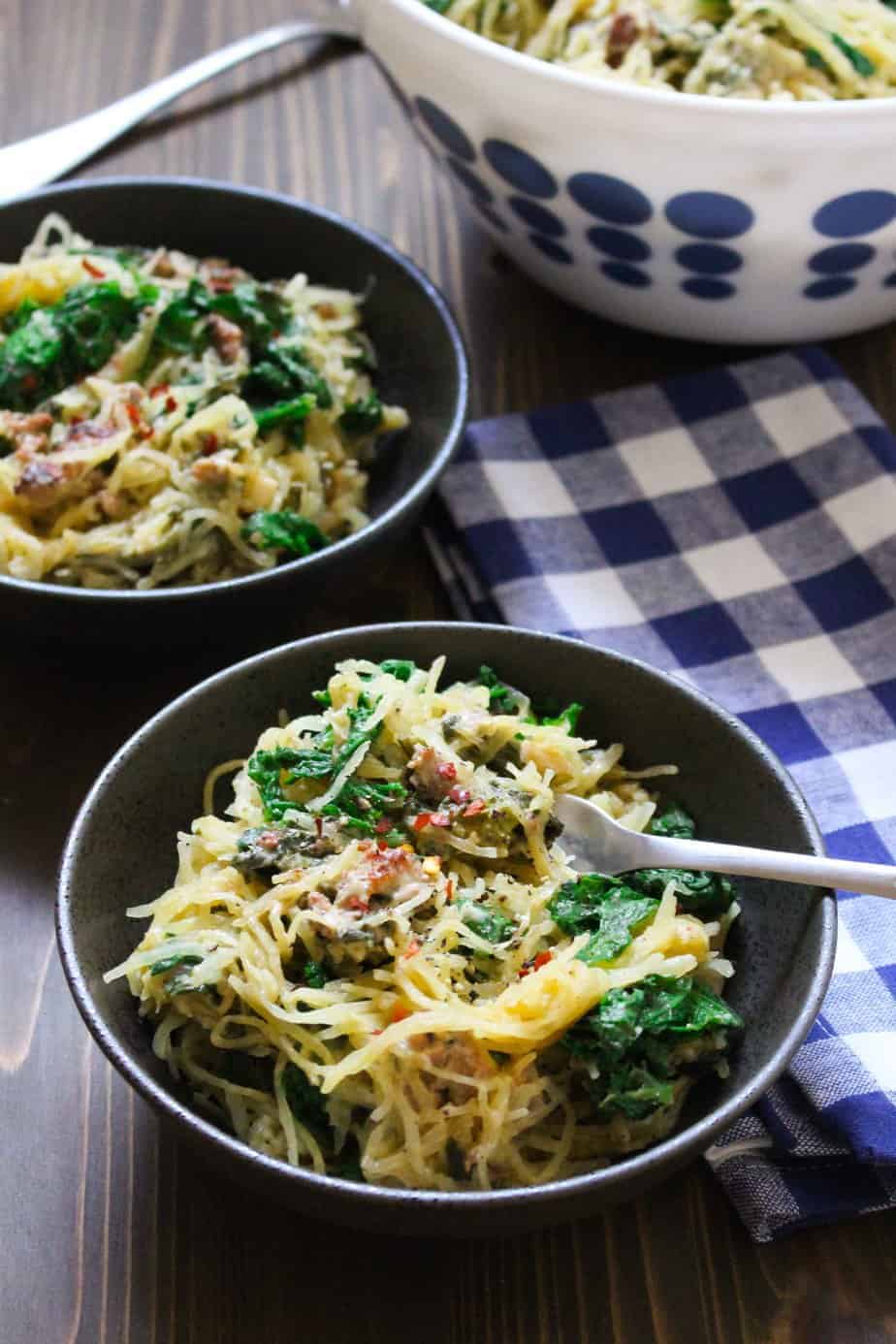 I'm not sure what inspired this dish, but I just wanted to shake things up a little bit in the FN kitchen. For probably the first time in my life I decided to cook with cream cheese. I've made cream cheese icing about 472 times, because it's incredible, but I've never used it as a creamy component in a sauce. Creamy cream cheese and salty sausage are the perfect components to bitter & spicy mustard greens. Go ahead and pick up those random greens from the farmer's market, I've got you covered. 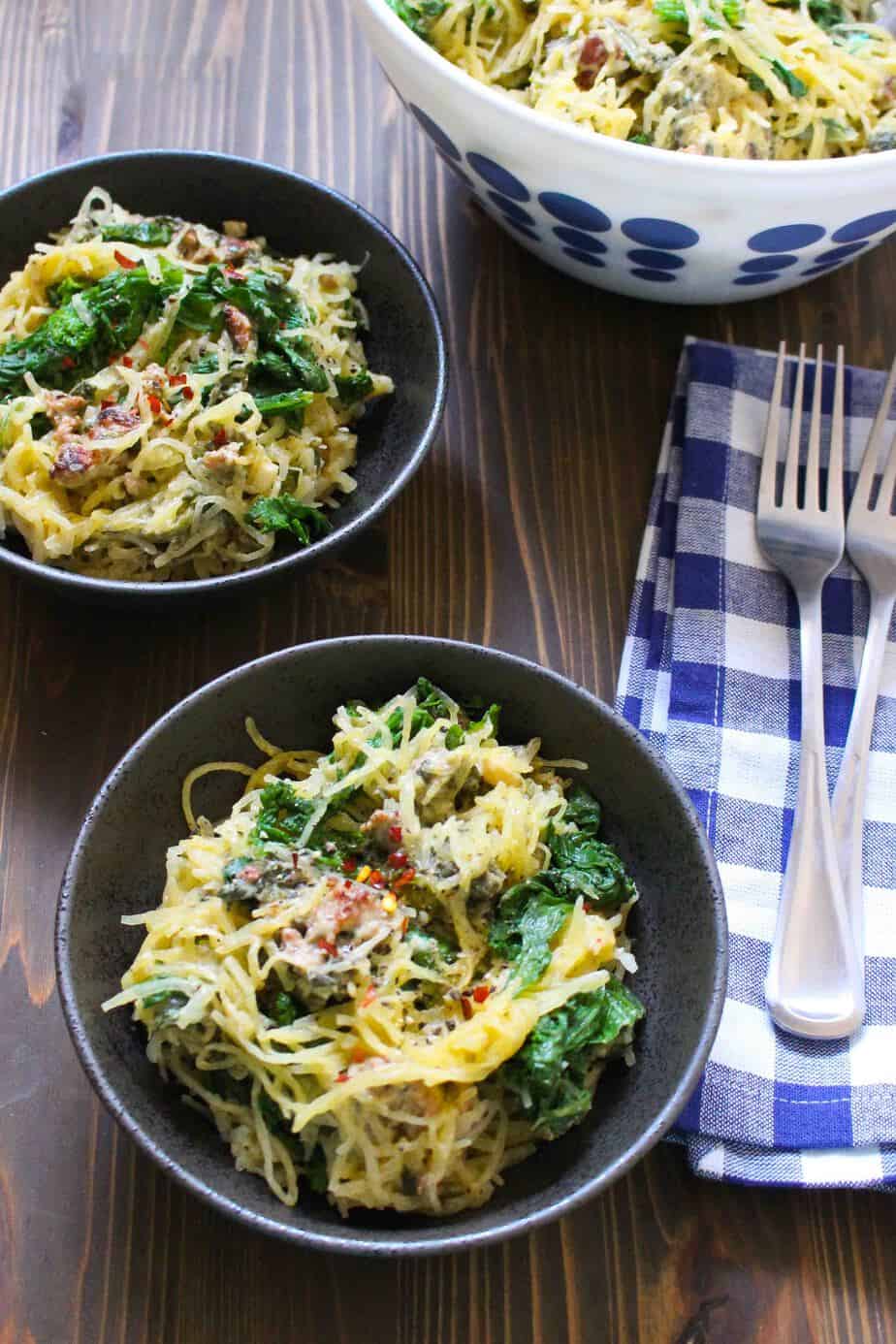 Also, I took these pictures on a Saturday afternoon and I kind of hate them. I planned to try again Sunday morning, but that never happened. And then we just kept eating the leftovers so updated pictures never came. I'm still struggling to figure out the lighting in my apartment. I feel like I had a really good thing going with our awesome windows in Japan, but this apartment just doesn't have the right mojo for my photos. At least the food still tastes great.

For Paleo: Skip the cream cheese or substitute with cashew cream.
For Vegetarian: Skip the sausage. Season with homemade sausage seasoning instead.

And just like that...it's July! Have a great 4th of July weekend everybody!