Pears are not my favorite. I love them in Japan and Korea, but the rest of the world just hasn't figured out how to perfect the non-mealy pear. However, all pears can be transformed into super easy and delicious fruit crisps. I had a (nonexistent) Tasty video playing in my head as I made this recipe because the process is really simple and the result is really delicious. Just a few simple ingredients and a little oven time = the easiest fruit crisp ever. 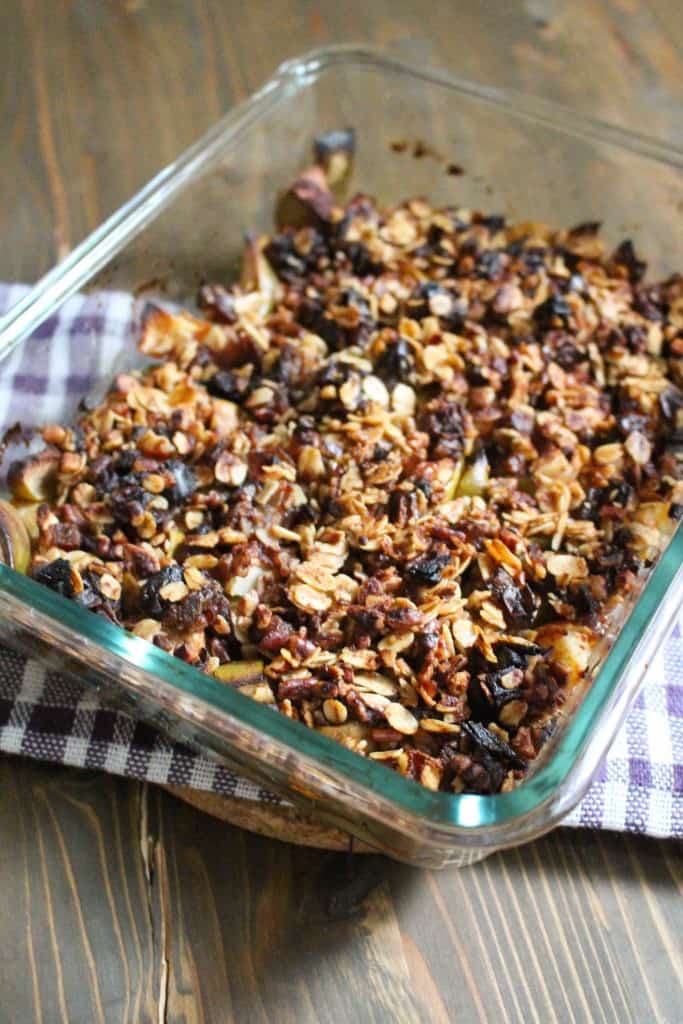 Our Hungry Harvest produce box came with 2 pears and 4 Granny Smith apples, and since I'm not super keen on either of those varieties, I decided to go straight for the crisp to avoid food wastage. You should do it too - but you can totally change out the fruit if you're not into pears and apples. And as much as we love (LOVE LOVE) Straus Creamery products, they just aren't available on the East coast, so we settled for a store-brand Vanilla Bean ice cream, on sale for $2.99 a gallon! Really, if it isn't Straus, it's not worth splurging. 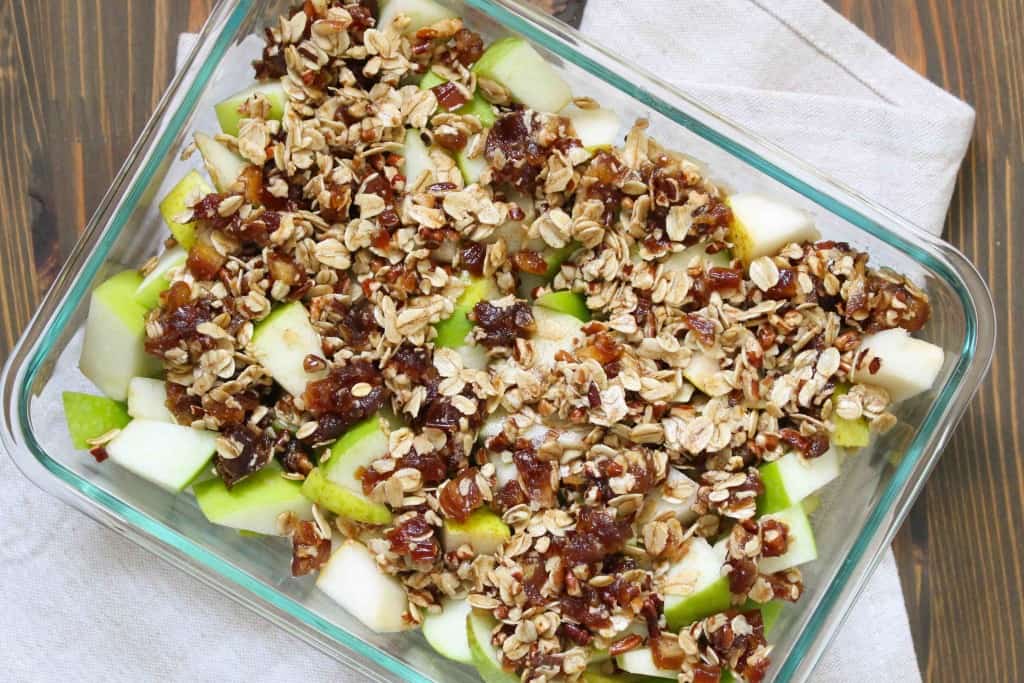 I make this basic crisp whenever I am craving any kind of pie or cobbler. This is clearly neither of those, but it has cinnamon and fruit, and is topped with ice cream. Our four remaining fruits were beginning to perish after a week in the fridge, so I made the very wise decision to bring them back to life in crisp form. I wouldn't usually consider dessert a necessity, especially when you're on a tight budget, but Zac feels differently, and this kind of dessert provides the sugar he craves and the cheap/healthyish ingredients that I demand. 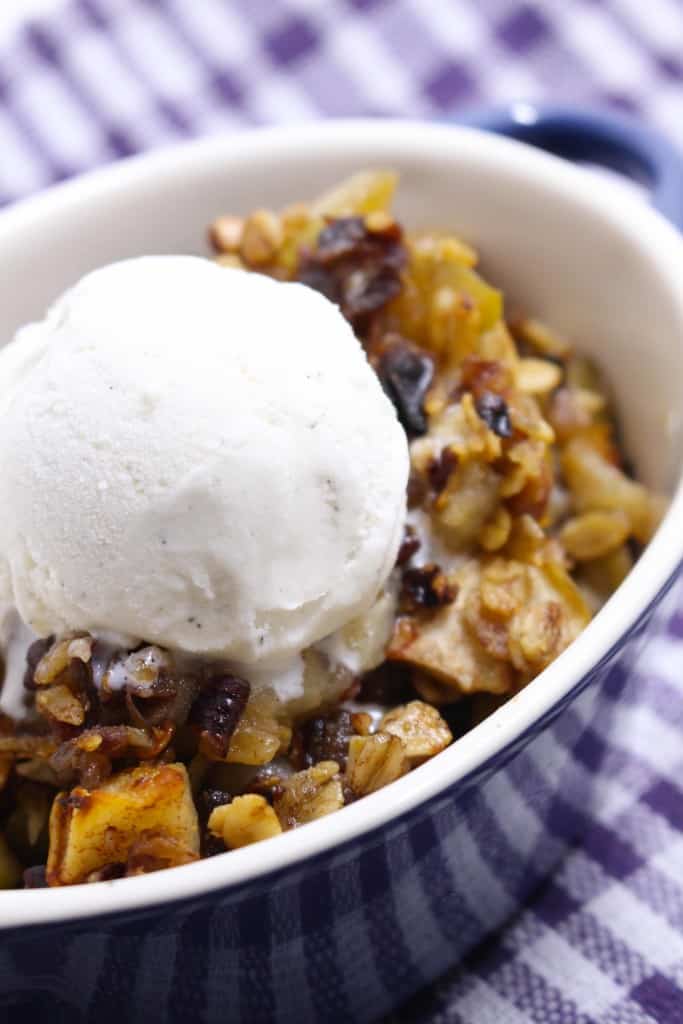 This recipe makes 4 servings, and if you're bringing dessert to a potluck, but you're on a tight budget, you'll be amazed at how easy and delicious this recipe is. Two thumbs up!????????