The filling of apple pie used to really freak me out. It was all gloppy and gooey and weird. I learned that cornstarch makes that happen. Whose idea was that? Is it just me that thinks gloppy is one of the most unappealing consistencies? Well, this crisp ain't got no cornstarch or gloppiness. I promise. 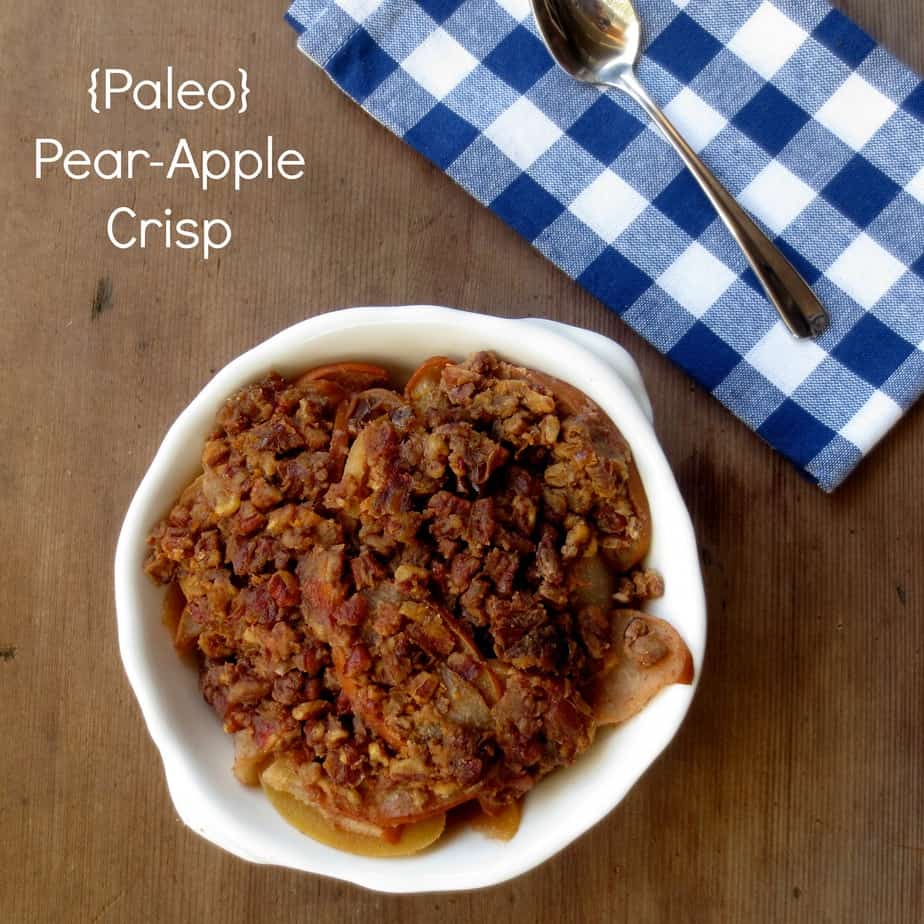 Disclaimer: Some ingredients for this post were provided by Melissa's Produce. All opinions are mine! 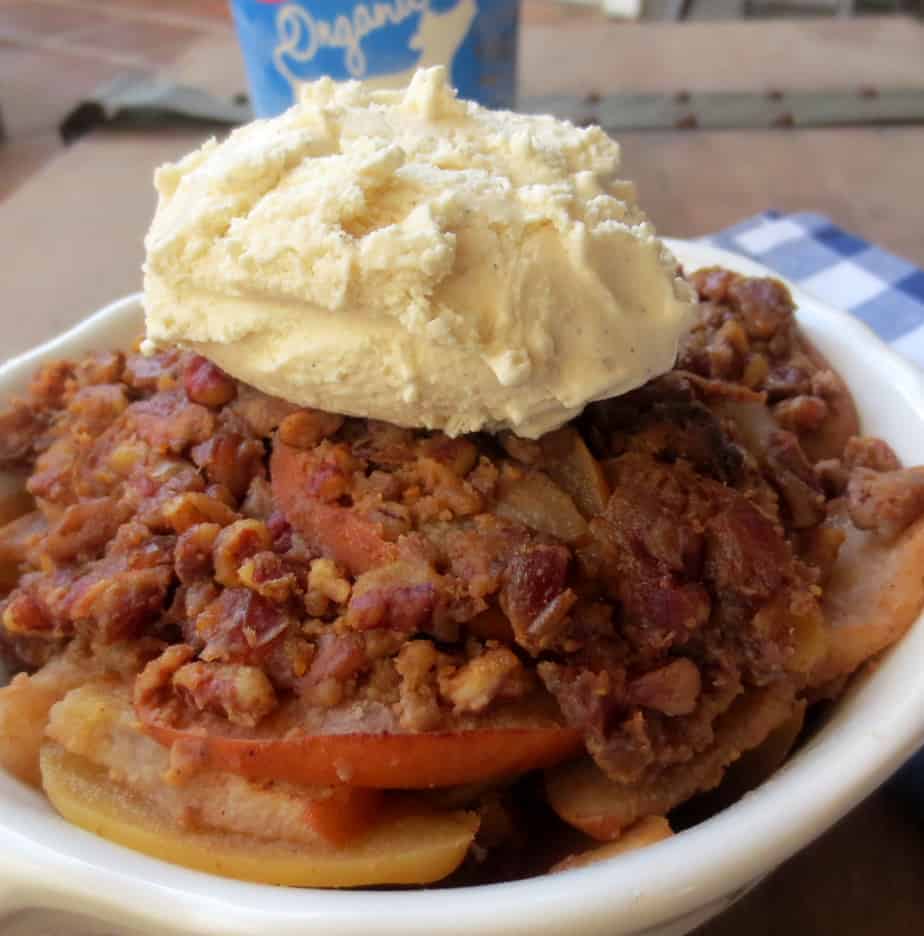 So this is crisp! It's a pear-apple-orange-chestnut crisp! And it is Paleo and Gluten-free and Vegan. Yep, how about that trifecta? IT'S SO DELICIOUS. You would never guess it is real-food and Paleo.

Melissa's sent a bunch of us food bloggers some of their wintery items to test out, but in the past, we would get a bunch of items and just had to post a recipe using like 3 things. This time we have to come up with two recipes (one sweet, one savory) which use ALL the things. That's a real challenge! This is recipe #1, and recipe #2 will be live on Friday. 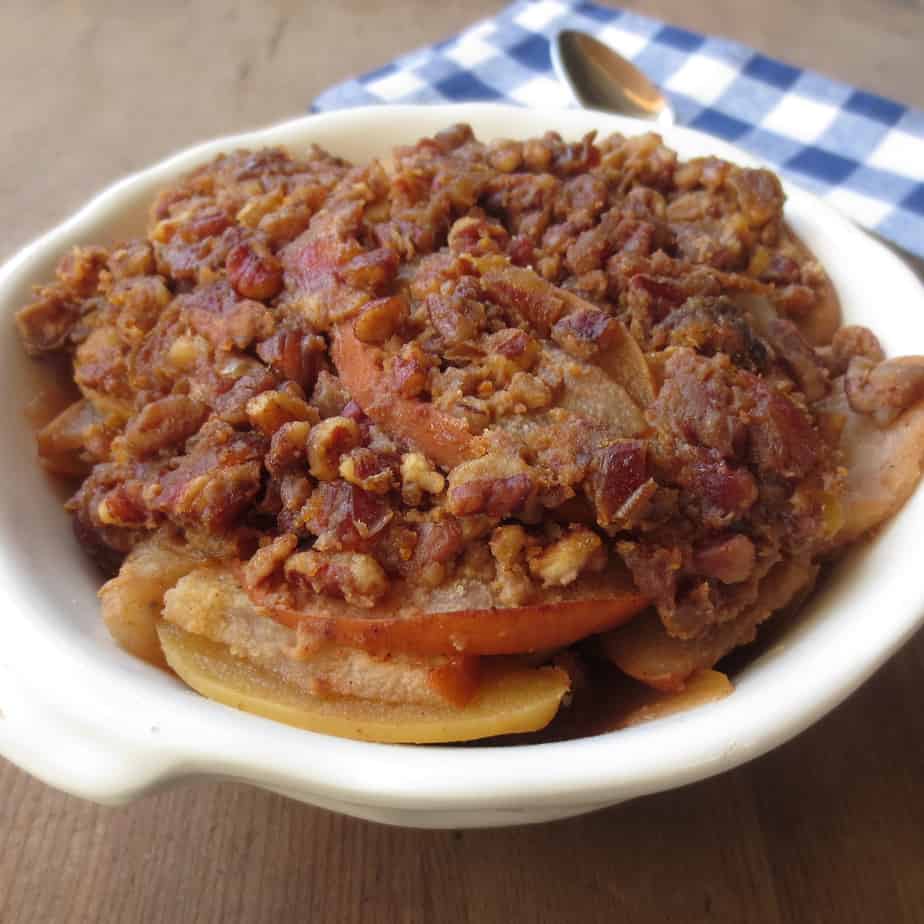 My original idea for the dessert was a fruit tart with my super favorite sweet cream cheese icing/spread. But I've had this apple crisp recipe on the back burner for a while, so I figured its time to modify it a bit and finally post it on the blog.

I've used this streusel topping a few times too. It's not quite so crumbly as a brown sugar & butter streusel, but it is AWESOME. And, also, if you're into a la mode, please top this with vanilla ice cream, either some dairy-free homemade coconut stuff, or Straus! You'll thank me. 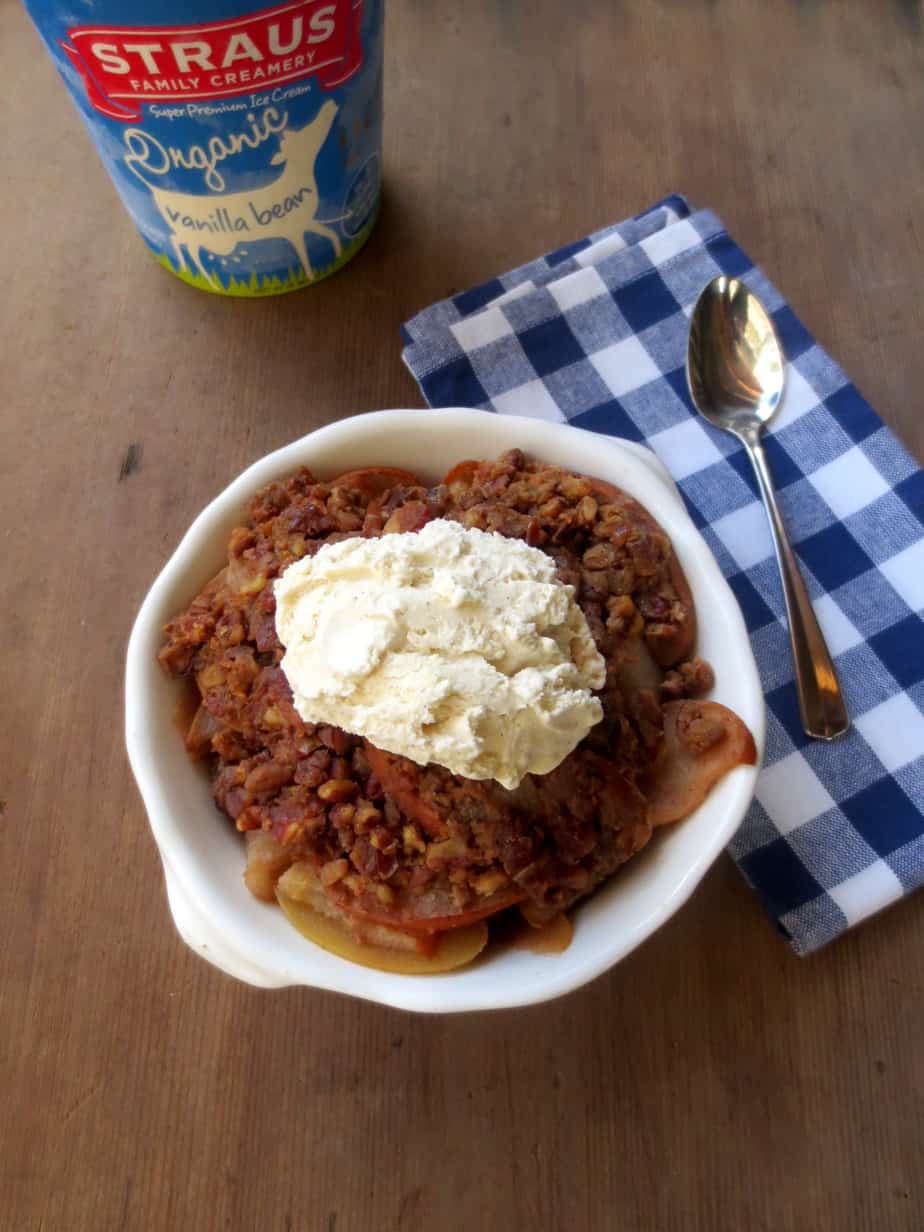 This crisp is Paleo and real-food approved with just 4 Tablespoons of maple syrup, thanks to the natural sweetness of chestnuts, dates, mandarins, apples, and pears. Enjoy!