Happy Birthday to ME!! Today is my birthday! Well I got the best surprise in the form of my friend Christine from college. She traveled all the way out here from humid New Jersey to spend an entire week in San Diego for my birthday. All without even telling me! She was in cahoots with Zac and our mutual friend out here. I walked into the apartment, sweaty and gross from a spin class, and she jumped out at me! Totally surprised. My friends (& Zac) are the best.)

Moving on to the food aspect. I have a belief that everyone deserves a cake for their birthday. My mom made me the same clown cake pretty much every year until I was like 12. And then again in high school. When you're a kid, how can you not want a chocolate box cake with vanilla frosting, in the shape of a clown, with various candies and marshmallows and frostings for the face, nose, buttons, hat, etc.?? So many years of clown cakes, no matter how much my mom pushed me towards plain cakes, especially since I'm pretty sure my sister was slightly afraid of clowns.

Well, I've been thinking about transitioning to real-food-style birthday cakes and such, and what better time to experiment than on my birthday? Sure, Zac might have something else up his sleeve (I've really been pushing these brownies), but I really wanted to have a chocolate cake recipe in my repertoire. 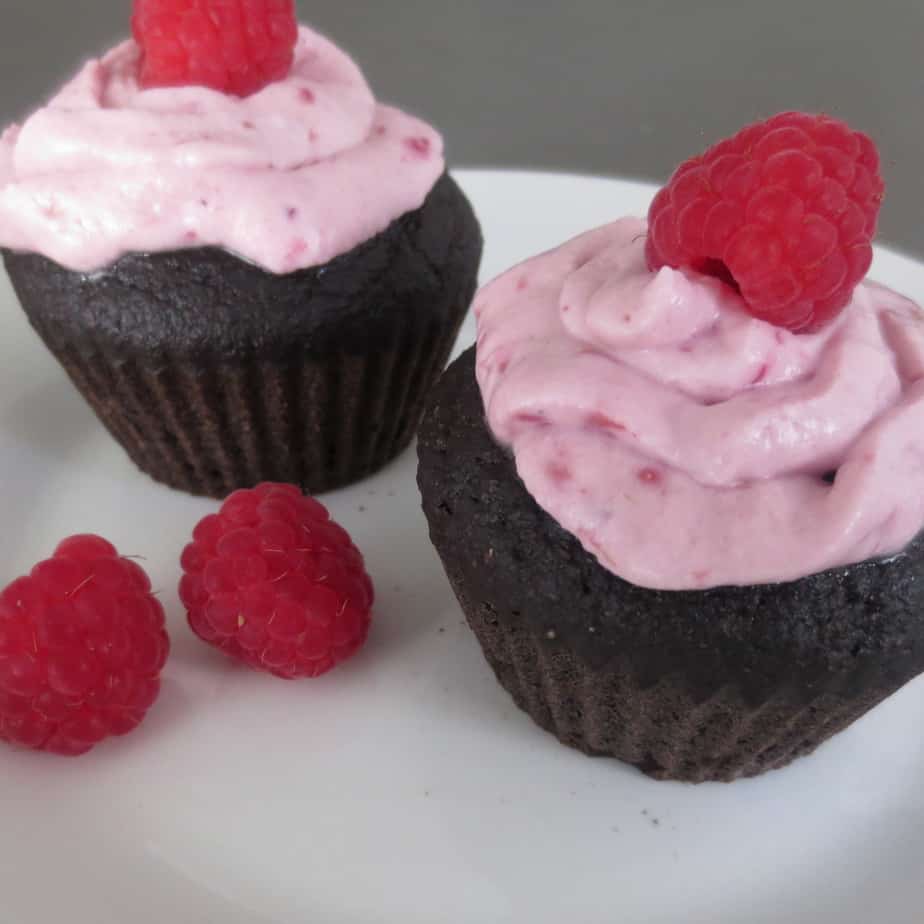 LOOK! Chocolate cupcakes! With whole-wheat flour and spelt flour and no refined sugar. I didn't know if it could be done, but I DID IT. And the star of the show? Raspberry whipped cream! Naturally pink! I really wish I could have made a purple whipped cream "frosting," cause purple is the best, but the blueberries weren't as tasty as the raspberries so you know, taste trumps looks. (Also, here's a list of reasons why you should avoid artificial food dyes.) 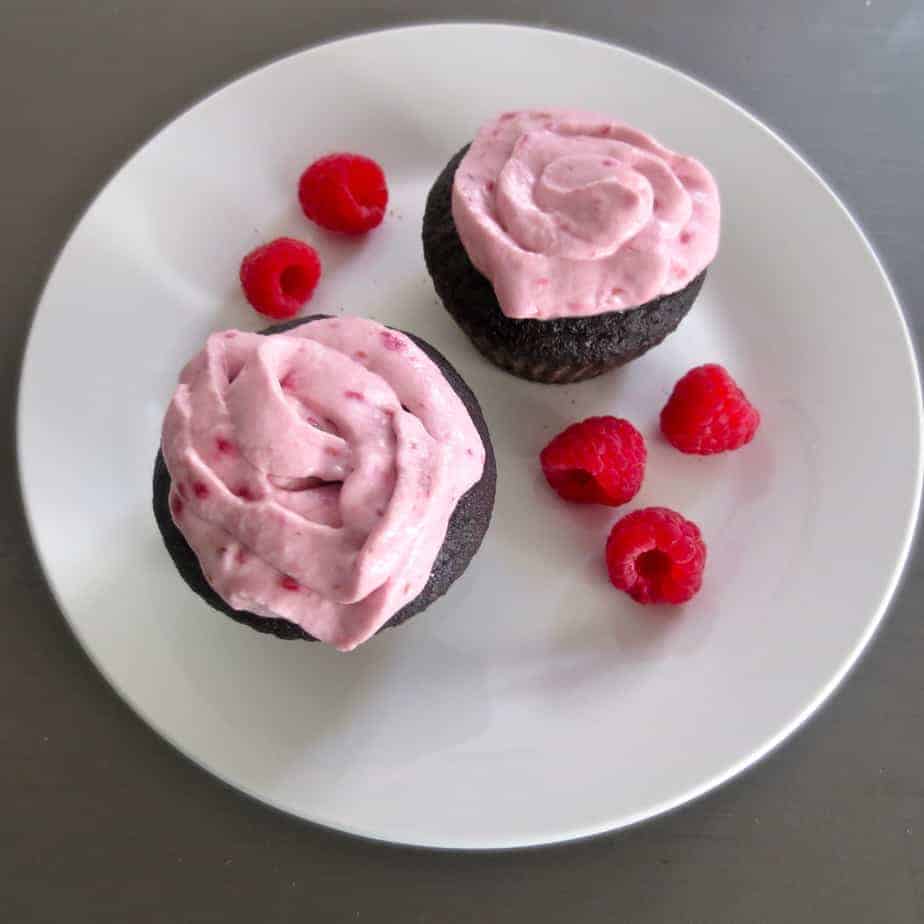 I decided that I was going to post these cupcakes even if they weren't fantastic. Because it's my birthday, and it's important to experiment. But there's good news: they are fantastic! (That whipped cream alone is fantastic!) 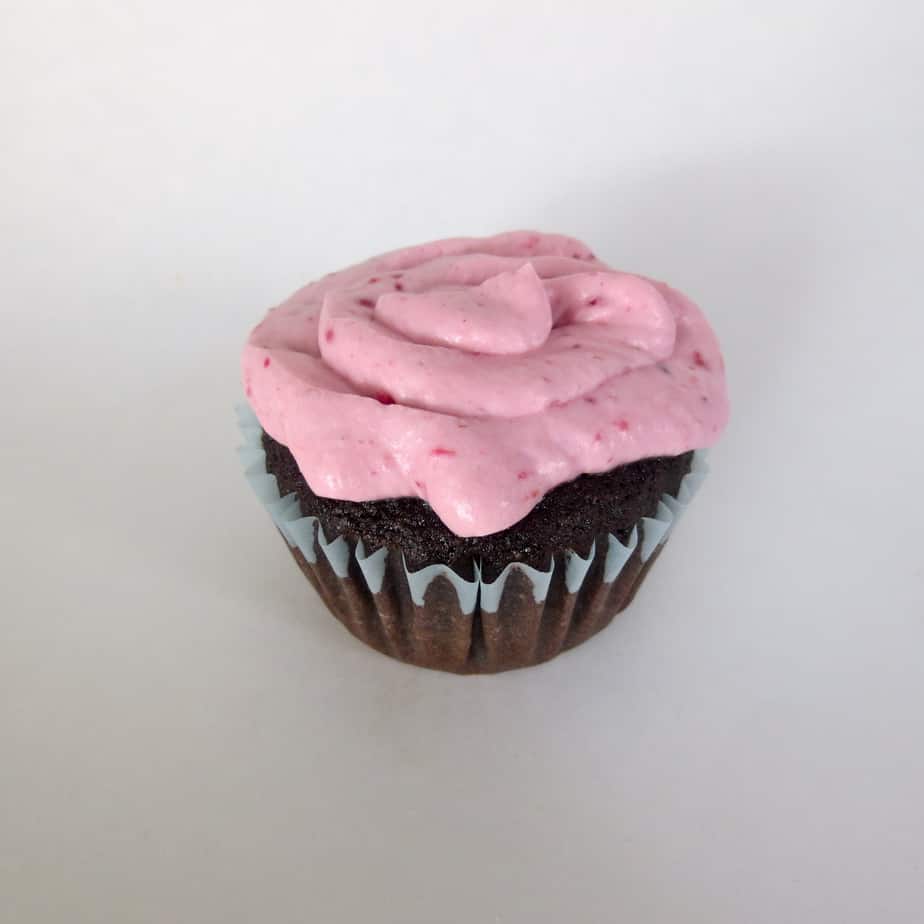 I really wanted to make these as real-food approved as possible, but then it came down to cost. Sure, I can afford the bazillion dollars for coconut palm sugar for this one birthday treat. But is that sustainable? Can families with 6 kids and 6 birthdays afford that?  And is it something I really want around the house, encouraging me to make more sweets? Plus, I'm subbing part of the flour for spelt, which is also expensive. I had some real moral dilemmas in the grocery store. In the end, I made two batches. One, almost exactly like this recipe from 100 Days of Real Food, but with only 1 cup of sugar, 1 cup of water, and the addition of 1/3 cup applesauce. 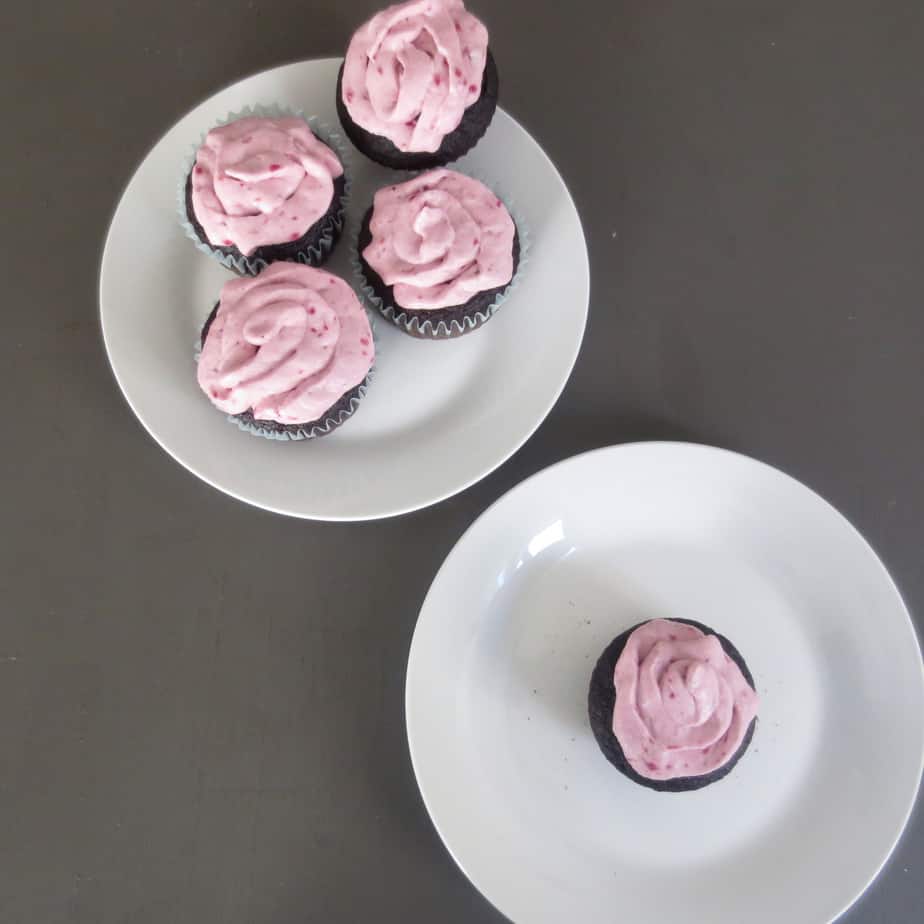 Two: my own concoction. The second batch was going to be a little trickier. I experimented with lots of applesauce and chocolate chips, and settled on this ratio. I know some of the amounts seem a little wonky, but this is what worked for me! You could probably get away with a little less coconut oil and a little more water if necessary, but either way, you're looking at no-refined sugar, whole-wheat, spelt real-food chocolate cupcakes with real food raspberry whipped cream!

Please make these for your next birthday. Everyone deserves a birthday (cup)cake!! 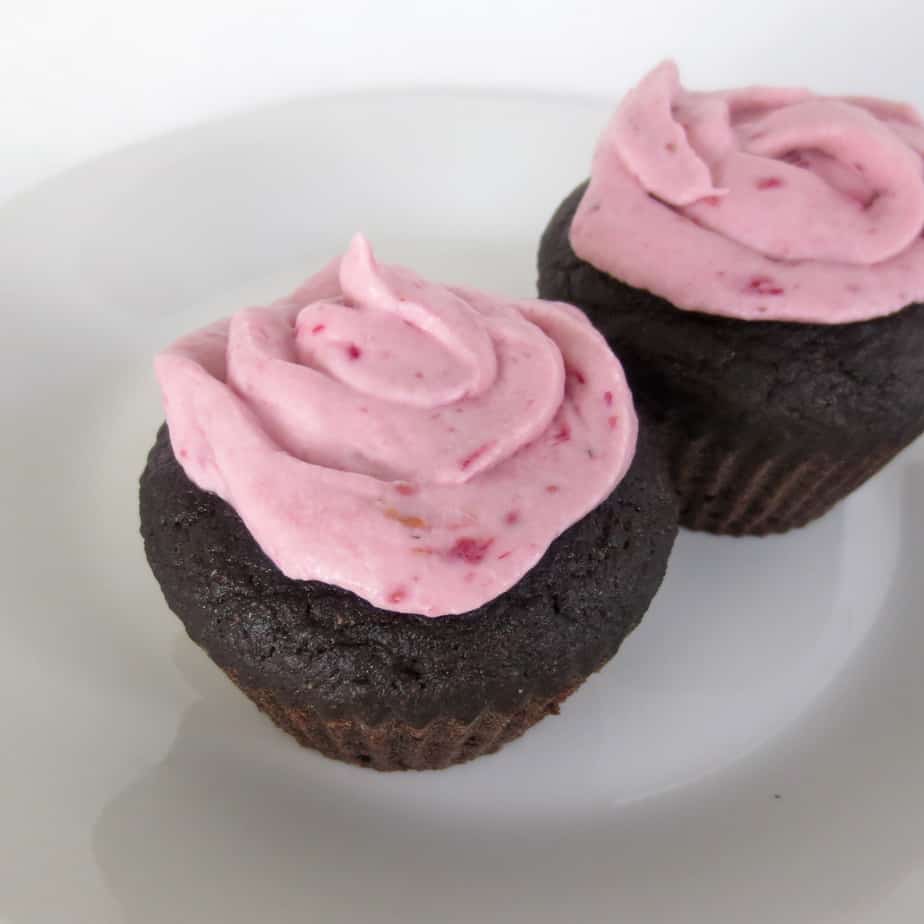