We are about 5 days from Christmas, and we’re also in the midst of Hanukkah, so I am excited to share one of the easiest recipes that’s ever made it’s way to the blog. With a nod to my Jewish friends (who have often gifted me chewy Jewish coconut macaroons), and in preparation for the upcoming eat-a-thon, I give you: Vegan, Gluten-Free, Nut-Free, Paleo Cocoa-Coconut Macaroons! They’re chocolately and chewy and the easiest no-bake cookies you’ll ever make. 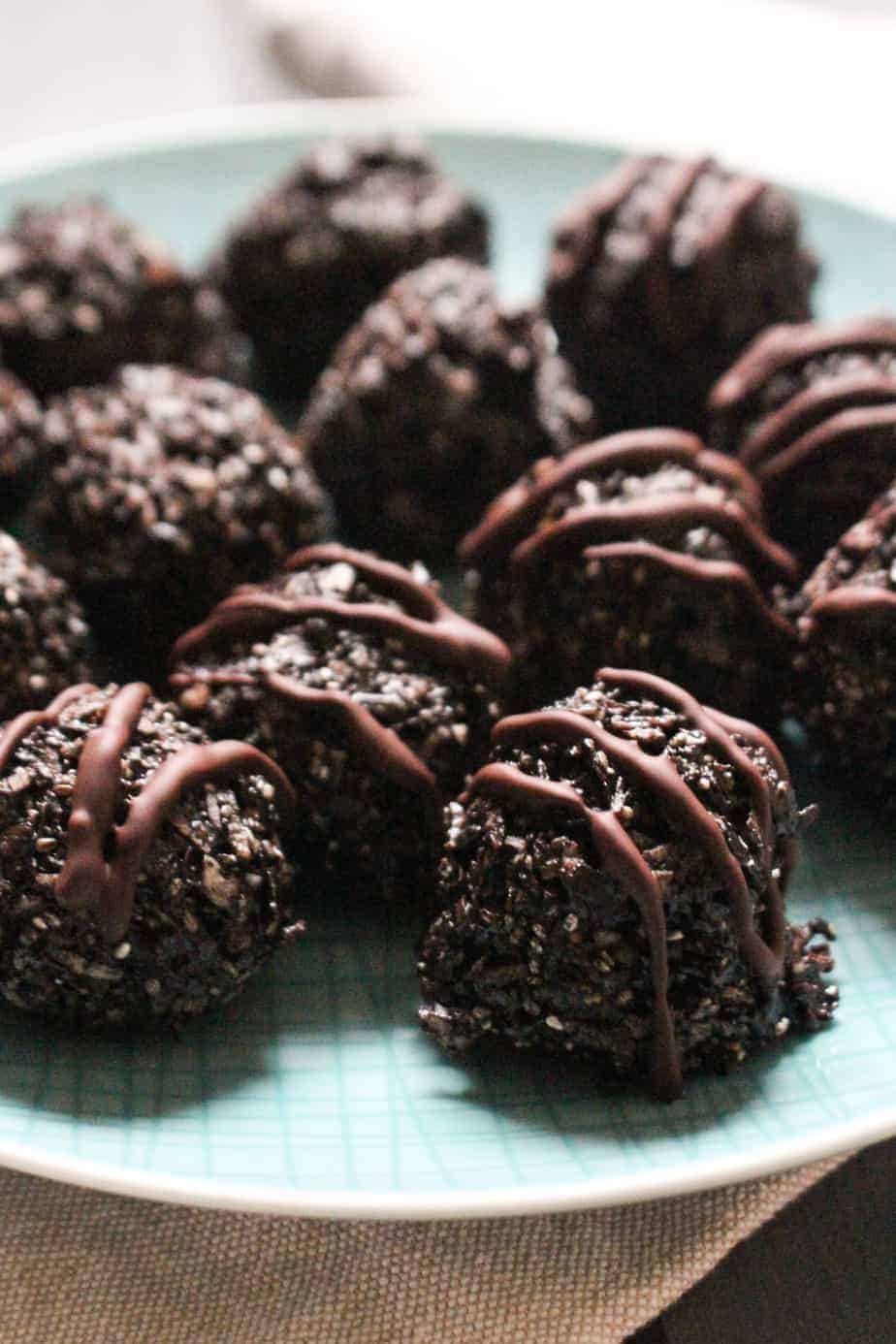 For the record, yes coconut is often considered a nut, but it is a drupe, which is not a nut. It can be considered a fruit, a nut, or a seed. It’s kind of semantics, but simply due to the fact that coconuts are not allergenic for people with tree nut allergies, we’re categorizing this as nut-free.

Coconut is also low in lectins, and lectins are one of the reasons some people avoid nuts (AIP, Low-Lectin, Plant Paradox). IgE and IgG allergy and sensitivity tests will often come back with high markers for tree nuts, but low markers for coconut.

Can I Send Coconut to My Kid’s Nut-Free School?

If you want to know if you can send these in your kids’ lunch in a nut-free school, the answer is probably yes, but I would confirm with the school and / or the parents of the allergenic kiddos just in case! We allowed coconut at our nut-free preschool, and I made each individual nut allergy family confirm with their pediatrician that coconuts were in the clear! 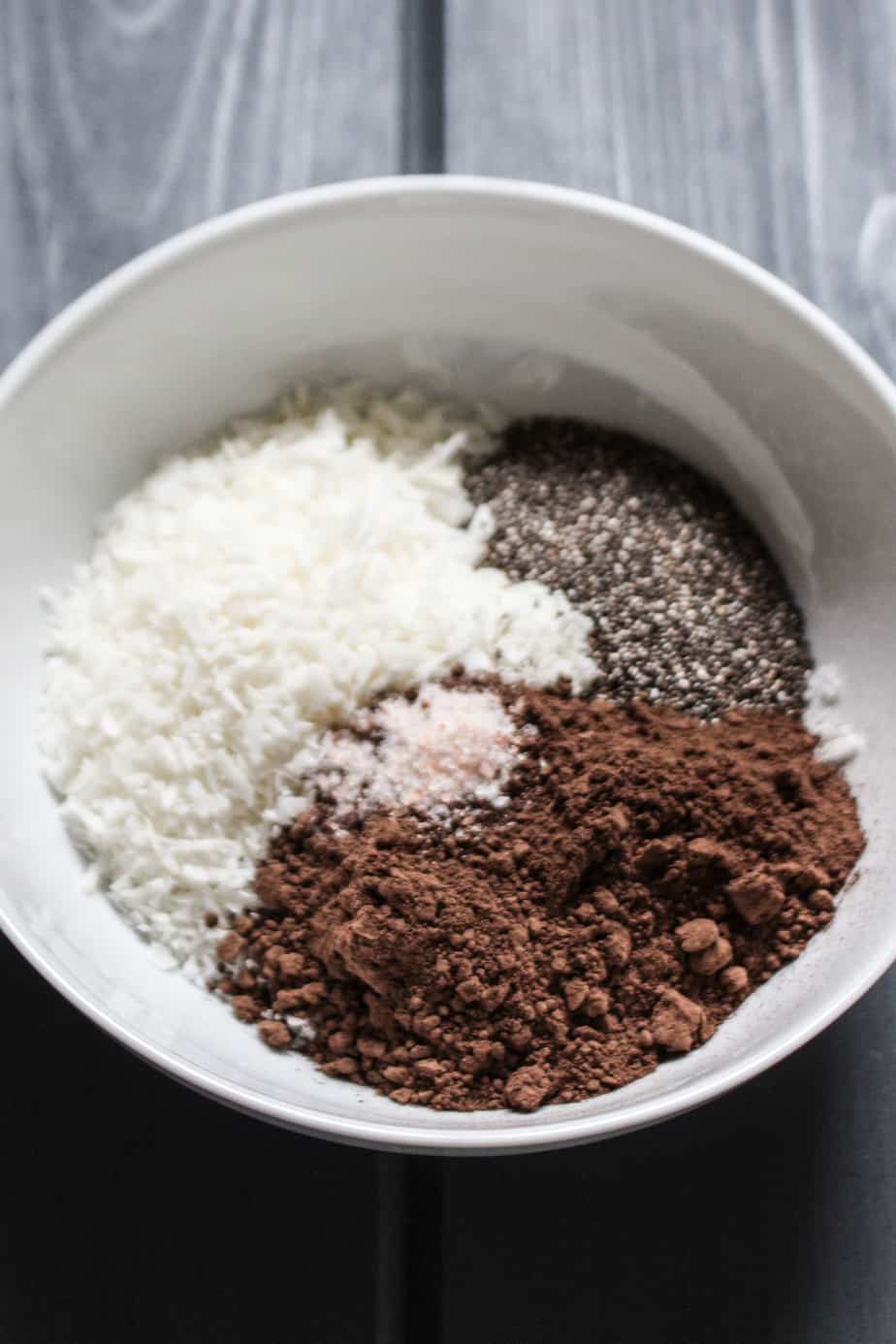 Last week was the start of Hanukkah, and I have the distinct honor / pleasure / curse of doing a weekly cooking project with our 8 preschoolers. I usually try to incorporate the school’s weekly theme somehow, but since we made latkes last Hanukkah, and making Challah just wasn’t in the cards. The kids are way too young for Manischewitz, so I went with one of the only other Hanukkah-based kid-friendly options I could think of…coconut macaroons.

This idea was based solely on the fact that I have been given chocolate coconut macaroons by two different Jewish individuals around the Hanukkah/Christmas holidays.

HOWEVER, these guys are a little different than your standard coconut macaroons.

These Coconut Macaroons are:

They’re also really super delicious, and surprisingly sweet. I used Hershey’s Special Dark cocoa powder because it gives such a super rich dark chocolate flavor, but you could get super fancy with Valrhona or some raw cacao, or get super basic with whatever off-brand cocoa powder you find at the grocery store. 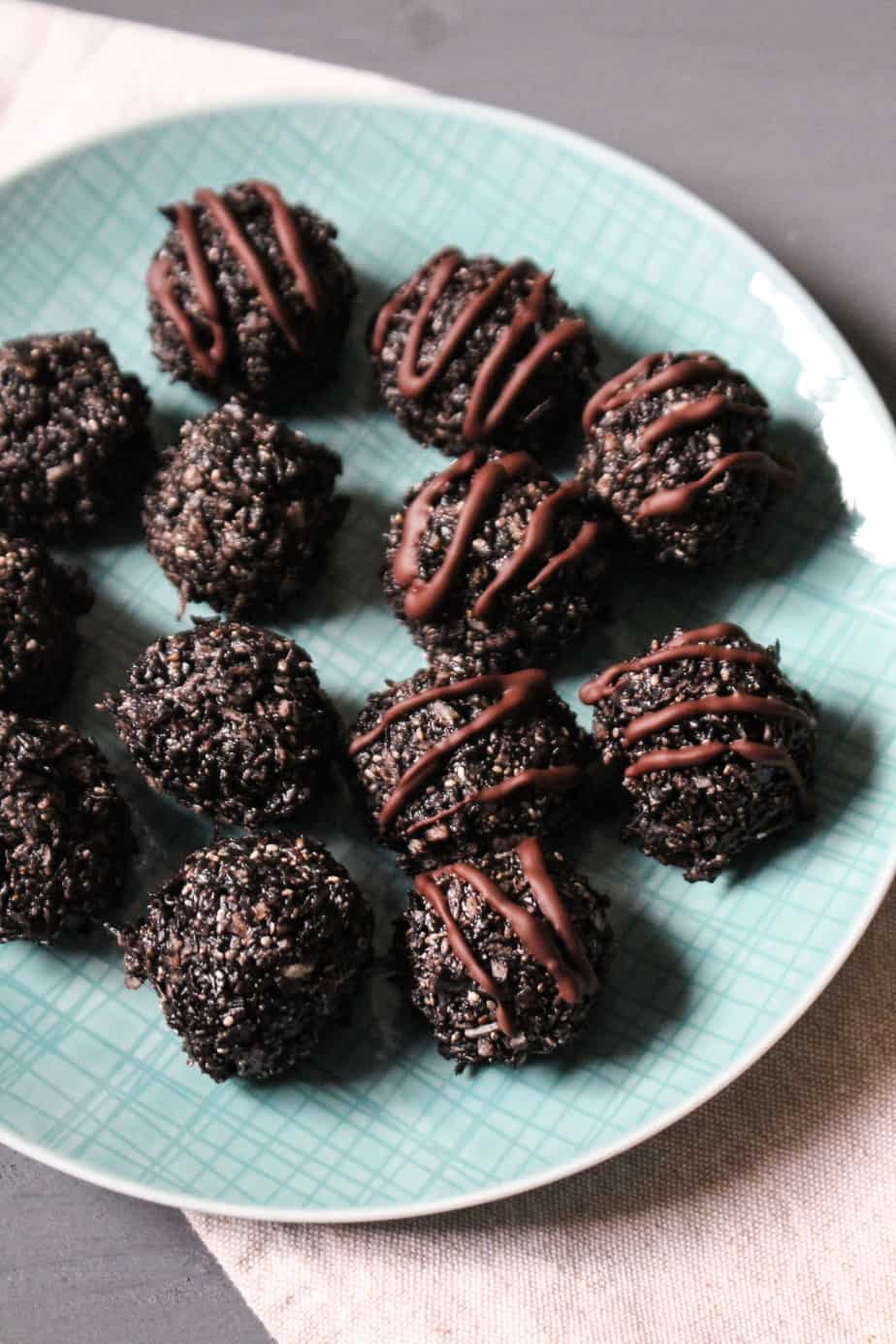 Also, let’s talk about these ingredients real quick. The chia seeds are added to help it bind together, but also to give a little teeny tiny fat & protein nudge. The vanilla is pretty optional – it makes the flavor pop, but I tasted them before adding it and it was still awesome. The chocolate drizzle is also optional, but I mostly added it because they’re much prettier that way. I made this into 13 macaroons this time around, but when I made it at school for the kids, we made 24.

Fun fact: There are macroooooons and there are macarons. Macarons are those french cookies sandwiched together with some kind of filling and incredibly popular on the Great British Bake Off. Macaroons are simple chewy cookies made from shredded coconut, and usually, egg whites.

Some people differentiate with the modifiers “French” or “Jewish” or “coconut,” and because I don’t know a lot of people who pronounce “macarons” correctly, that’s probably not a bad idea.

Vegetarian: Yep!
Paleo: Yep! You could also sub in date paste for the maple syrup if you want.

These easy cocoa-coco no-bake macaroons are so delicious, and perfect for last-minute omg-my-guest-is-allergic-to-everything moments.

The chia seeds are added to help it bind together, but also to give a little teeny tiny fat & protein nudge. They’re mostly optional. The vanilla is pretty optional – it makes the flavor pop, but I tasted them before adding it and it was still awesome. The chocolate drizzle is also optional, but I mostly added it because they’re much prettier that way. Drizzle is definitely NOT needed because they’re quite sweet already.

Maple Syrup: I originally wrote the recipe with 1/4 cup maple syrup, but I think the sweetness level is better with just 2-3 Tablespoons. You can also compensate with more coconut oil to get the right consistency.

Nutrition Label is for 1/12th of the recipe, without the chocolate drizzle. 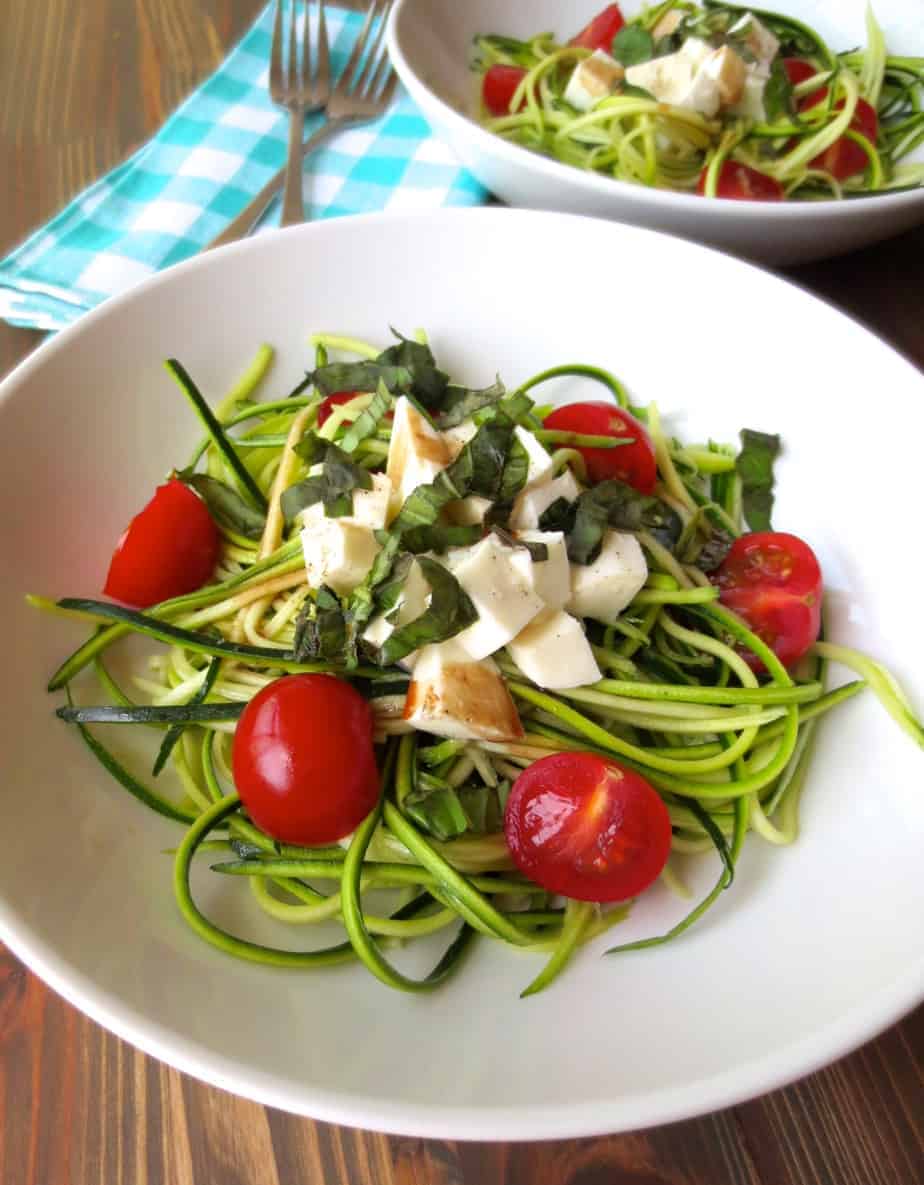