HI to the easiest sugar-free “sweet” breakfast of all time. Mashed Banana Oatmeal. It’s oatmeal, with mashed bananas. It’s not even a little bit fancy, but it’s awesome. 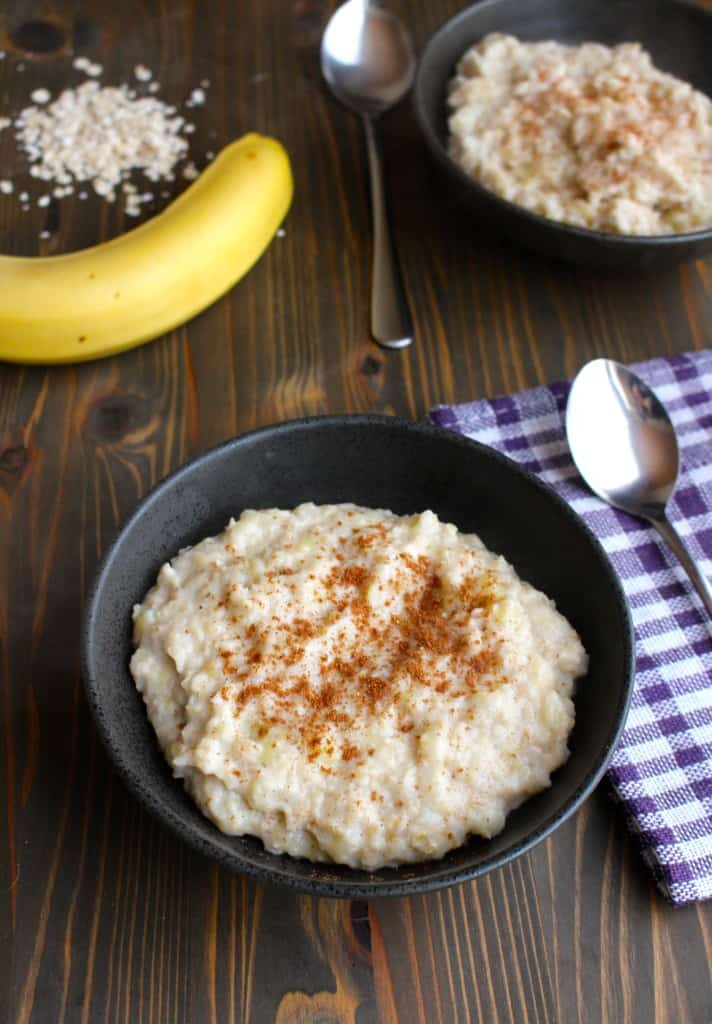 I have never liked oatmeal. Even when it was my 3x a week pre-workout breakfast topped with sliced almonds and dried cranberries. It’s just…blah. My parents eat it once a week to “lower their cholesterol,” and even as a child who could load it up with brown sugar, I would beg for anything BUT oatmeal. (CREAM-OF-WHEAT was my breakfast table chant.)

Zac is an avid oatmealer. It’s cheap & easy, and he doesn’t mind adding a little sugar, or honey, or raspberry chia jam. So we (he) have it all the time. Usually I’m in the “no thanks” camp, but there are two things that have changed my opinion about oatmeal in the last couple of months: milk and mashed bananas. 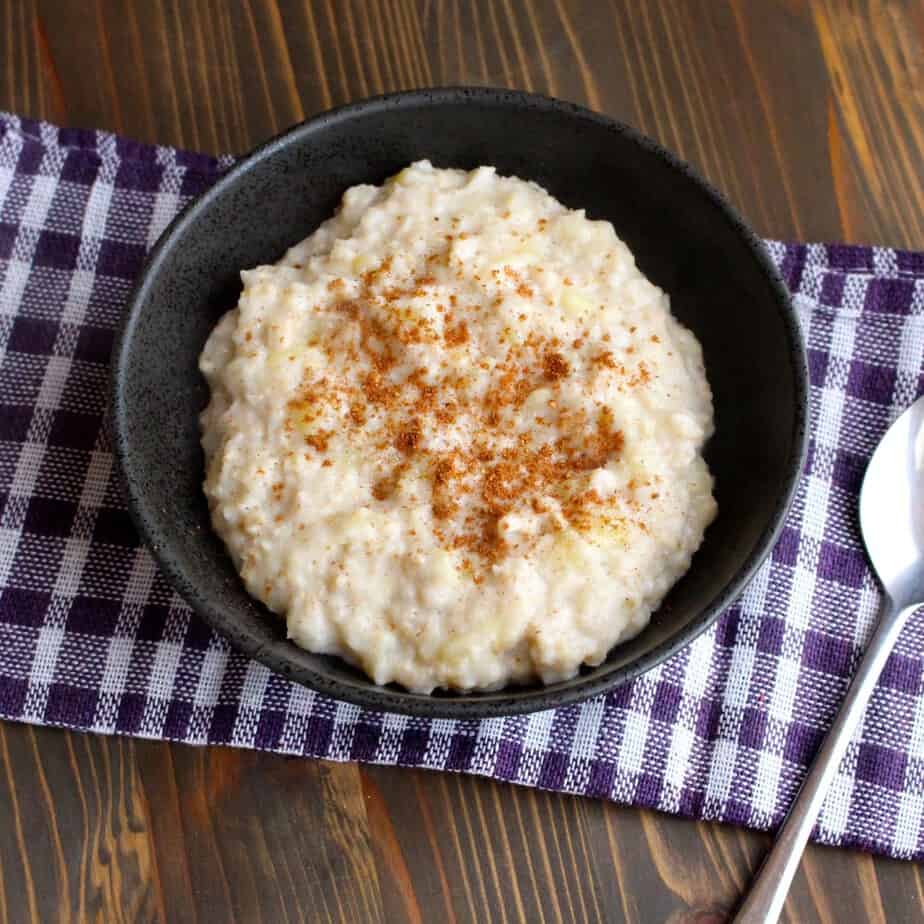 First of all, oatmeal made with only water tastes watery. That is a fact. Second of all, cooking the oats with sliced or mashed bananas makes it sweet and creamy without adding sugar. I like to reserve my sugar intake for dark chocolate, so I don’t really want to add it (or honey or maple syrup) to my breakfast everyday – especially if I can come up with another way. I mean, an ingredients list doesn’t get much easier than this. 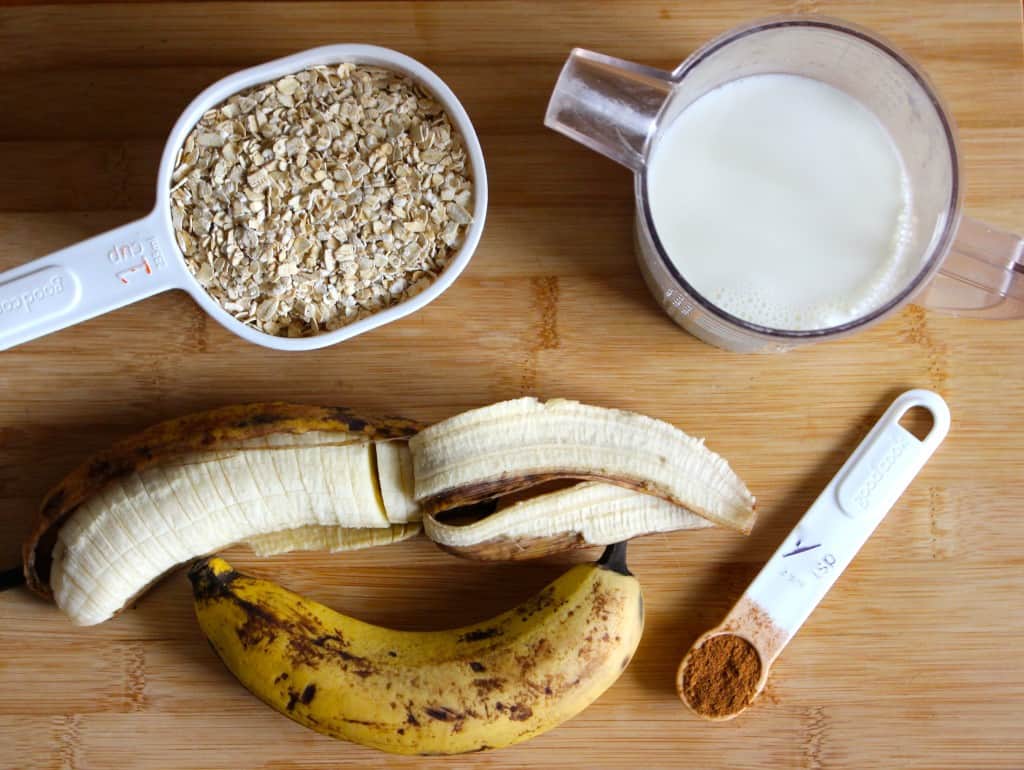 Sorry oatmeal haters, I’m jumping ship and now 100% on board with mashed banana oatmeal. And it’s SO cheap!

In other news, we’re in Seoul, South Korea this week, and it is awesome! When we arrived, it was 60 degrees, but the next day it plummeted to 30 degrees (F), and snowed on and off for 3 days. Strangest weather I’ve ever seen. Favorite foods so far? Bulgogi, Galbi Tacos, Kimchi (so many types!), and Chon (Korean pancakes). I’m so glad we finally made it to Korea!

I like creamy oatmeal, so I cook it over low heat until it’s nice and mushy. 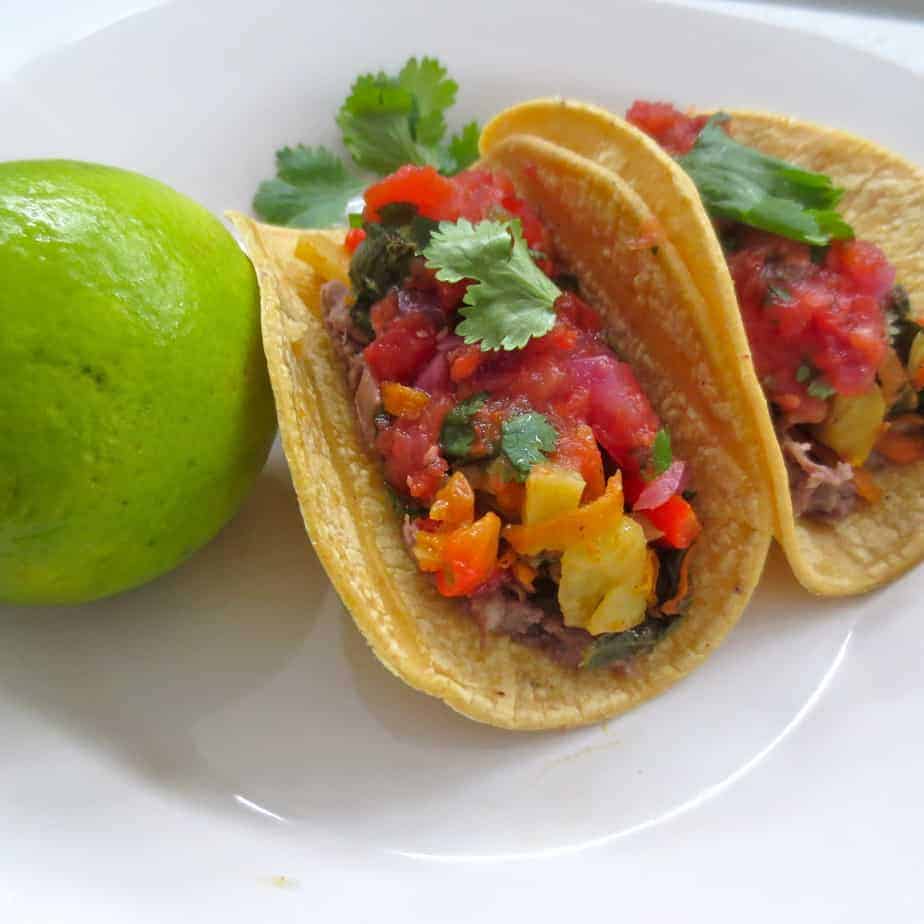