This one comes to you straight from Meh-hee-ko. My sister and her husband try to eat less meat and less cheese than the average Mexican. Mostly because they just eat a whole lot of it. That’s where these (so so so) delicious vegetable tacos come from. I’ve actually been waiting to post this until after my Spicy Lentil Lettuce Wraps were pushed down the front page, even though we made this particular photographed batch of tacos before that one. And now, it’s CINCO DE MAYO, so this is an appropriate time to post something a little Mexican. (Even though it’s not a real holiday celebrating real independence of Mexico or anything. I can thank my cuñado {brother-in-law} for that information.) 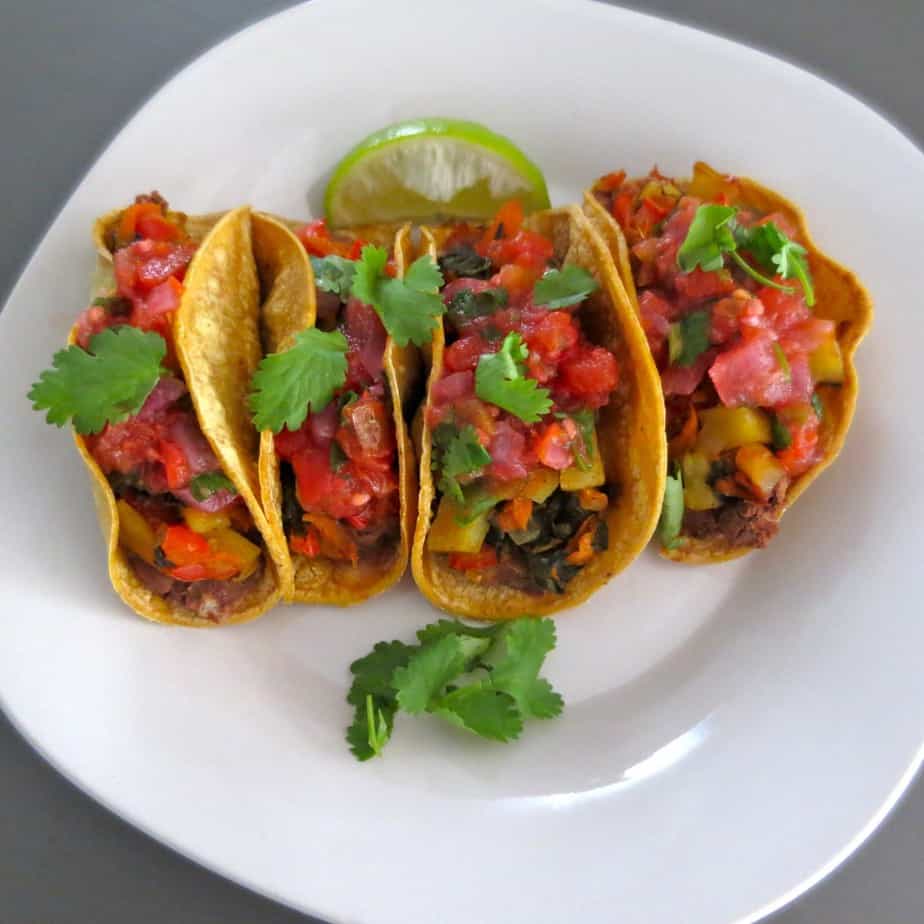 We’re going to a Cinco de Mayo BBQ this afternoon/evening, but I think I would rather stay home and make these. {Anti-social much?} But no, I have to put on some big-girl pants and try not to face-plant in a bowl of guacamole. Also, we just had the hottest heat wave over the last week. And today it finally broke. Today being the only day Zac and I both don’t have full days of work and might actually get to take advantage of sunshine and 85 degrees by doing fun things aside from sweating in the car during the work commute. Nope, back down to San Diego’s signature temperature of 70 degrees. SPOILED here, I tell ya.

Back to the tacos. They’re pretty much the best tacos of all time. I’m not really a fan of orange sweet potatoes, but the slightly milder yellow sweet potato is perfectly delicious in this dish. We used mini taco “slider” tortillas because they were the only organic option at the store, and I think I might like them better. They’re like street tacos. I’d like to really make corn tortillas from scratch, but I haven’t figured out if the Masa at the store is GMO or not, and there aren’t any organic options, so I’m steering clear for now. Plus, I don’t have a tortilla press so it seems like an impossibility without one.

Also, yes, they’re called “veggie” tacos here, cause that seems fitting, and that’s what my sister called them. I know some people have a war on the term “veggie,” but I’m not one of them. Sometimes it’s easier. The vegetables will shrink considerably in the oven, so it might look like a ton of food, but it will be a normal amount! 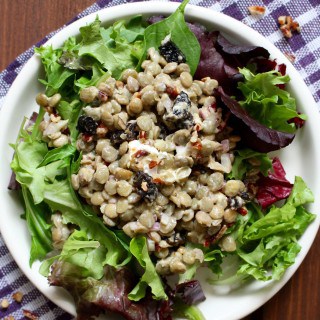