I’ve officially been in Japan for a week! It was kind of a rough week, with a LOT to do and not enough time to do it! The worst day was Thursday when I had very limited time to find food in the morning and nothing was open. I was frustrated and so hungry! The grocery store close to me doesn’t open until 10am apparently? Also, SNOW. It snowed yesterday, and then melted and turned to cold slush. Luckily I located my gloves and a warm scarf, but my boots were certainly not warm enough. So, yeah, Japan.

My slushie walk to work. FYI @zac_heisey, Yokohama weather isn’t “just like San Diego” at all.

Back in the states, the Super Bowl is on the horizon. If you don’t care about football (like me!), you’re probably in it for the snacks!!

San Diego party appetizers, football foods, and Superbowl snacks generally consist of guacamole, chips and salsa, and variations of those basic ingredients. But you can easily stray from the standard fare for some impressive real food snacks.

Without further ado, I’d like to introduce a list of delicious real food recipes for your game-watching gathering. You really don’t have to fill up on tortilla chips and sugar. Make a few of these snacks, toss together a fruit and vegetable tray, and you’re good to go! 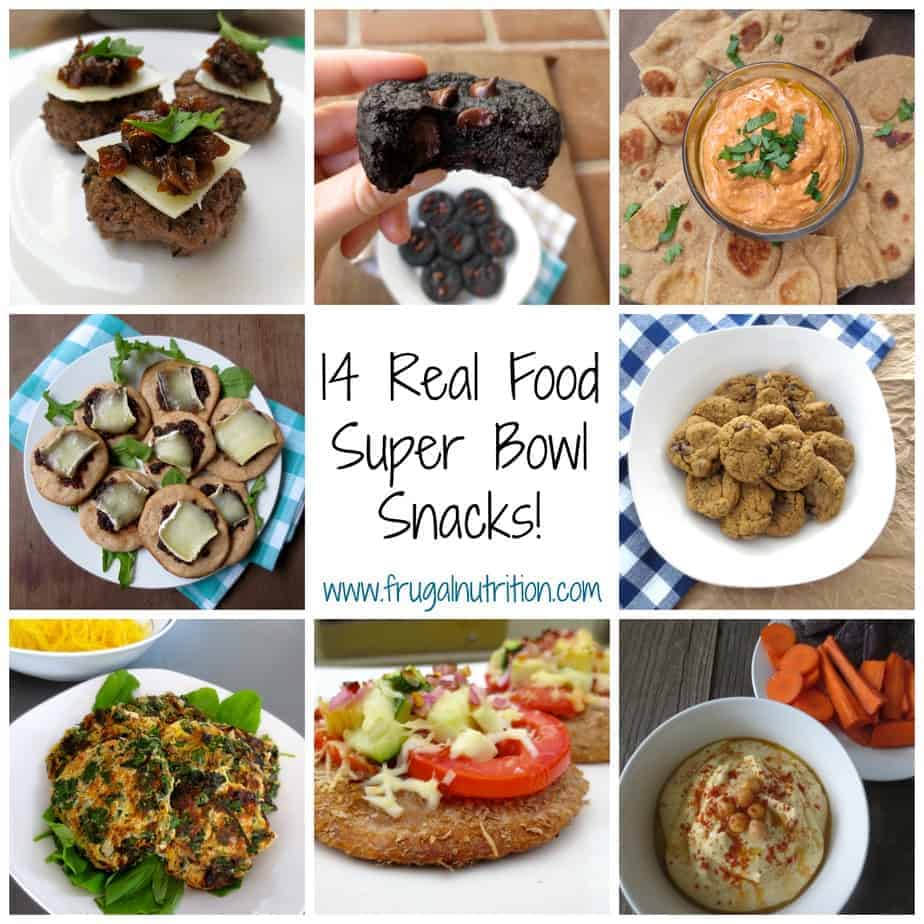 I don’t know how much more you guys want to hear about these babies, but they are DELICIOUS. I don’t know why I didn’t make them earlier in my life. I could have eaten empanadas all year long in San Diego! But, alas, I waited until it was almost time to leave before making them. So, here is my gift to you: a delicious empanada recipe for you to enjoy. Make ’em mini for a crowd. 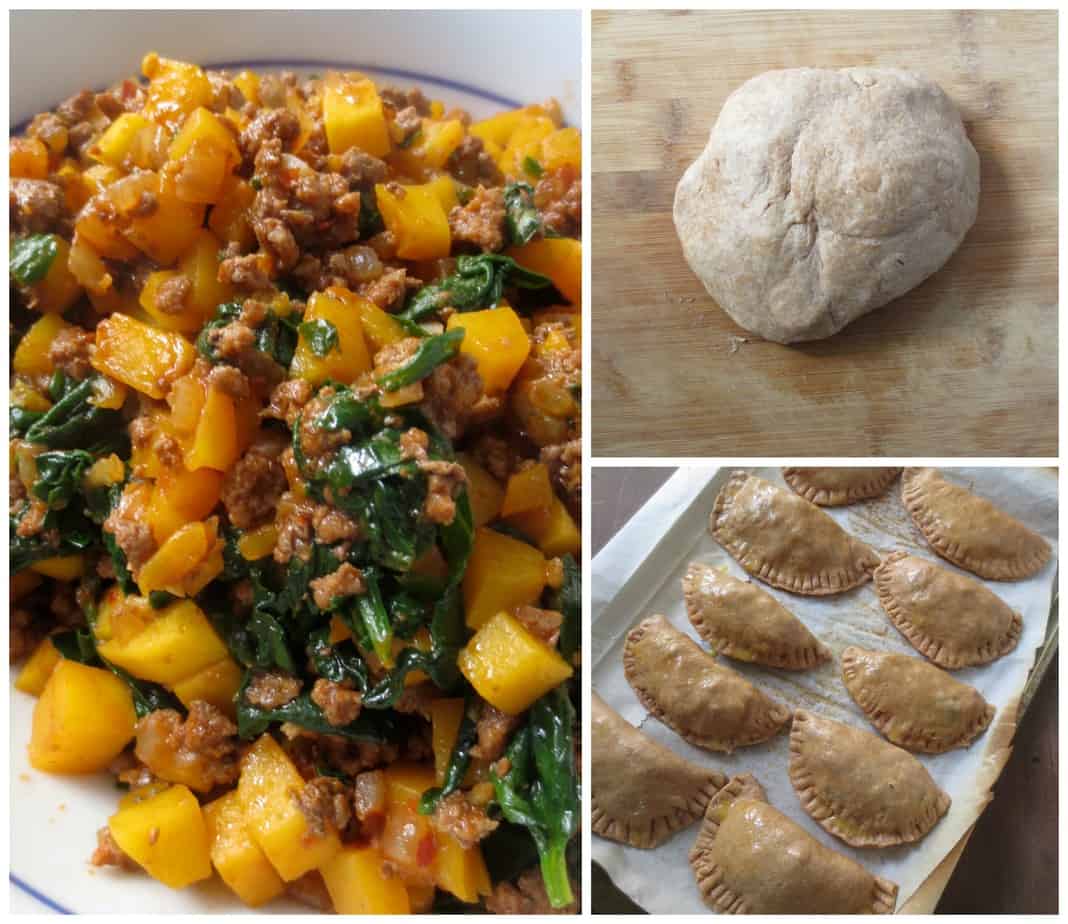 Fig + Brie = perfection. I used homemade whole wheat pizza dough for the base, but you could make it easy on yourself with Trader Joe’s whole wheat mini pitas! Or sliced baguettes work well also. This is a really simple recipe to throw together, and if you’re in a pinch, go ahead and use some store-bought jam or preserves. Look for the least processed option without additives, and the least amount of sugar! 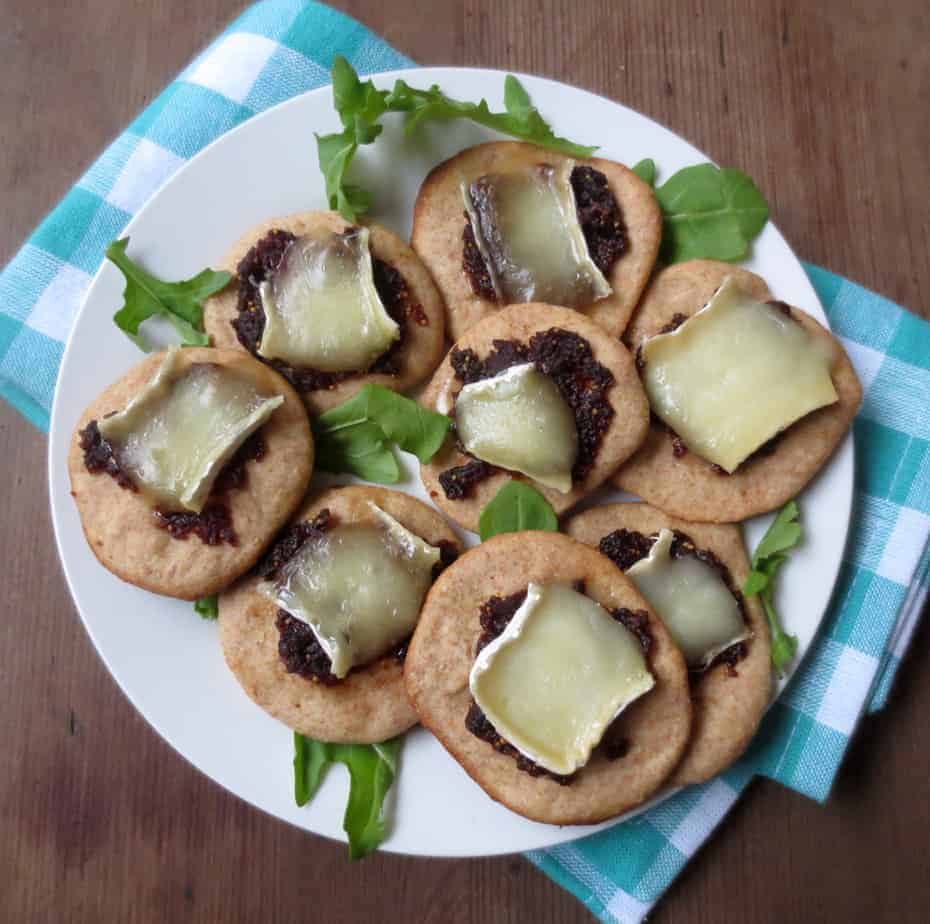 These were a really fun challenge last year, and the mixture was DELICIOUS. I loved having these extra lasagna cups in the fridge and smothering them in sun-dried tomato feta dip. My friend adapted the recipe by skipping the lasagna “noodles” and using spaghetti squash. If you want some thing gluten-free that’s a great idea! This is a good meal-like snack to soak up all that beer. 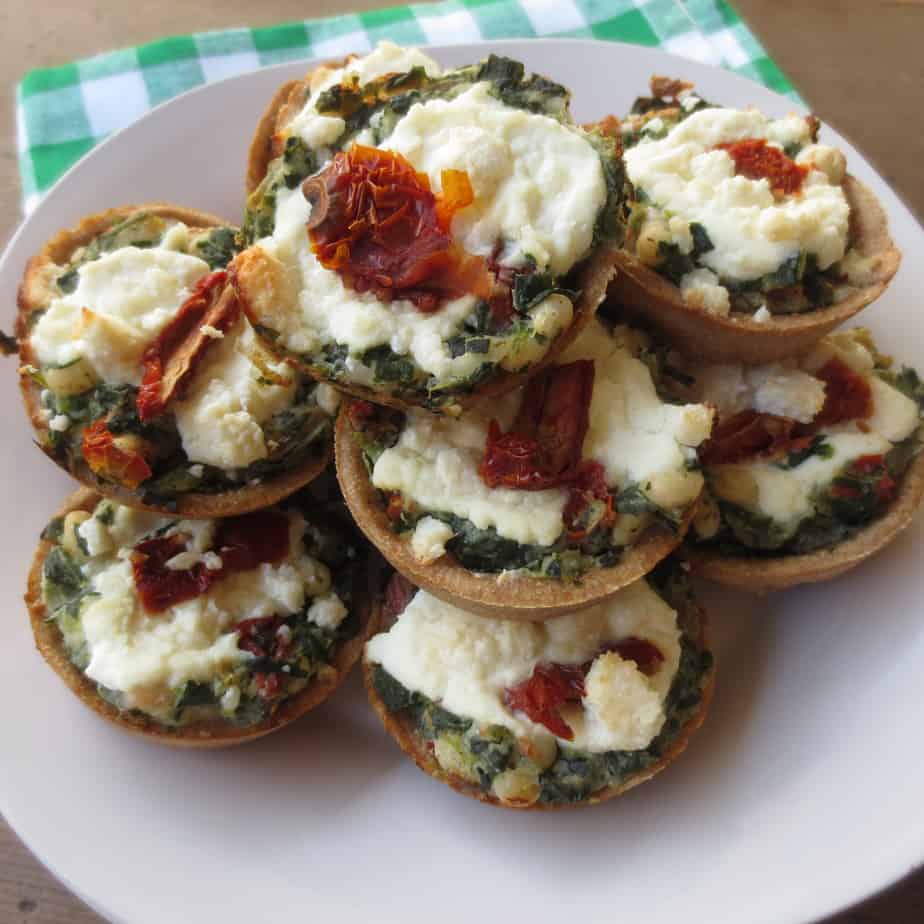 This is one of my most favorite recipes of all time, and I really love serving it with horseradish honey mustard. It’s PALEO, so that’s always nice! You can cut these into smaller cubes to make nuggets for a crowd instead of strips. Double the recipe and save a few for yourself! (They’re great as is, or on salad.) 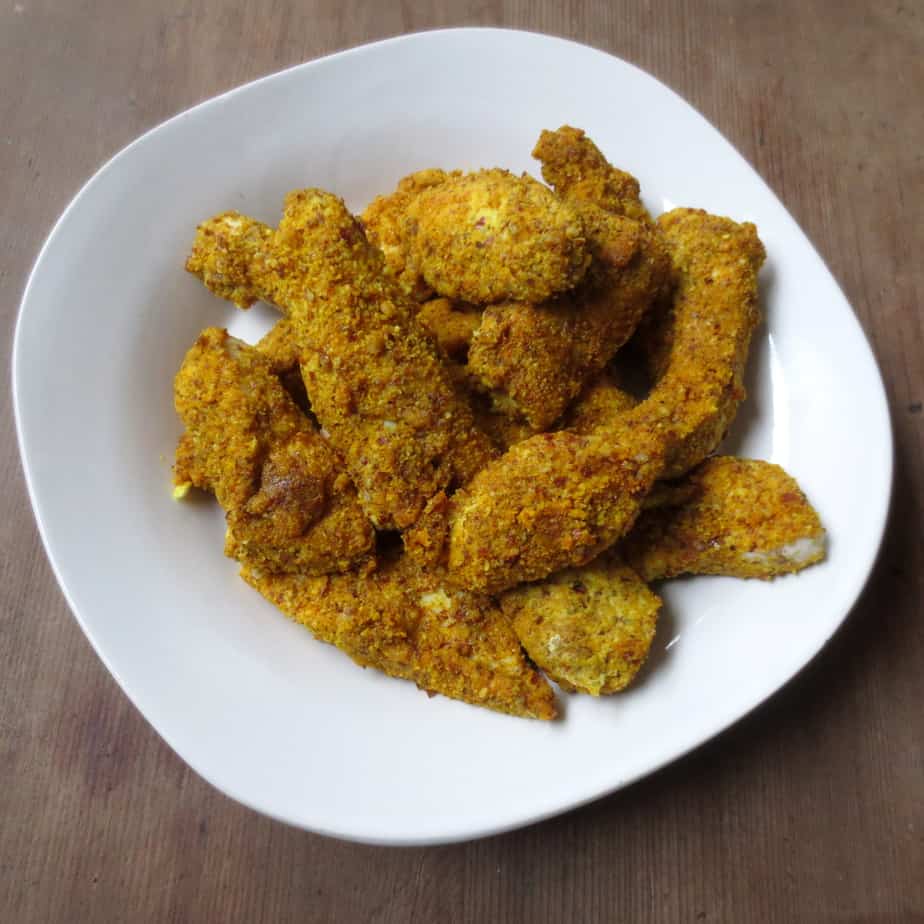 I don’t have a specific recipe to link to here, but they’re pretty self explanatory. Get a bunch of whole wheat pitas of any size and top ’em with your favorite pizza toppings, then bake them on 450ºF for about 10 minutes. This is a really basic option that you can get really creative with. Try fennel & ricotta, or ham & pineapple, or even BBQ chicken! Cut the pitas in half or quarters if they’re too big. 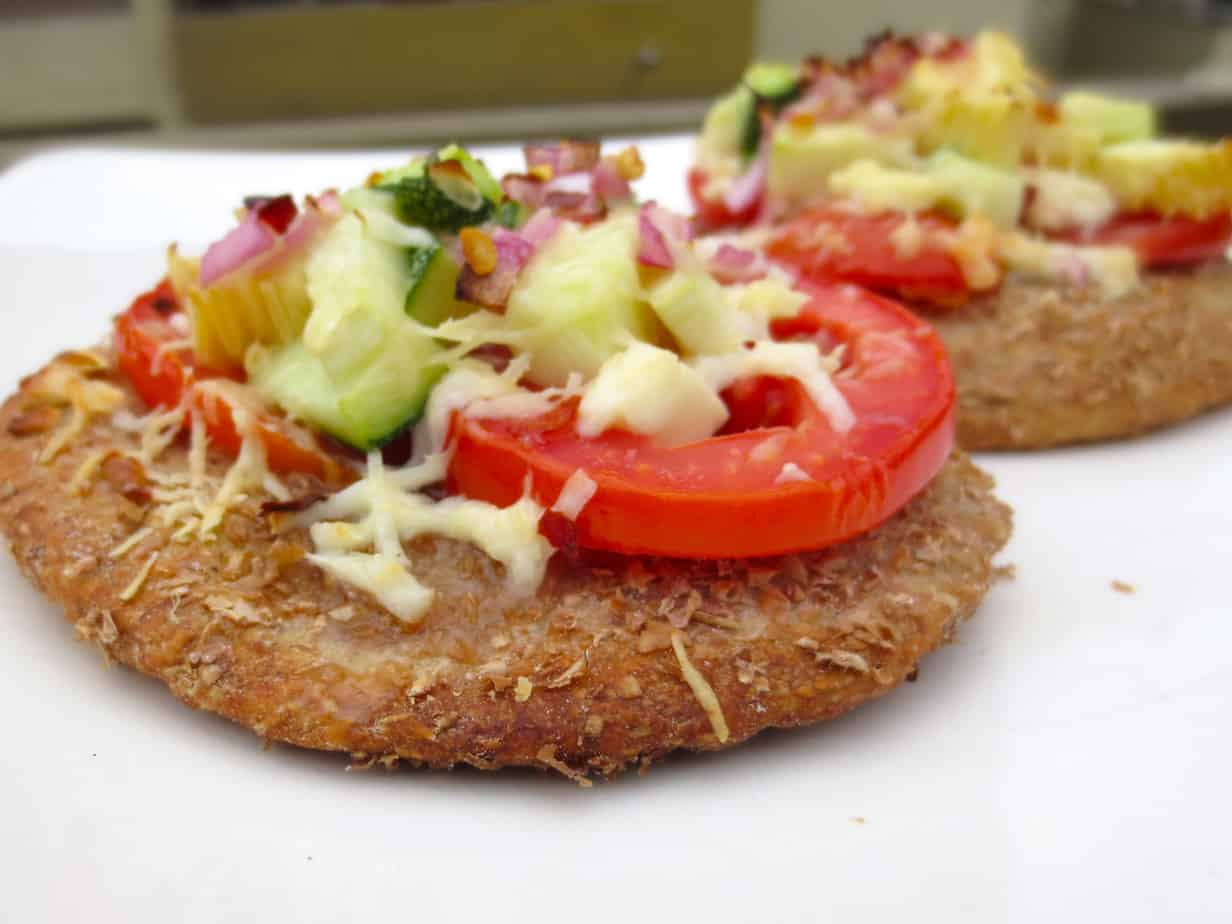 This remains one of the most popular recipes on the blog – and I have to say there’s a good reason for that. Though these spaghetti squash cakes were delicious FRIED in coconut oil, they’re still good baked in the oven, and you can make them all at once, rather than in batches. Make them even smaller than the recipe says and you’ll have a Paleo-friendly snack for a crowd. 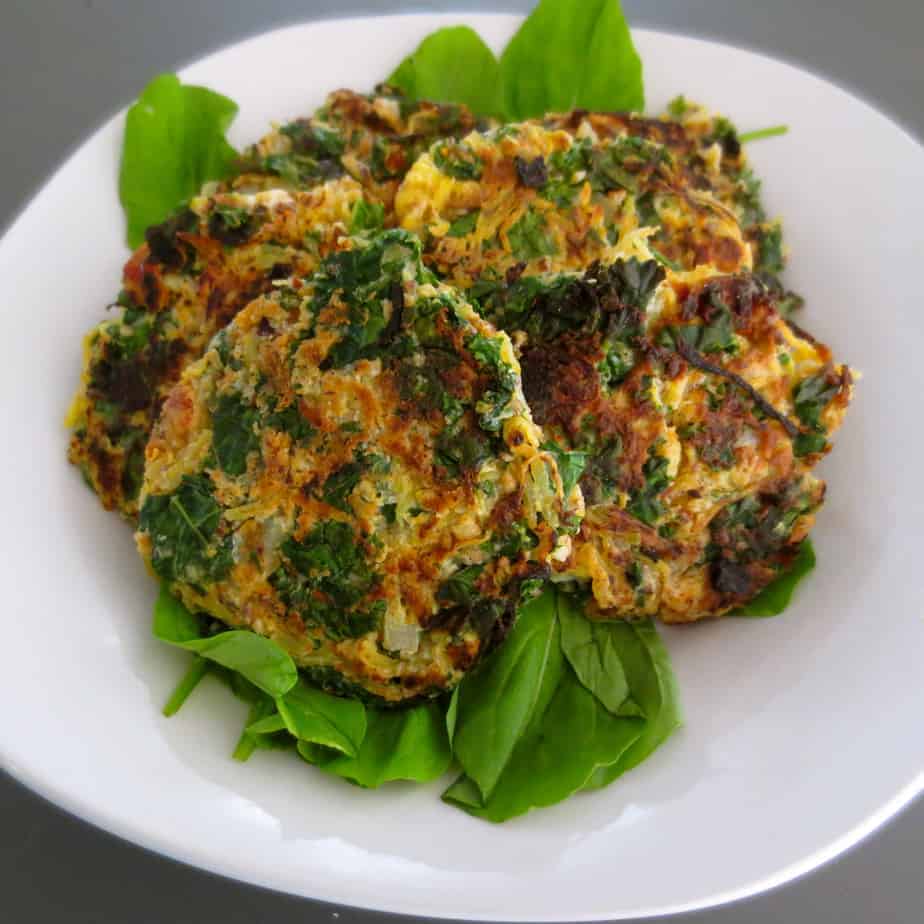 One word: Cute! These little burgers are even smaller than sliders, making them a perfect one- or two-bite snacker. Just form grass-fed ground beef into little burgers and press them flat, then cook them on the stove top for a couple of minutes on each side. Top with sharp cheddar, brie, or blue cheese, and caramelized onion jam (with or without bacon)! 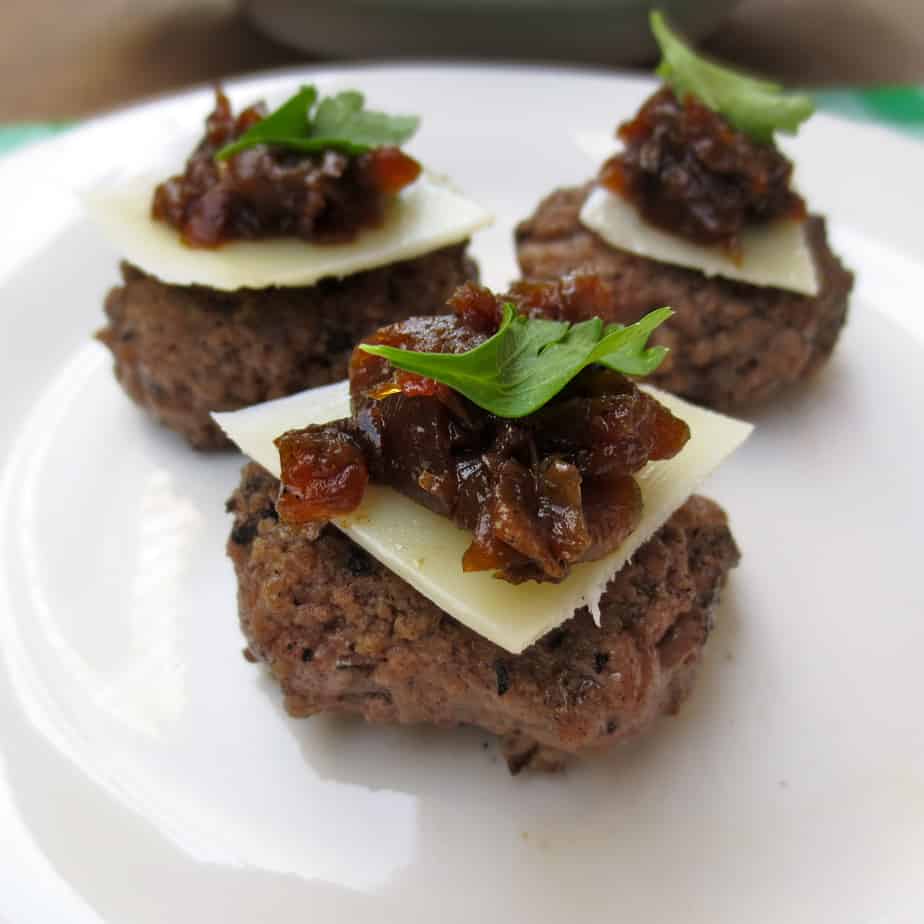 I don’t know what to say about this other than it is so completely delicious you won’t even want to share it. How could you go wrong with sun-dried tomatoes, feta, garlic, and yogurt? Answer: YOU CAN’T. If you make nothing else on this list, make this one!! Be sure to double the recipe for a football-watching crowd! 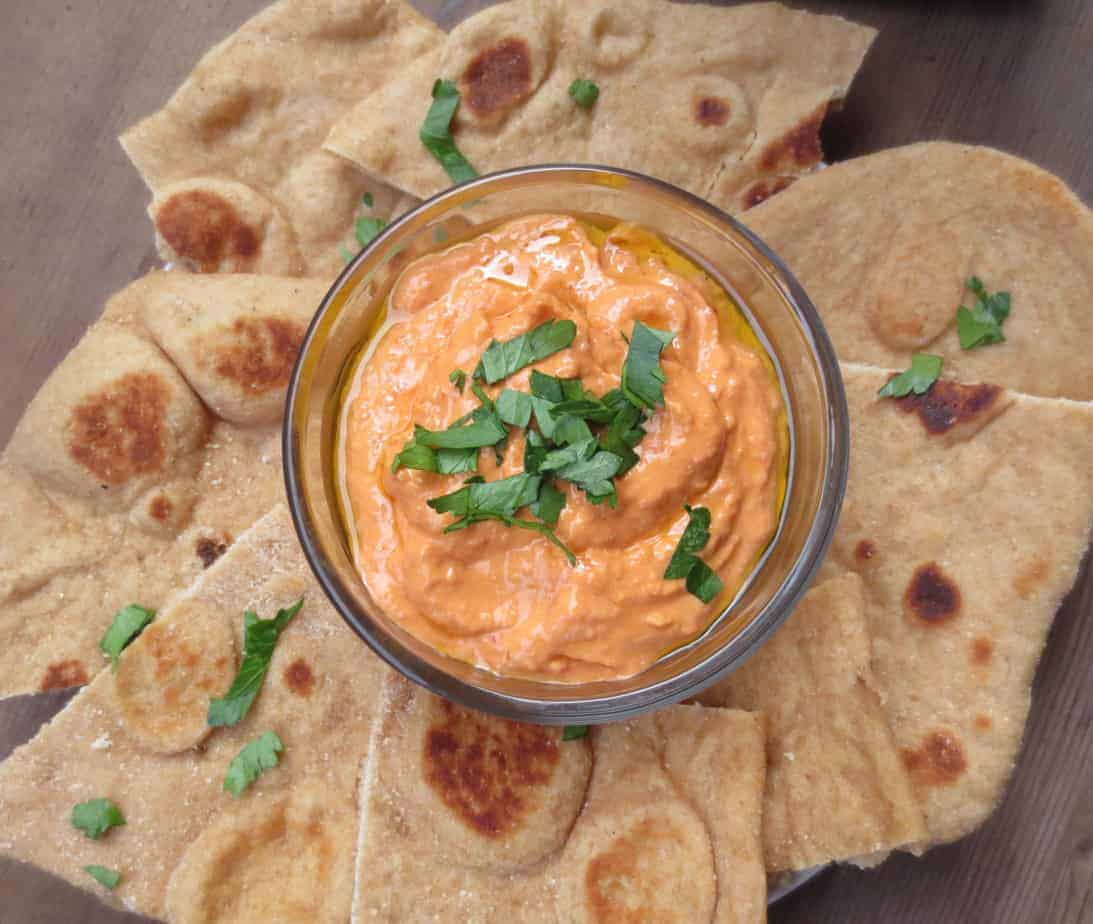 I’ve shared this a lot of times. And I talk about it a lot. And if you’re not the kind of person that likes to eat straight refried bean dip with a spoon, you’re about to change your mind. Although it is great as is, to make it snack-able, you can whip up a layered dip with pico de gallo, cheese, guacamole, and, um, whatever else goes into a 7-layer dip thing. Either way, make the beans. 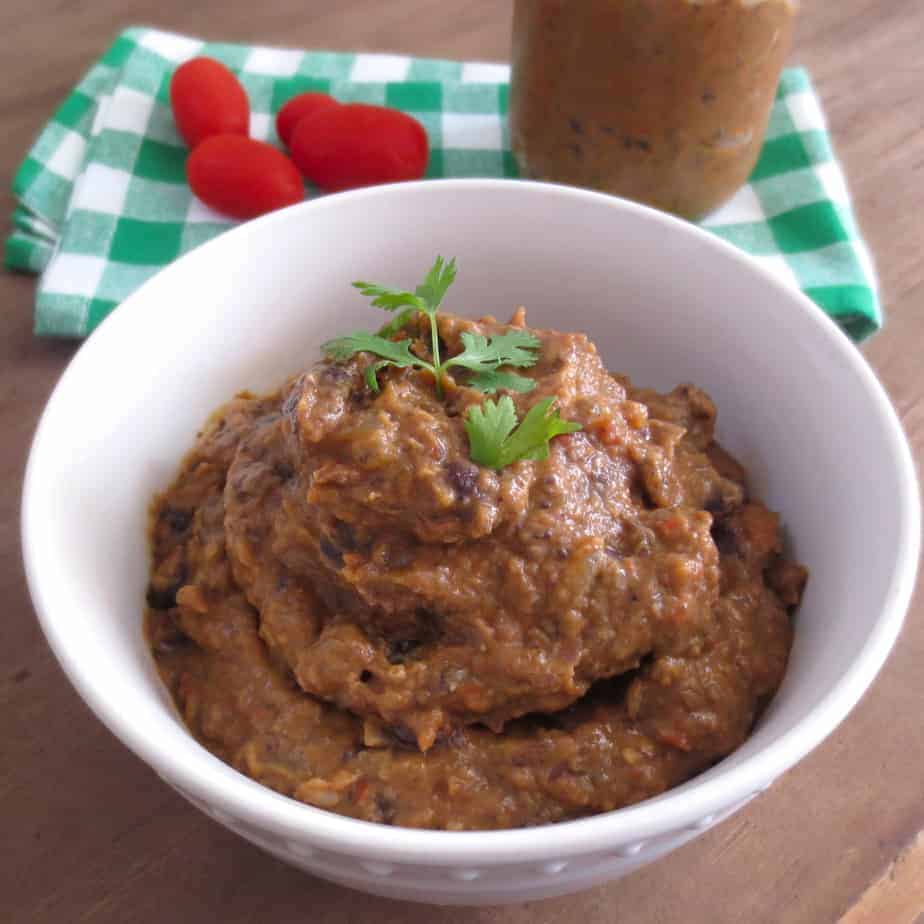 Dill is so in season right now! This is a lighter sauce that can be made with either Greek yogurt or plain regular yogurt. Be sure to drain the cucumbers first so it doesn’t get too soupy/saucy. And then put the leftovers on ALL THE THINGS. 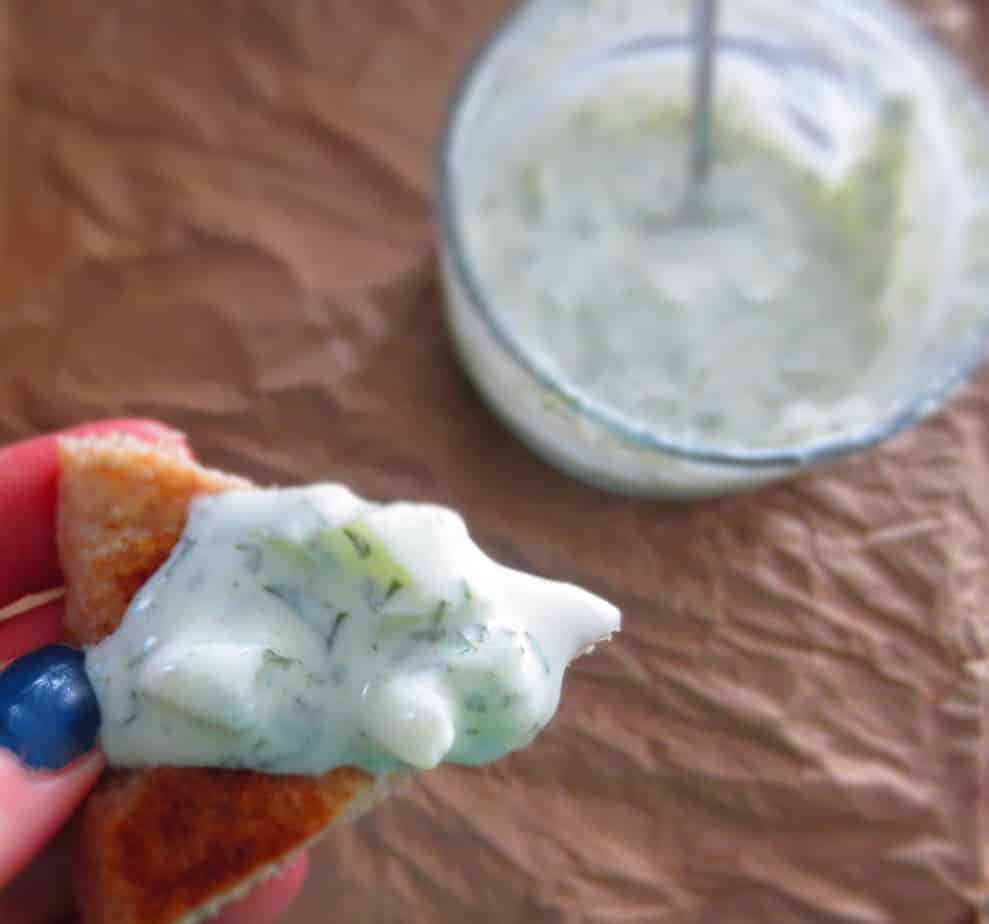 The secret is to overcook the chickpeas so they blend well, and then use a little more olive oil to get the right consistency. Voila! Perfect homemade hummus. Smooth and awesome. 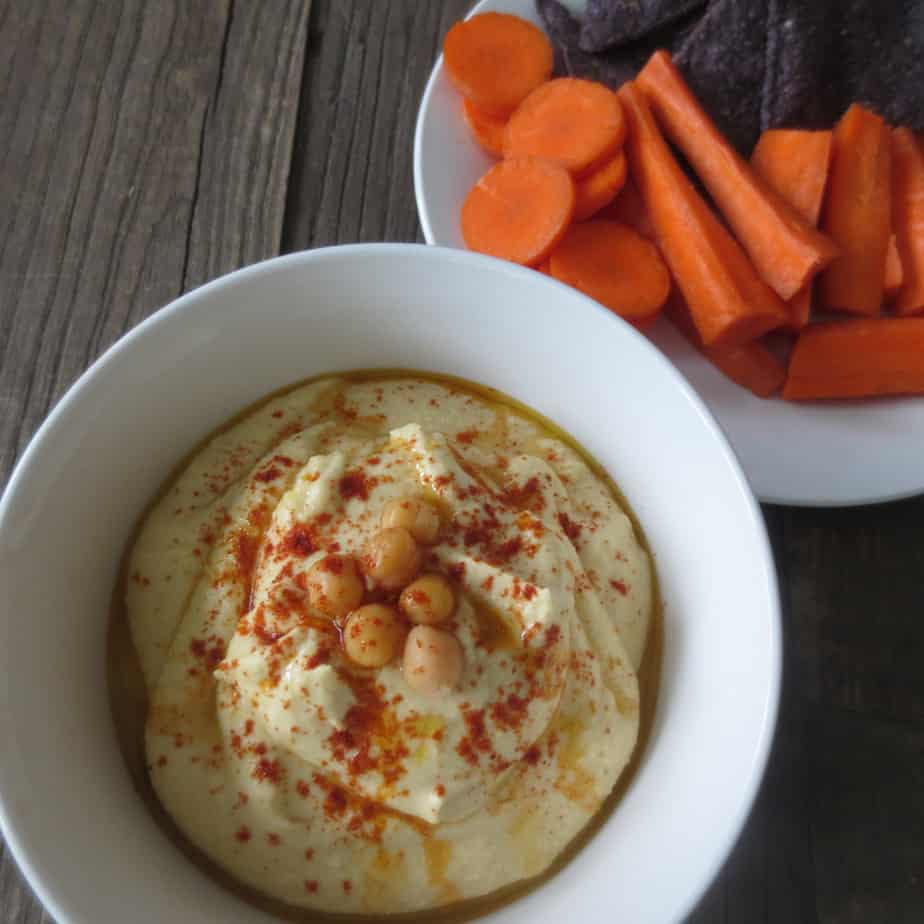 They’re simple, they’re fast, and you can’t mess them up. If you’re into super sweet things, I highly recommend a little cream cheese-maple glaze on top. I love these lemony cookies for breakfast, and with almond meal, chia seeds, and dates, they’ll give your super bowl snackers much-needed energy! 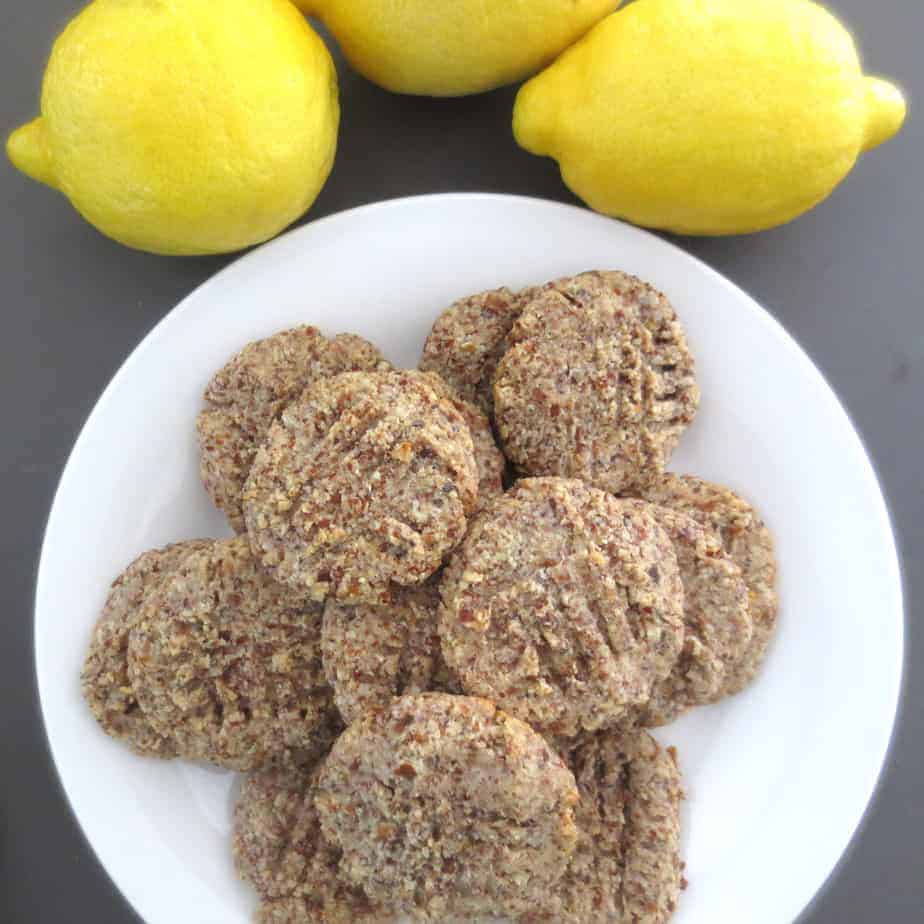 Okay, this is technically a cheat. Because I used some white sugar, and some molasses in this recipe. But only 1/2 a cup of white sugar! For 30 (small) cookies. It’s not that bad – and definitely waaaaay better than any cookies at the grocery store. 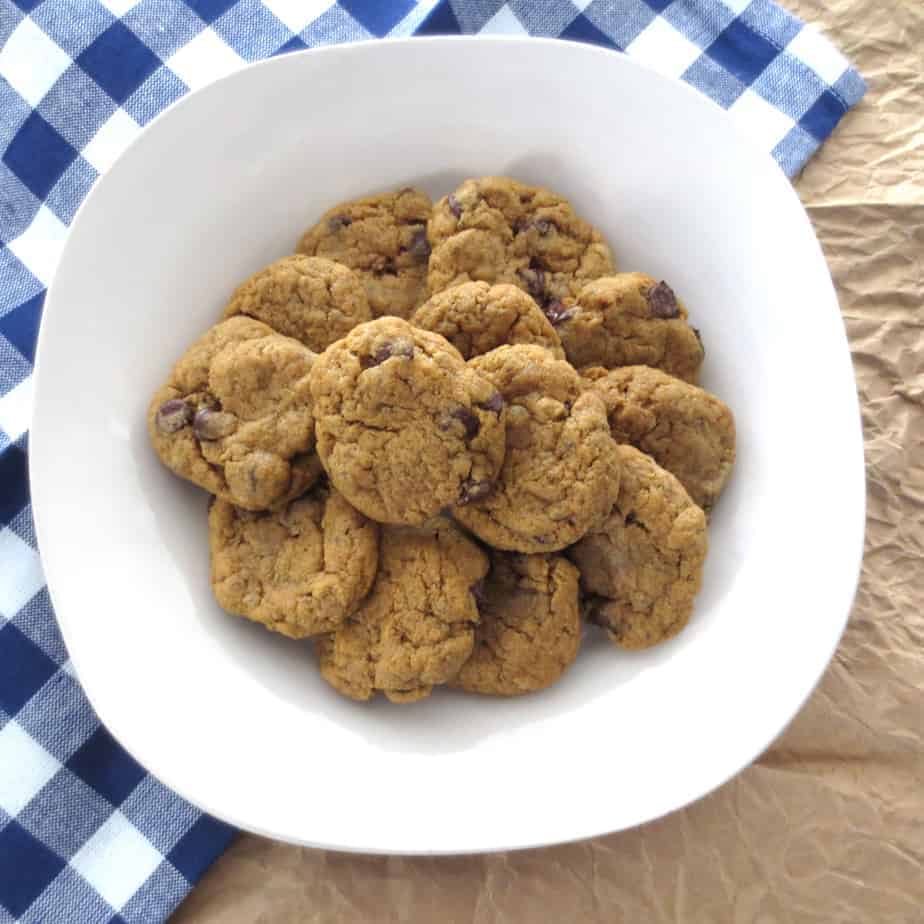 This might be the pièce de résistance. Brownies!! Take that delicious Plantain Brownie Cake recipe and replace all or most of the maple syrup with date syrup. Pour it into muffin cups instead of a skillet, and voila! Choooooocolate. I would probably do a lot of things to get my hands on these brownie bites right now! Make them, take pictures, and let me live vicariously through your happiness. Also, add ice cream. 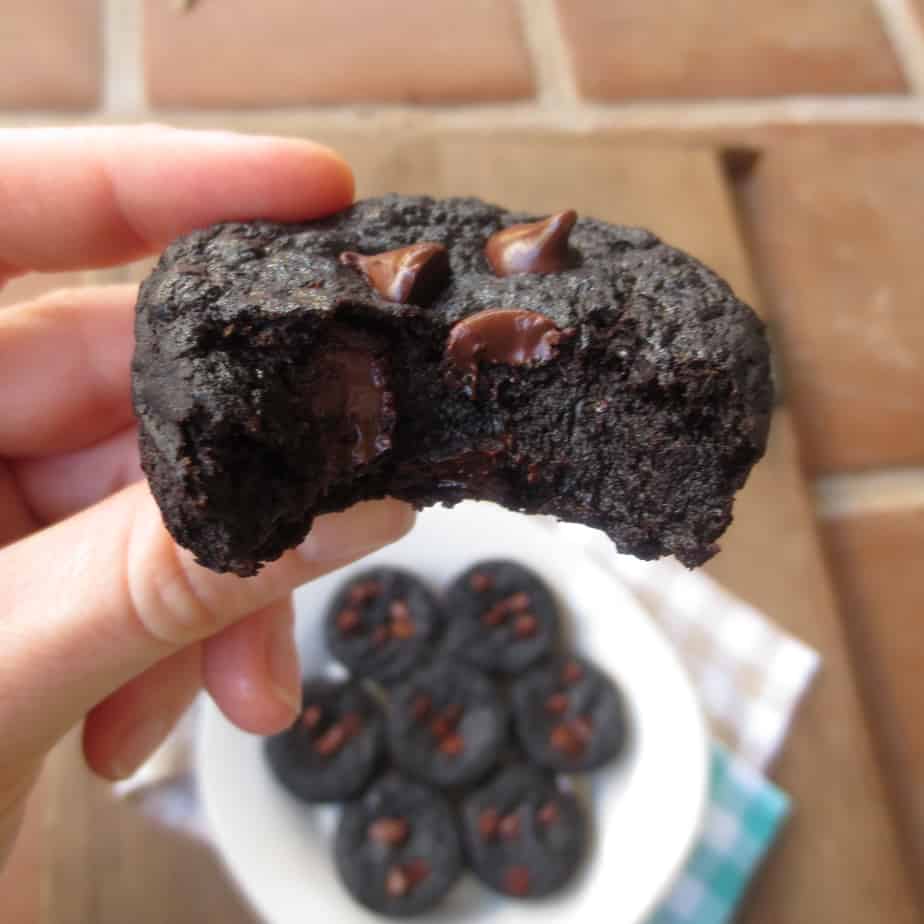 And that’s all she wrote! Have a happy Super Bowl weekend and I’ll see ya next week. 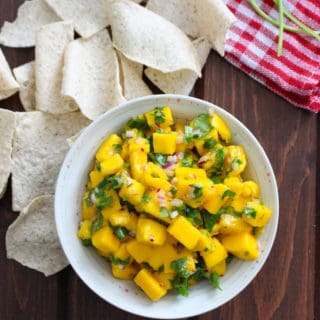